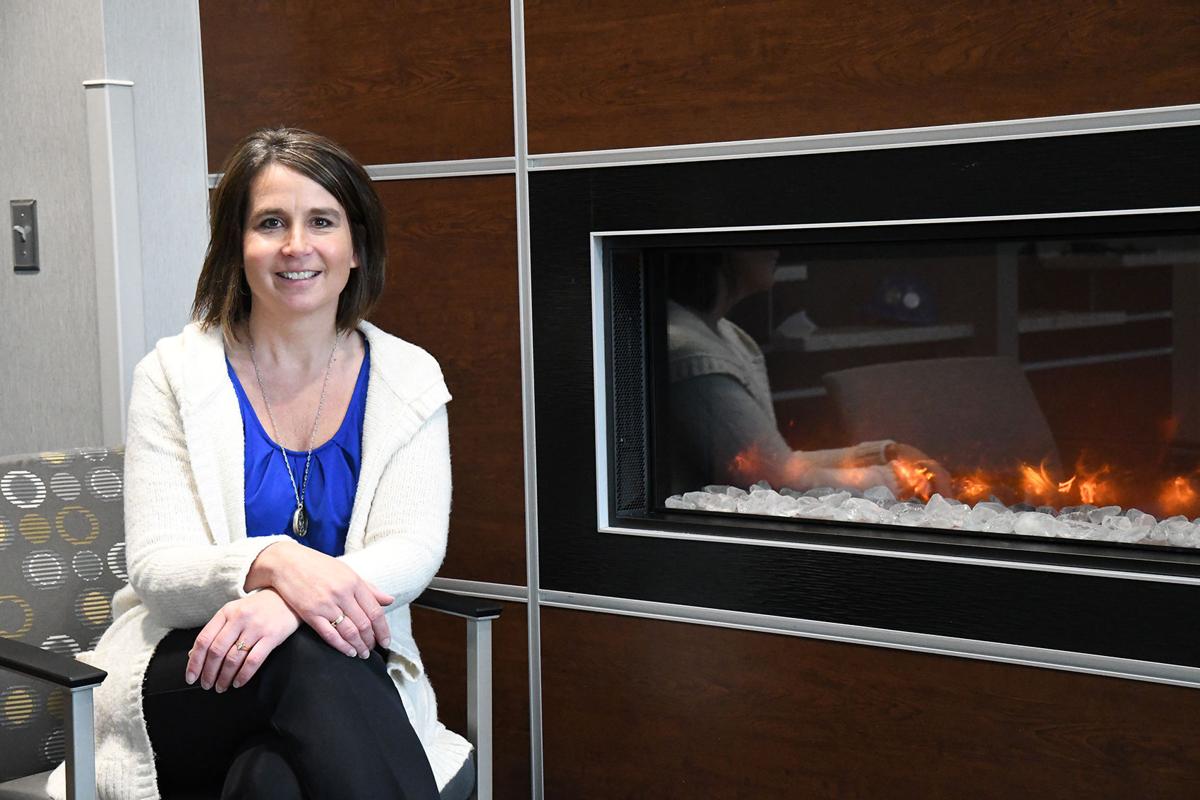 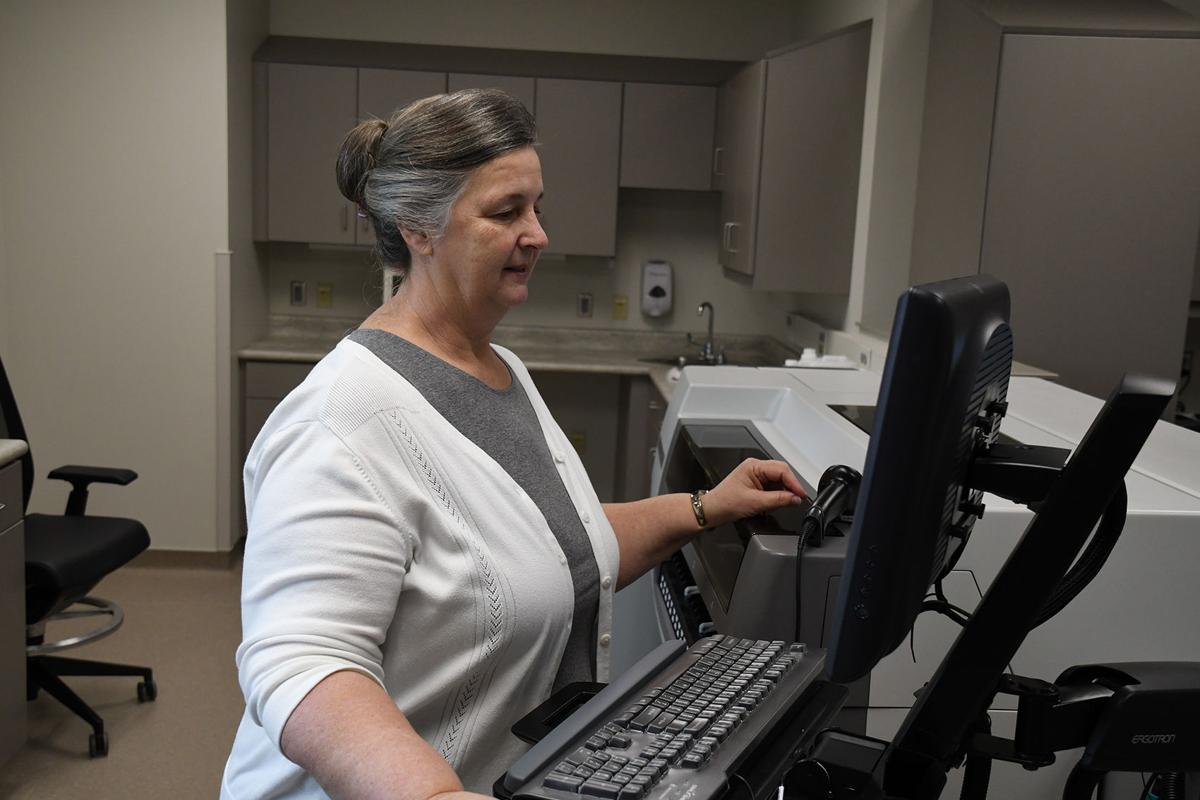 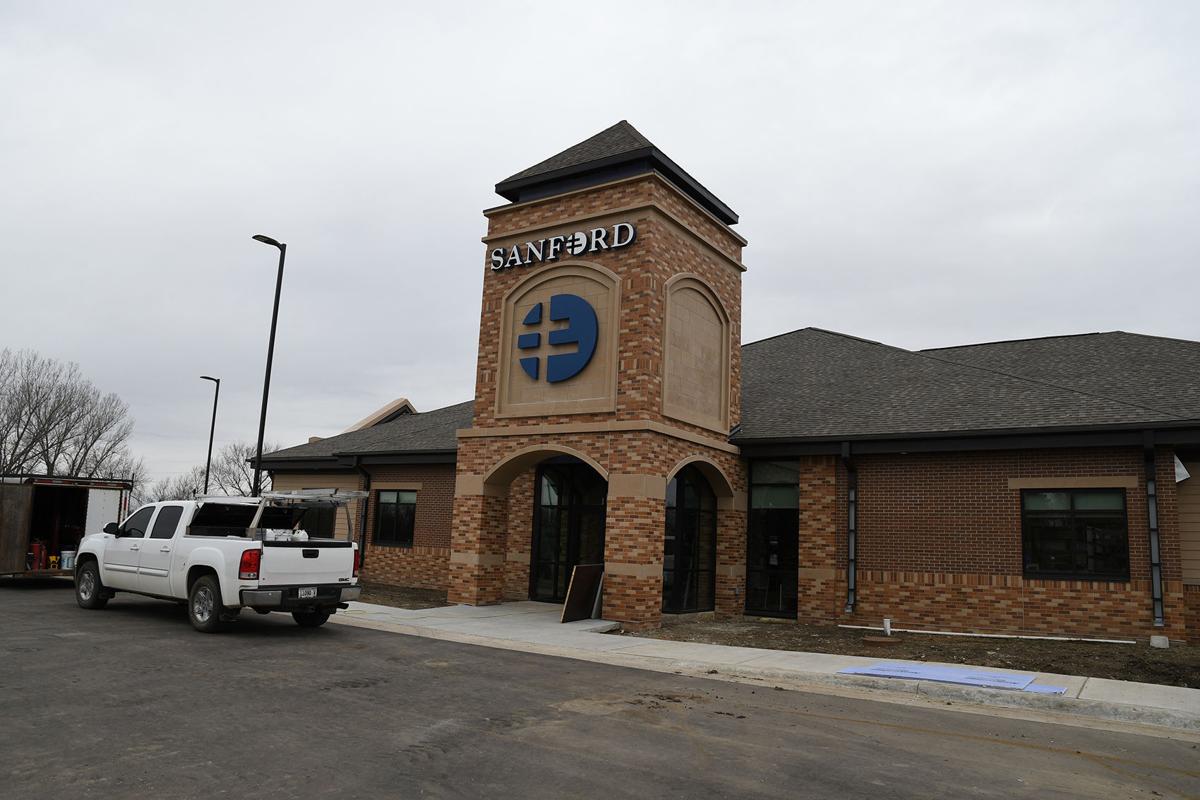 The approximately $5.15 million Sanford Health Rock Rapids Clinic is scheduled to officially open on Wednesday, May 1, in the Lyon County seat community of about 2,550.

“It’s been wonderful,” she said, noting that the project superintendent, Jayd Borman, lives in Rock Rapids. “He’s just had such a vested interest in the project.

“His attention to detail has just been great, so I couldn’t have asked for anybody better to do our project with,” she said. “It’s been great.”

Loosbrock said there is not much work left to be completed on the building project. Staff training at the new Sanford medical clinic will begin soon.

“They’re just in the process of finishing the tiny, little things, like touching up paint,” she said. “For the most part, the big stuff is all done. We have the furniture for the most part delivered. Equipment’s been coming in.”

The dates for the major move from the Sanford Rock Rapids Clinic at 803 S. Greene St. in the central part of the city to the new multi-specialty medical facility are Friday, April 26, and Monday-Tuesday, April 29-30.

“We will slowly take things out of our current facility that we may need to move over,” Loosbrock said. “We have a lot of updated, new technology going into the new facility. It’ll be kind of a blend.”

“As part of the facility, what we’ve really been trying to do is tap into the technology and really look at the future of health care as things move to an outpatient environment,” Loosbrock said. “There’s been a lot of thought as to the future model of care.”

The new Sanford medical clinic will be served by two doctors and three certified physician assistants who will operate within:

About 30 people will work at the new Sanford medical clinic in Rock Rapids.

“All of my clinic positions I have for staff were immediately filled with all of the same staff that people are used to seeing,” Loosbrock said. “A lot of nurses with longevity and all of my providers from the current clinic are coming over that way, along with the current outreach providers that we have coming down.

“We’ve got a really solid base of providers that the community’s used to seeing, so it’ll be great to be able to take the same people, the same providers, and do it in a new location that has updated technology and is just a beautiful setting,” she said. “That’s kind of fun.”

The new Rock Rapids med­­ical clinic will mirror the out­­door features of Sanford’s main health-care facilities in Sioux Falls, including a central tower and a combination of brick and stucco exterior finishes.

Sanford has worked with Architecture Incorporated of Sioux Falls, the largest architectural firm in South Dakota, on the design of the new Rock Rapids medical clinic.

Ground was broken on the building project in March 2018.

Loosbrock again ex­­pressed how pleased she has been with Fiegen Construction’s work.

“They’re on time, they’re on budget, they’re on schedule,” she said. “It’s not often you can say that about a project. We’re happy with how that’s going.”

In early 2016, Avera Health, a regional health system based in Sioux Falls, SD, agreed to lease operations of the community medical center in Rock Rapids and clinics in Rock Rapids and George from the nonprofit Merrill Pioneer Community Hospital group beginning in May this year and lasting for a quarter century.

After years of leasing to Sanford Health, another regional health system based in Sioux Falls, the hospital group has partnered with Avera to build a new state-of-the-art critical-access hospital as well as a medical clinic for family medicine services in Rock Rapids.

That led Sanford to have its own new medical clinic constructed on the western edge of Rock Rapids because it would no longer have a hospital facility in the Lyon County seat community.

“This new multi-specialty clinic will be convenient for our patients in Lyon County,” said Eric Hilmoe, vice president of operations for the Sanford Health Network. “Sanford has been providing care in Lyon County since 1992 and this facility demonstrates our ongoing commitment to health care in the community.”

Loosbrock, the senior director of the new Sanford Health Rock Rapids Clinic, also is in charge of overseeing the Minnesota-based Sanford Luverne Medical Center and its medical clinic, as well as the Sanford medical clinics in Adrian and Edgerton, MN.

People are invited to tour the new Sanford Health Rock Rapids Clinic during a public open house 1-3 p.m. Saturday, May 4. There will be a ribbon-cutting ceremony at 1 p.m.

The medical clinic is located on the northwest corner of the intersection of Main Street (Highway 9) and Buncombe Drive on the western edge of Rock Rapids. The building’s address is 104 Buncombe Drive.

For more information, call the medical clinic at 712-472-3333 or visit www.sanfordhealth.org/locations/sanford-rock-rapids-clinic.

ROCK RAPIDS—Hundreds of people have seen the inside of Rock Rapids’ new community hospital and medical clinic, including a federal elected official.