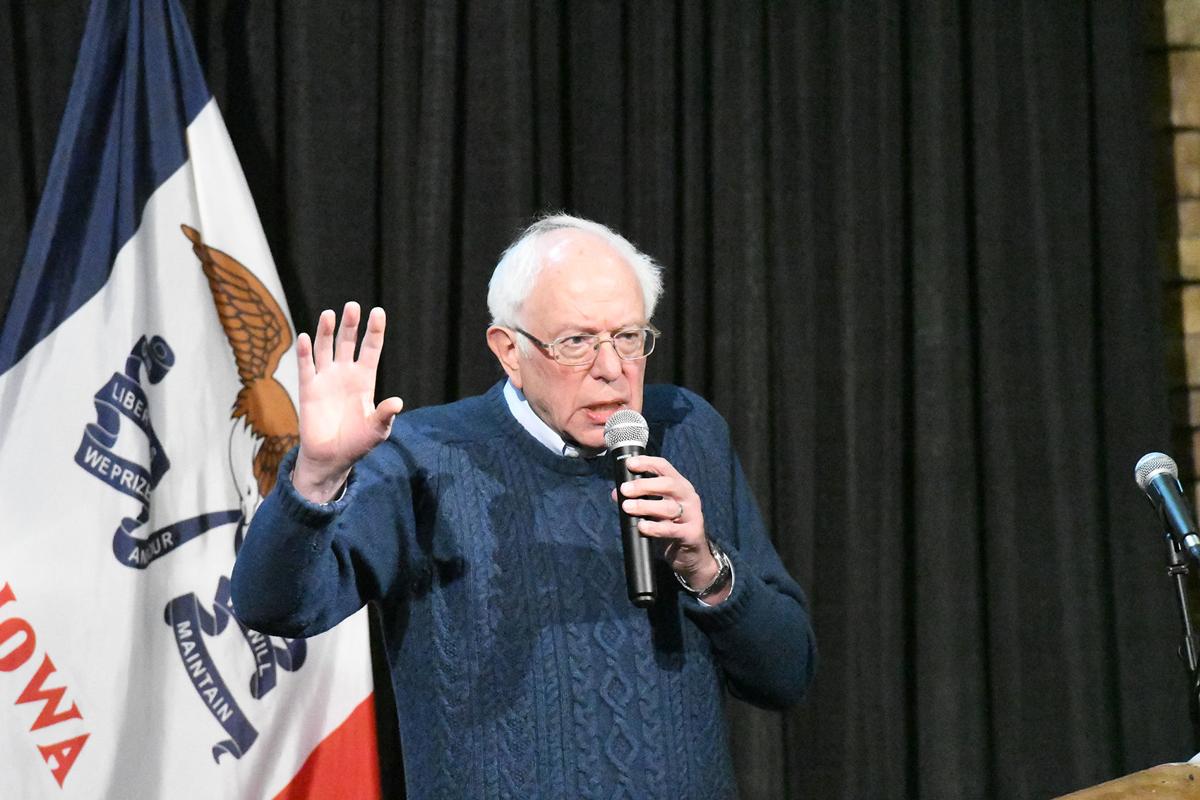 Bernie Sanders (I-Vermont) launches into his stump speech at his town hall Sunday. He advocated for a higher minimum wage, Medicare for All, the Green New Deal and free tuition at public colleges and universities. 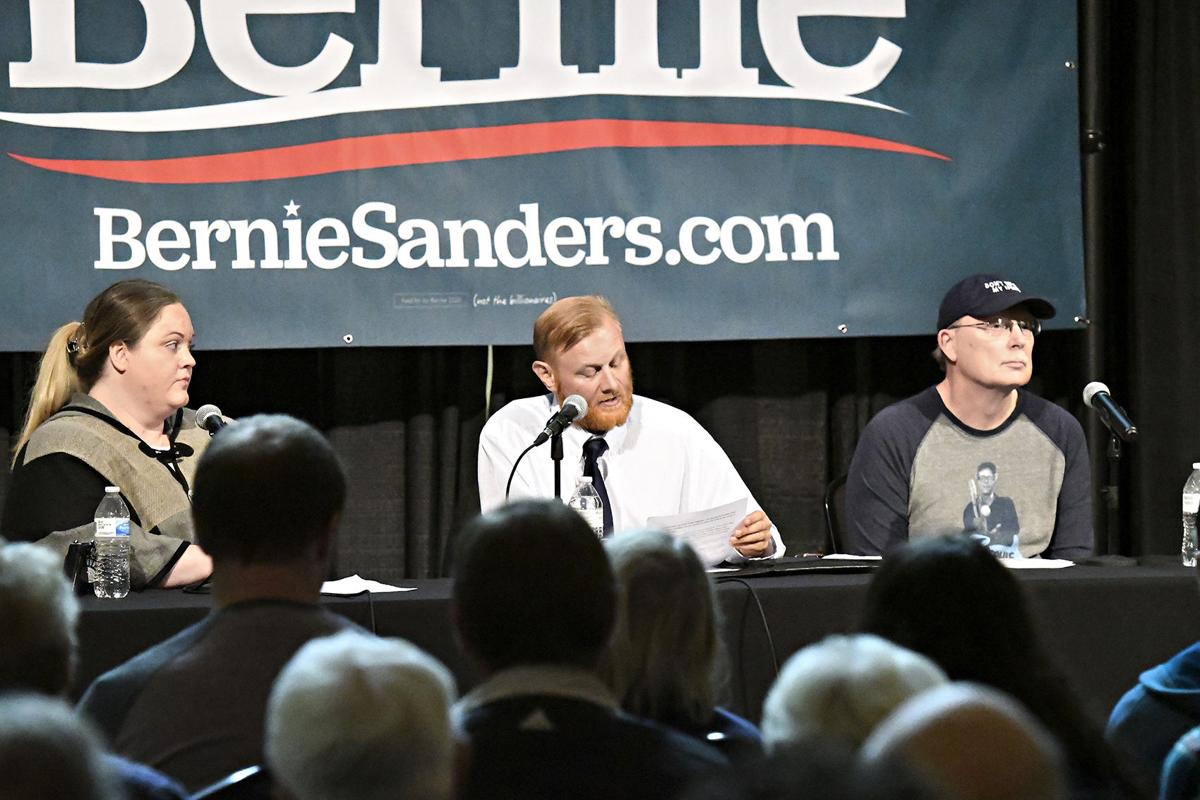 A panel of three Iowans spoke of their support for Bernie Sanders at his town hall: Jennifer Winn, an environmental activist from Hawarden; Matthew Jefferson, a geologist and conservationist; and Gary Davis, a retired maintenance engineer from Sioux City. 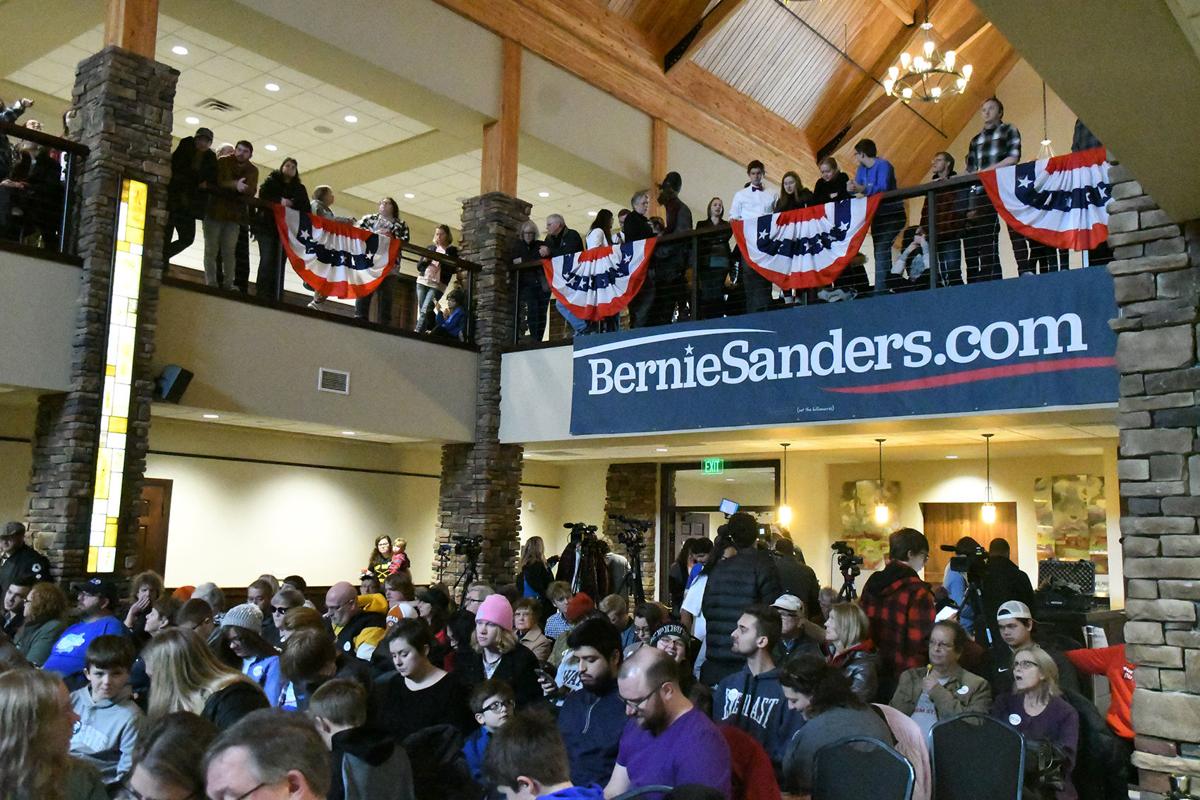 The event was specifically geared toward the topic of climate change and the need for environmentally friendly jobs, but the 78-year-old senator also addressed health care, child care, income inequality and the cost of higher education.

Onstage with Sanders were a panel of three Iowans who briefly spoke of their support for the senator and creating good-paying green jobs: Jennifer Winn, an environmental activist from Hawarden; Matthew Jefferson, a geologist and conservationist; and Gary Davis, a retired maintenance engineer for the Sioux City School District and a labor union member.

His approach to tackling climate change would be to implement policies outlined in the Green New Deal, a climate proposal that would seek to reduce greenhouse gas emissions by transitioning the U.S. energy system into one powered by renewable sources. The policy also would aim to create millions of good-paying jobs for working-class people.

He said states such as Iowa already are leading the way in renewable energies, since about 35 percent of the state’s electricity comes from wind power.

“Instead of having a president who denies the reality of climate change, you’re going to have a president who will lead the world in transforming our global energy,” Sanders said.

During his speech, Sanders also argued the United States is becoming an oligarchy, where the wealthiest individuals can either pump money into their own political campaigns or bankroll the campaigns of their preferred candidates.

“That is not democracy, that is oligarchy,” Sanders said.

He also made the case for increasing the minimum wage to $15 an hour — and addressed criticism he has received for that policy during his last presidential bid.

Another cornerstone of Sanders’ campaign is passing Medicare for All and reducing the price of prescription medications.

“Medicare for All means is that because we are funding the system public, out of the public tax base, it means you walk into any doctor you want to. Freedom of choice. You do not take out your wallet or your credit card,” he said.

His plan would be rolled out over four years: In the first year, the qualifying age for Medicare would drop to 55, then to 45 and 35 during the next two years. By year four, everyone would be eligible for the program.

A 66-year-old self-employed man named Miles said his wife has cancer and they would be facing $21,000 a year in out-of-pocket expenses.

“We’re on Medicare Part A right now. Self-employed. But this will put an indefinite postponement to my retirement,” he said.

Sanders responded by saying his health-care plan would be comprehensive and would cover everyone no matter their medical needs.

The students were supportive of Sanders’ plans to switch to a single-payer health insurance program and reduce the cost of higher education.

“I’ve kind of loved him since like the last election,” Schaeffer said. “I’m finally old enough to vote now, and so I just really think it’s important to be educated and see people when you can.”