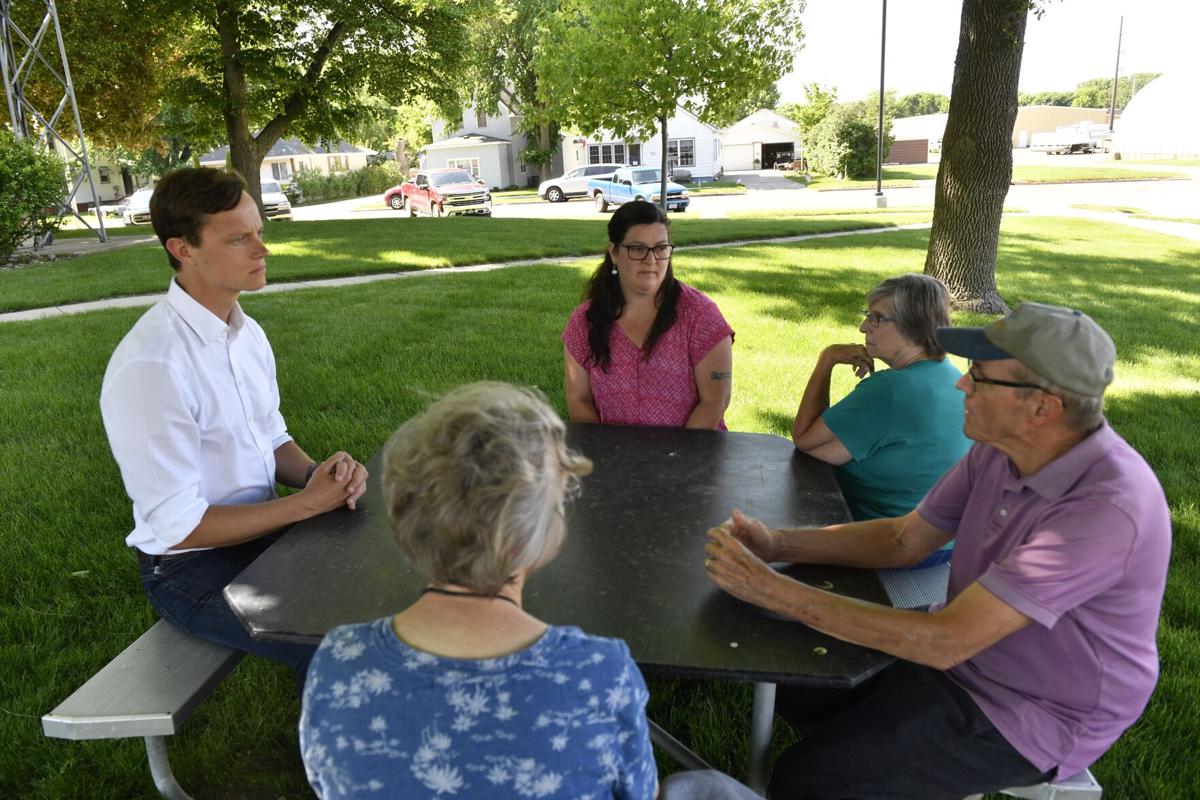 Iowa auditor Rob Sand listens while Rock Rapids resident and Democrat Richard Reitsma asks a question during his the oversight official's visit to the Lyon County Courthouse on June 2. 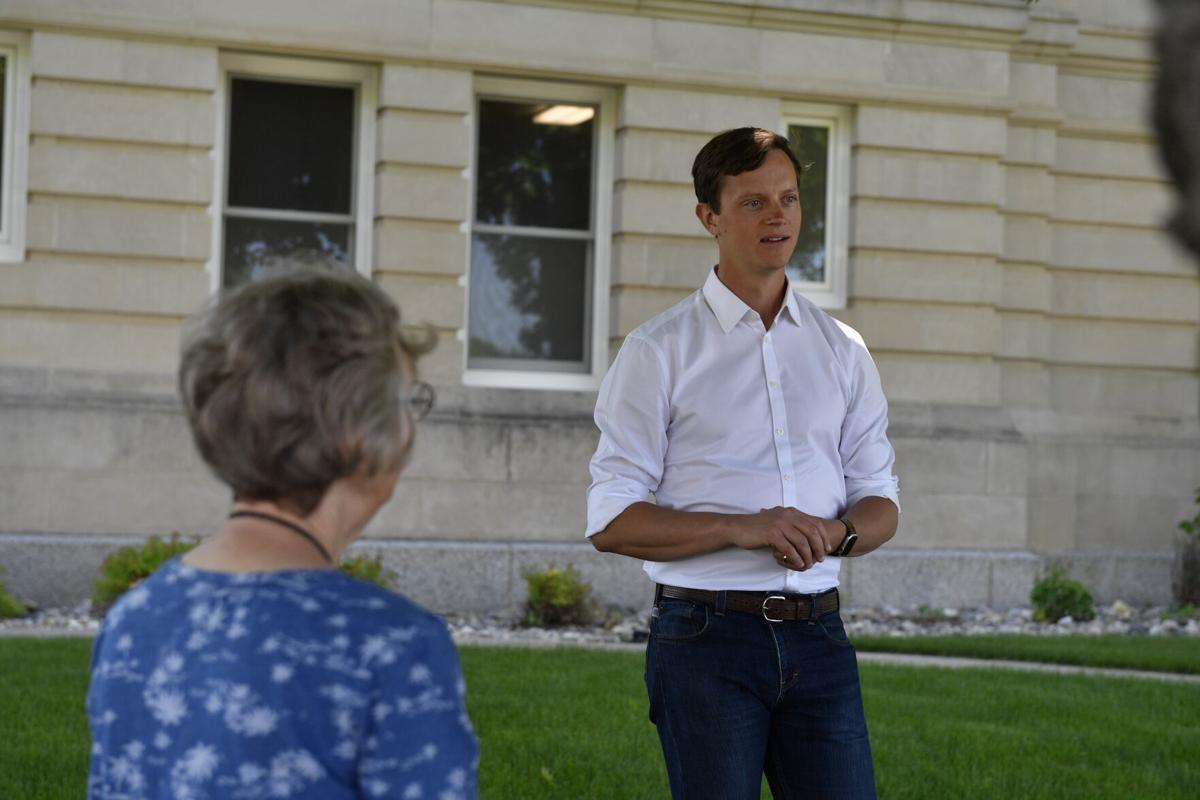 Iowa auditor speaks during his Q&A event in Rock Rapids on June 2. He spoke on several oversight issues and said he is considering a bid for the 2022 Democratic gubernatorial nomination.

ROCK RAPIDS—State auditor Rob Sand dug in with a series of public forums in N’West Iowa, including a Wednesday, June 2, stop outside the Lyon County Courthouse in Rock Rapids.

The most Republican county in the Hawkeye State yielded just three members of the Lyon County Democratic Party, a more intimate gathering than most stops on statewide officials’ 99-county tours. Larger crowds were in attendance in Sand’s other events in Sioux Center and Sibley on Wednesday and Sheldon on Thursday.

The town hall-style conversation touched on a range of topics as the auditor highlighted his vision as the state’s top oversight official.

Sand became the most animated when talking about government waste.

“I’m thinking about it. I don’t really have anything to tell you other than thanks for the encouragement and TBD.”

Rob Sand, Iowa auditor, on running for governor in 2022

Throughout the meeting, he used the term “insider” to describe what he described as an broadly unkempt system.

“This is the problem — and both parties do this — when you have a long period of time with unchecked power, you just start veering off into extremism,” the Democrat said.

Sand then recalled growing up in Decorah and paying off a loan his parents gave him to buy a bicycle.

Sand is no stranger to financial scandals, working as an assistant attorney general 2010-17 and prosecuting cases such as 2010 Hot Lotto fraud worth $14.3 million.

The penny-pinching auditor also mentioned his office’s PIE program, which promotes public innovations and efficiencies for government entities. For Lyon County, Sand praised the offices of the courthouse, secondary roads office and sheriff for finding ways to save taxpayer money.

“Time after time after time, with five years of unchecked power — they have decided that they’re the insiders and they’re in the club, and everybody else in this state — whether they’re Democrats or independents or Republicans, all the other ordinary people — they’re not,” Sand said.

Attendees also inquired about Sand’s future plans and aspirations, urging him to run for governor in 2022. Sand was elected in 2018, the first Democrat to win a first statewide term since Michael Mauro won the 2006 secretary of state race. He is only the second auditor from his party since the position was established in 1939.

“I’m thinking about it,” Sand said. “I don’t really have anything to tell you other than thanks for the encouragement and TBD.”

Iowa Democrats’ rising star was definitive about one 2022 electoral prospect: He is not running for Iowa’s U.S. Senate seat occupied by Republican Chuck Grassley.

SANBORN—Fruit may not be the Hawkeye State’s top export, but Getting’s Garden is growing its niche in rural Sanborn as U.S. Sen. Joni Ernst (R…