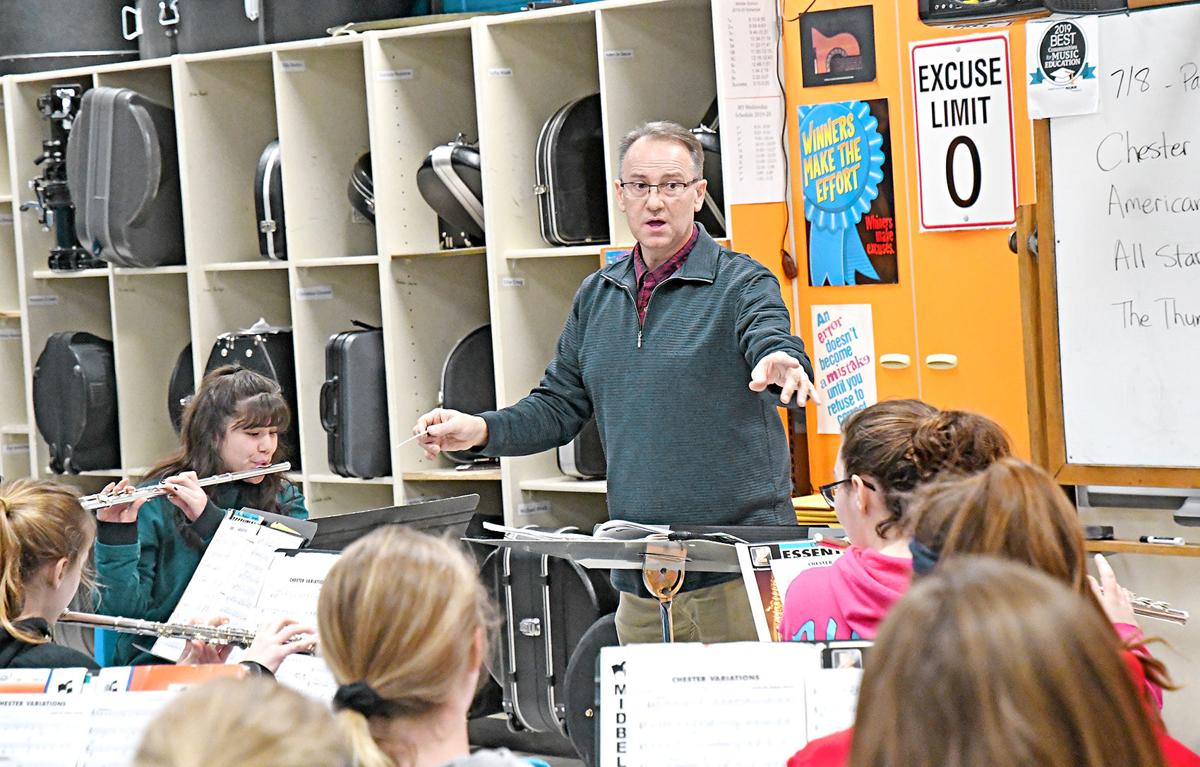 Kelly Jacobsma leads students through a rehearsal. The Sibley-Ocheyedan Middle School band director has been honored with the Karl King Distinguished Service Award and Jay Wicker Excellence in Education Award. 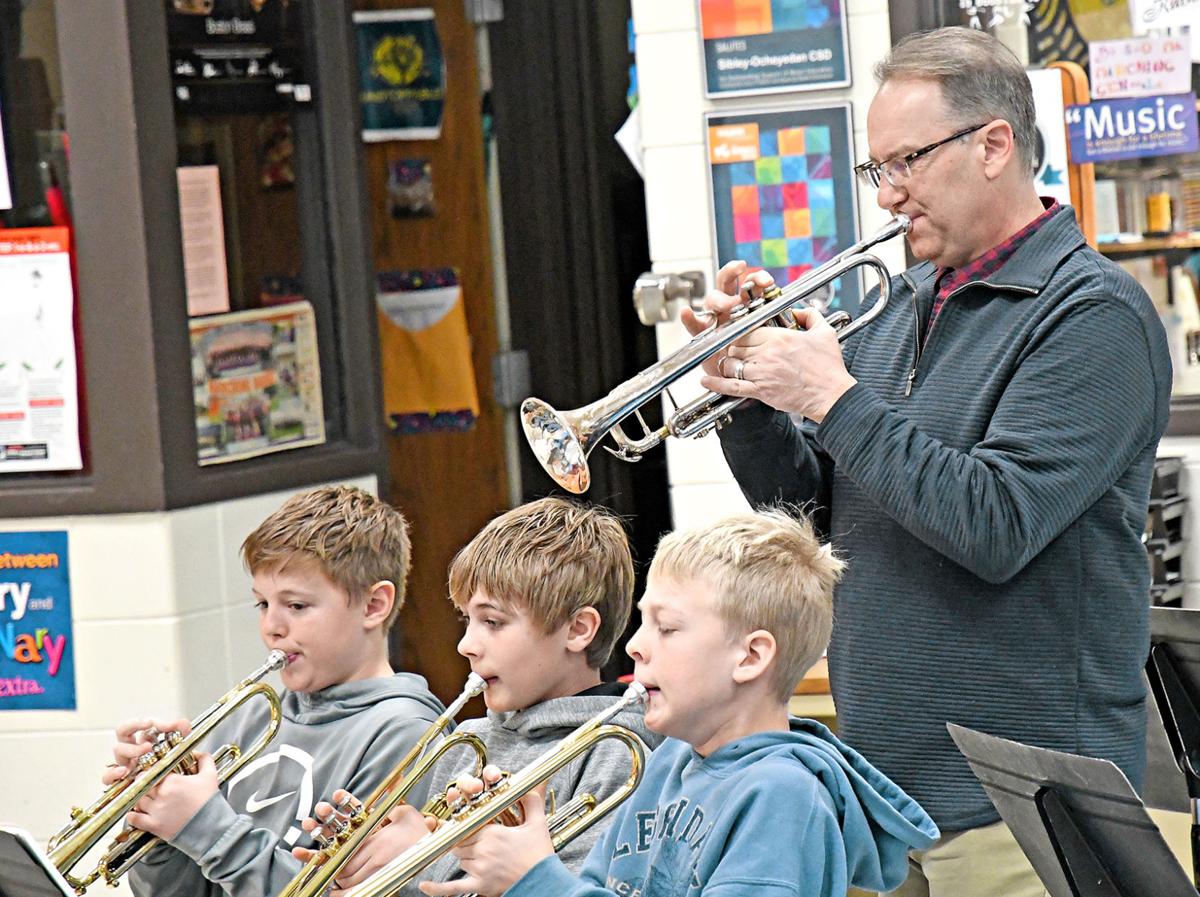 Kelly Jacobsma leads students through a rehearsal. The Sibley-Ocheyedan Middle School band director has been honored with the Karl King Distinguished Service Award and Jay Wicker Excellence in Education Award.

SIBLEY—While brass instruments may be Kelly Jacobsma’s specialty, he is not one to toot his own horn.

The band director at Sibley-Ocheyedan Middle School in Sibley has been recognized during the 2019-20 academic year with a couple of honors from the Northwest Iowa Bandmasters Association.

“I was honored and humbled to have won one of them,” Jacobsma said. “Winning both was a little overwhelming.”

The Karl King honor is given to a band director who shows outstanding service and has made significant contributions to the Iowa Bandmasters Association and school band programs.

Because he received the recognition at the regional level, Jacobsma is a candidate for the award at the state level.

The winner of the statewide award will be honored during the Iowa Bandmasters Association’s 93rd annual conference May 14-16 in Des Moines.

During his career, he has served the Northwest Iowa Bandmasters Association as its secretary, treasurer, vice president and president and on honor band committees for high school and middle school, among other roles.

Jacobsma, a 1985 Sibley High School graduate, has had three separate stints of working at Sibley-Ocheyedan, including four years as the high school band director and five years as the seventh- and eighth-grade band director.

He is in his eighth year as the middle school band director.

“I have great students and tremendous support from the parents and the school,” Jacobsma said. “The students work hard and have pride in what they do.”

Jacobsma — whose main instruments are the trumpet and French horn, but he plays all school band instruments — and his family members are well in tune with their passion for music education.

His wife, Rochelle, also is a music educator and teaches band lessons at Sibley-Ocheyedan two mornings a week as well as piano lessons.

Their 21-year-old son Ben is in his third year as a music education major at Augustana University in Sioux Falls, SD, and is the organist for Brandon Lutheran Church in Brandon, SD.

Their 19-year-old daughter Hannah is in her first year as a music education major at Northwestern College in Orange City and is involved in many ensembles vocally and instrumentally.

Jacobsma again noted his appreciation for the awards he received from the Northwest Iowa Bandmasters Association.

“The Northwest District of the Iowa Bandmasters Association is a great organization and I am very honored to be recognized by my peers who are also my friends,” Jacobsma said. “I have had the opportunity to work with outstanding music educators in my various positions.”

Education: Bachelor’s degree in music education from Morningside College in Sioux City in May 1989.

Interests: Spending time with his wife and children and attending as many of their events that they can.

SIBLEY—Sibley-Ocheyedan Elementary may not teach witchcraft and wizardry, but like the magical school in the Harry Potter books, it has begun …