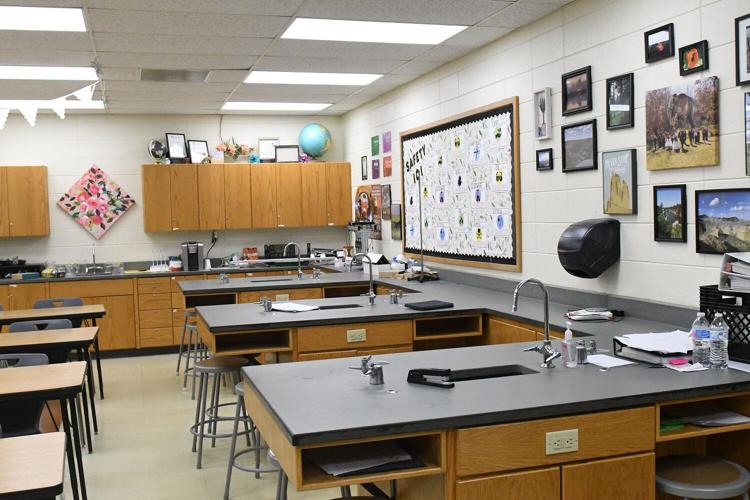 Rock Valley High School’s science room dates back to the 1970s. Growing enrollment in the district has led to cramped space, which led to two general obligation bond referendums this year for a school expansion. Neither succeeded in reaching the 60 percent pass threshold. 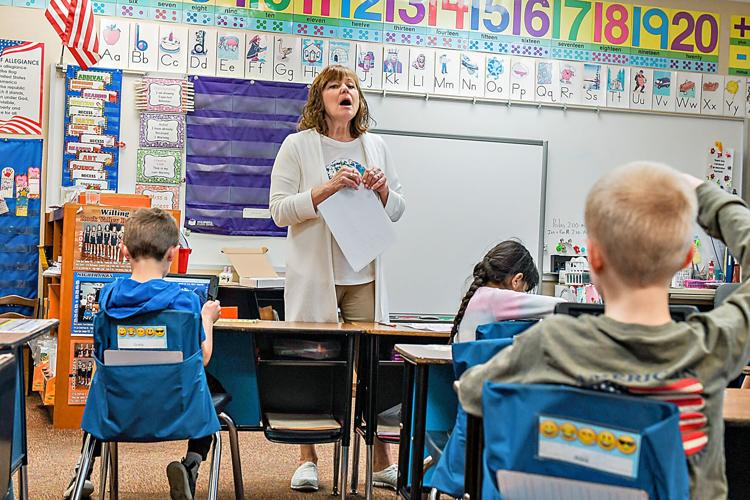 Sue Rozeboom, who retired in the spring, gets the attention of her first-grade class at Rock Valley Elementary. The school district’s enrollment has grown throughout the past 10 years, which led to two general obligation bond referendums this year for a school expansion. Neither succeeded in reaching the 60 percent pass threshold.

The outcome was closer to reaching the pass threshold compared to when the district put the bond measure in front of voters in March. That election garnered 987 total ballots, 53 percent of which were in favor of the measure and 47 percent which were against it.

Rock Valley’s interim superintendent Robin Spears was disappointed in Tuesday’s election result but said he was encouraged the percentage of affirmative votes increased. He also was pleased that total voter turnout was higher than the February election.

“We went from 28 percent of the eligible voters voted to 36 percent, so that’s always encouraging,” Spears said. “It doesn’t eliminate our space issue. We will continue to have that, and we’ll have to figure out what we’re going to do about that.”

The district’s enrollment has increased by 15-20 students each year for more than a decade — an increase of about 158 students during that period. The influx of pupils has stretched available space in the existing building to its limit.

“So, are we cramped? Yep. Can we survive on this? We can for a little bit, but as a district, we’re going to continually strive to have the quality educational facilities to best meet the needs of our kids.”

The new high school structure the bond called for would have been added onto the west side of the existing building. The two-story, 82,705-square-foot addition would have 24 classrooms as well as an athletic gym to seat 1,800 people.

Other features of the new addition would have included a new music suite, counseling rooms and an area for at-risk programs, a kitchen, additional office spaces and more parking lots. The structure also would have had extra room to accommodate future district growth, such as shop space for the Rocket Manufacturing program and a site where an auditorium could go.

The existing school meanwhile would have been renovated to add more space for grades K-8 and reconfigured so elementary grades would be K-4 and middle school would be 5-8.

The next time the school district would be able to schedule another bond referendum is March. During the intervening time, Spears said the district will take stock of the referendum plans that have been proposed and learn why some voters chose to reject them.

“We will continue to study this and look at it and when we have a plan that we’re comfortable with, we will bring that back to the people and see if we can figure out how to get more people on board to be in favor of something to better meet the needs of our kids,” he said. “It’s all about the kids.”