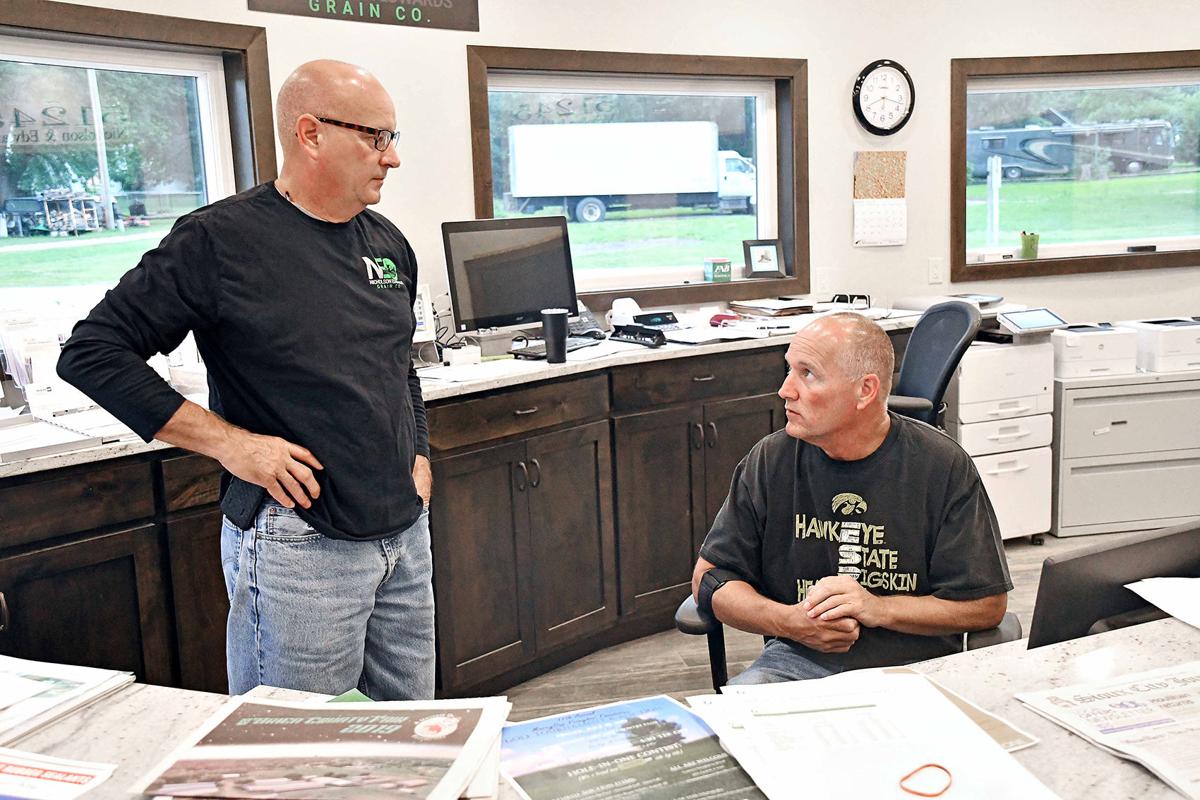 Brothers Kurt and Jim Edwards talk to each other at Nicholson & Edwards Grain Co. in Primghar. Their business on Monday, July 22, received the O’Brien County Value-Added Agriculture Steering Committee’s Agriculture Hall of Fame Award during a county fair event. 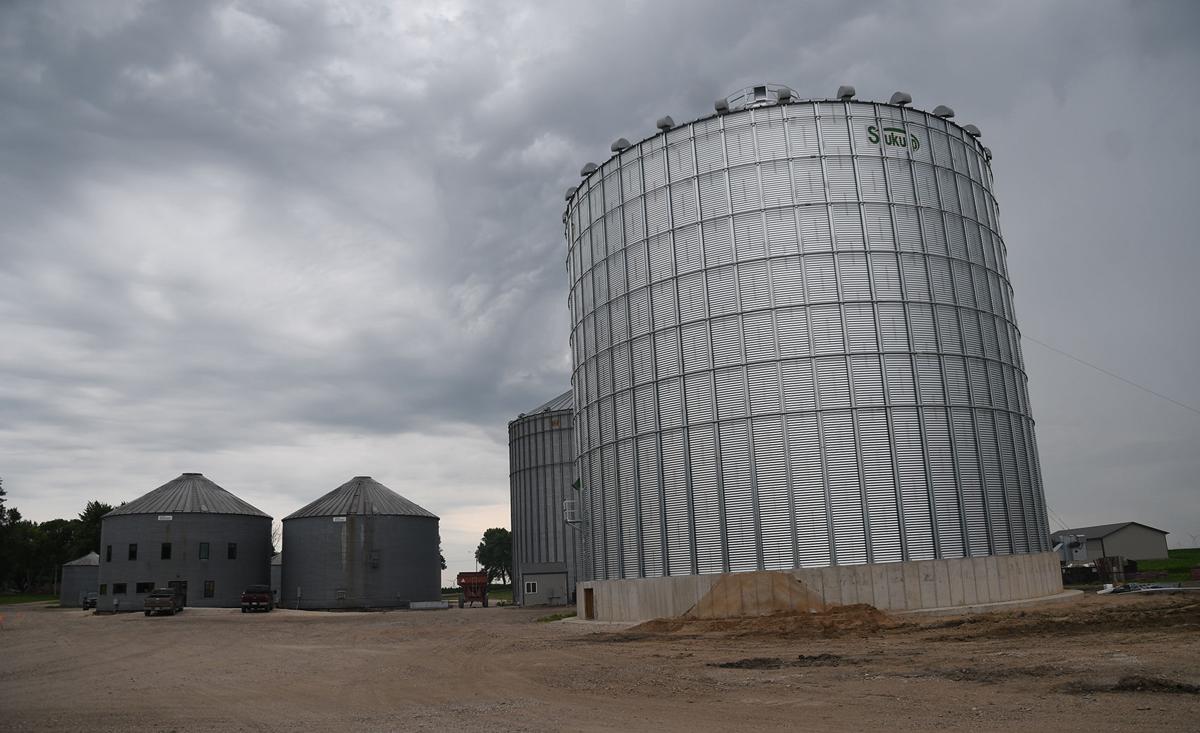 Brothers Kurt and Jim Edwards talk to each other at Nicholson & Edwards Grain Co. in Primghar. Their business on Monday, July 22, received the O’Brien County Value-Added Agriculture Steering Committee’s Agriculture Hall of Fame Award during a county fair event.

PRIMGHAR—Nicholson & Edwards Grain Co. is fired up about being honored for investing in the county it calls home.

The longtime Primghar business on Monday, July 22, received the O’Brien County Value-Added Agriculture Steering Committee’s Agriculture Hall of Fame Award during a ceremony at the county fair in Primghar.

Kurt Edwards, one of the grain company’s co-owners, noted that there are a “lot of good ag businesses” in the county that could have been honored.

“To be recognized like that and be nominated by a good friend and business partner like Rodd Holtkamp also meant a lot to us as a family,” Kurt said. “It was very humbling. We were excited about it, obviously.”

Kurt, 57, owns and operates Nicholson & Edwards together with his brothers Jim, 55, and Tom, 51. They were all in attendance to accept the award on behalf of their business.

The grain company continues to recover nicely from a costly conflagration that caused an estimated $1 million in damage on Sept. 8, 2017.

Nicholson & Edwards’ latest building project is a new steel grain bin — nearly 100 feet tall and 80 feet wide — that will be capable of storing up to 300,000 bushels of corn, nearly doubling the storage space the business once had.

ASI Contracting of Emmetsburg started building the grain storage bin in late May and is scheduled to be done with the project in about a month, depending on the weather.

“Once that’s completed, we’ll be good to go and done for the foreseeable future,” Kurt said. “It’s fun to come in from the west side of town and look at the structure now. The skyline’s different now for Primghar than it used to be.”

Because of the blaze, Nicholson & Edwards lost the one-time, nearly 80-foot-tall wooden head house of its grain elevator, which included its office area. The business also had to have two steel grain bins torn down.

The grain company previously had renovation work done to a steel grain bin it has on its site to turn the structure into a new main office building to replace the one that was burned down in the fire.

Nicholson & Edwards, which has six employees, started operating out of the its new home on Sept. 11, 2018 — a year and three days after the blaze occurred at the business’ location at 375 Third St. S.W. in Primghar.

The grain company’s roughly 3,500-square-foot office structure has a front customer-service area, three offices, a kitchen and restrooms on the first floor and a meeting room and a restroom on the second story.

“To fill that gap that was there from the fire is kind of nice to see,” Kurt said. “This fall should be pretty slick for us.”

The mayor of Primghar, the O’Brien County seat city of nearly 870, estimated that Nicholson & Edwards — which dates back to 1956 — will have invested nearly $1.5 million in its rebuilding efforts since the fire.

For investing so much in the county it calls home, the grain company has been inducted into the county’s Agriculture Hall of Fame.

“I’m just grateful to Rodd Holtkamp and the board that voted us in,” Kurt said. “Our customer base has been awesome through this whole process. Our family and close friends have always been supportive.”

Nicholson & Edwards Grain Co. in Primghar buys grain from area corn and soybean farmers and sells it to end-users, such as ethanol plants in the region.

Brothers Kurt, Jim and Tom Edwards are the third generation of their family to own the grain company. Jim’s 24-year-old son Bryce works for the business and has created a new black and green logo for Nicholson & Edwards.

The Edwards family is active in Primghar in local government, economic development and church as well as civic and community service organizations.

For example, Kurt is the city’s mayor and Jim and Bryce are members of Primghar Volunteer Fire & Rescue. Jim also is part of the Primghar Advancement Corporation.

PRIMGHAR—Nicholson & Edwards Grain Co. has risen up from the ashes.