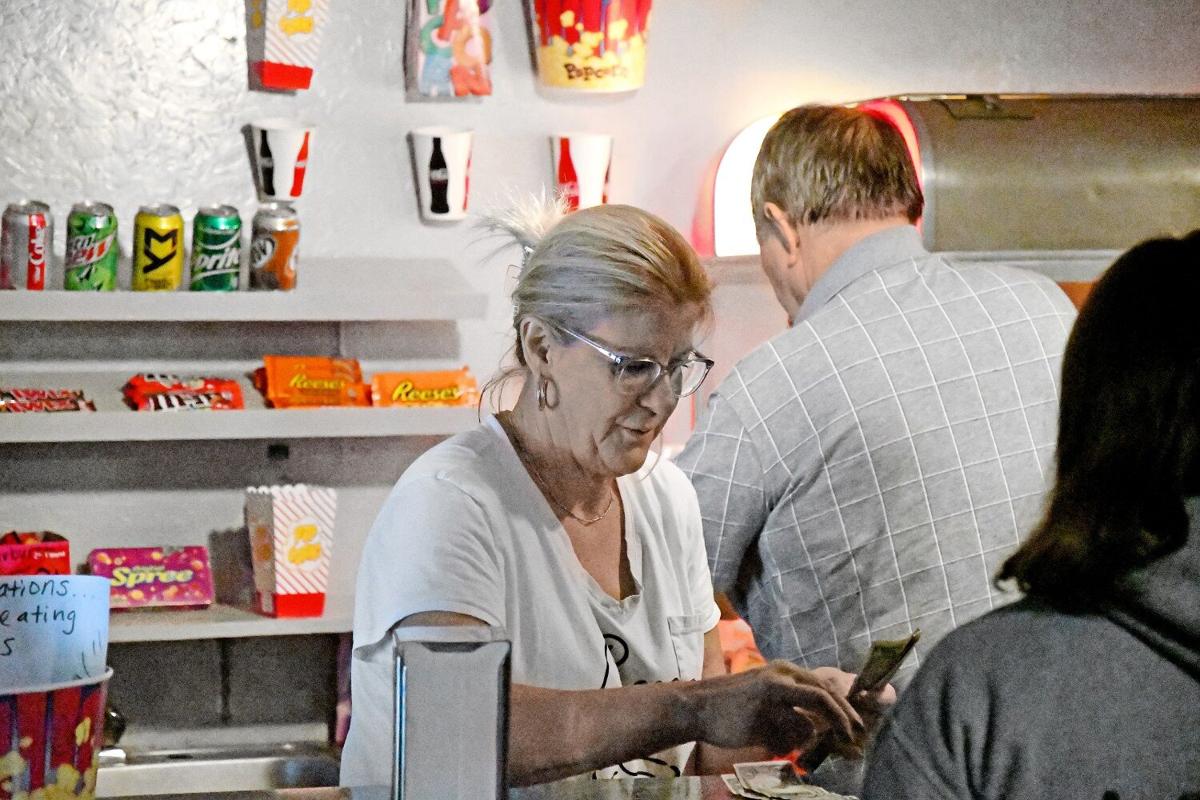 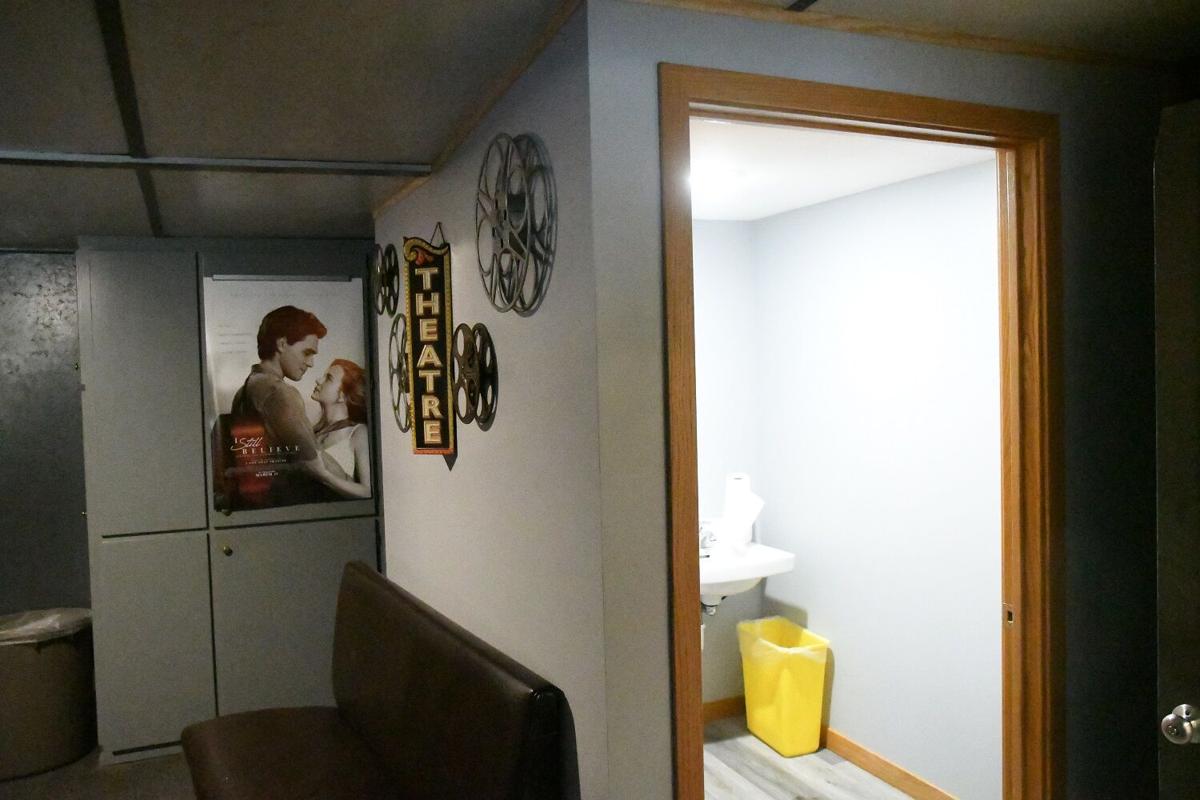 A handicap-accessible restroom recently was installed at the back of Wonderland Theater’s lobby. The project was funded using a grant the cinema received last year from the O’Brien County Community Foundation.

PAULLINA—The Wonderland Theater’s hiatus from showing movies is no more, as is its lack of a handicap-accessible restroom.

The volunteer-run Paullina cinema, located at 110 S. Main St., completed a renovation in late June that saw the addition of a restroom that’s accessible to those with disabilities.

The room is located in the back of the theater lobby across from the existing restroom.

“What we were going to do is make our original bathroom a handicap bathroom, and then what we found: We had enough room to actually just add a handicapped bathroom,” said Cindy Richter, one of the volunteers who runs Wonderland.

“So now that gives us two bathrooms, which is really helpful.”

The project was funded through a $9,500 the theater received last year from the O’Brien County Community Foundation. Hohbach Construction of Paullina built the new restroom while Mark’s Plumbing of Sutherland installed the plumbing equipment. Benner Electric of Paullina, meanwhile, took care of the electrical work.

A new countertop and sink also will be installed in the theater’s snack counter later this month as part of the grant funding.

In addition to the renovations, the Paullina theater has undergone extensive cleaning in preparation of welcoming back customers.

“The popcorn popper has been totally cleaned. We’ve totally sanitized the whole theater with cleaning: All of the seats, the floors, you name it, we have wiped it down,” Richter said.

All that work was completed just in time for the cinema’s first movie showing since March 2020 when it shuttered due to the coronavirus pandemic: A matinee of the Disney film, “Raya and the Last Dragon,” which showed Sunday, June 27.

The showing concluded Paullina’s annual Gemboree celebration that weekend, and Richter said a little more than 40 moviegoers attended the screening.

“We had a very nice turnout and everyone loved it. It was a fun movie to show,” Richter said.

The theater fired up its projector again the weekend of July 9-11 with evening showings of “Cruella," which drew in an audience of about 92 people over the three days. The snack counter also was open to those simply wishing to buy a bucket of popcorn without seeing the movie.

“That’s a good weekend in the summer. We’re pleased with that,” Richter said. “Basically, we need 50 to break even, so that was terrific.”

The theater is not typically open more than one weekend per month in the summertime, however, Richter said it plans to feature the new “Fast and Furious” film installment, “F9,” the weekend of Friday-Sunday, July 23-25. It also will have two movie showings in August.

Wonderland Theater typically opens for its regular fall and winter hours the weekend after Labor Day, although Richter said it will begin those hours during that holiday weekend.

“We’re really excited to be open again and be able to serve the community and see our fans,” Richter said.

A future renovation project Wonderland has begun fundraising for is the installation of new theater seats, although it is still in its early stages. A donation bucket to help with installation costs is set out on the snack counter.

To cover the cost of the seats themselves — which would cost about $50 apiece — Richter said an idea the theater volunteers had was to give guests the option to donate the cost of the seat. The donors’ names then would be listed on a plaque in the lobby to honor their contributions.

This story was first published in the July 17, 2021, print edition of The South O'Brien Sun.

Paullina set to sparkle with Gemboree

PAULLINA—Gemboree pushed through in 2020, but this weekend’s citywide party in Paullina has several additions that will make the event truly shine.