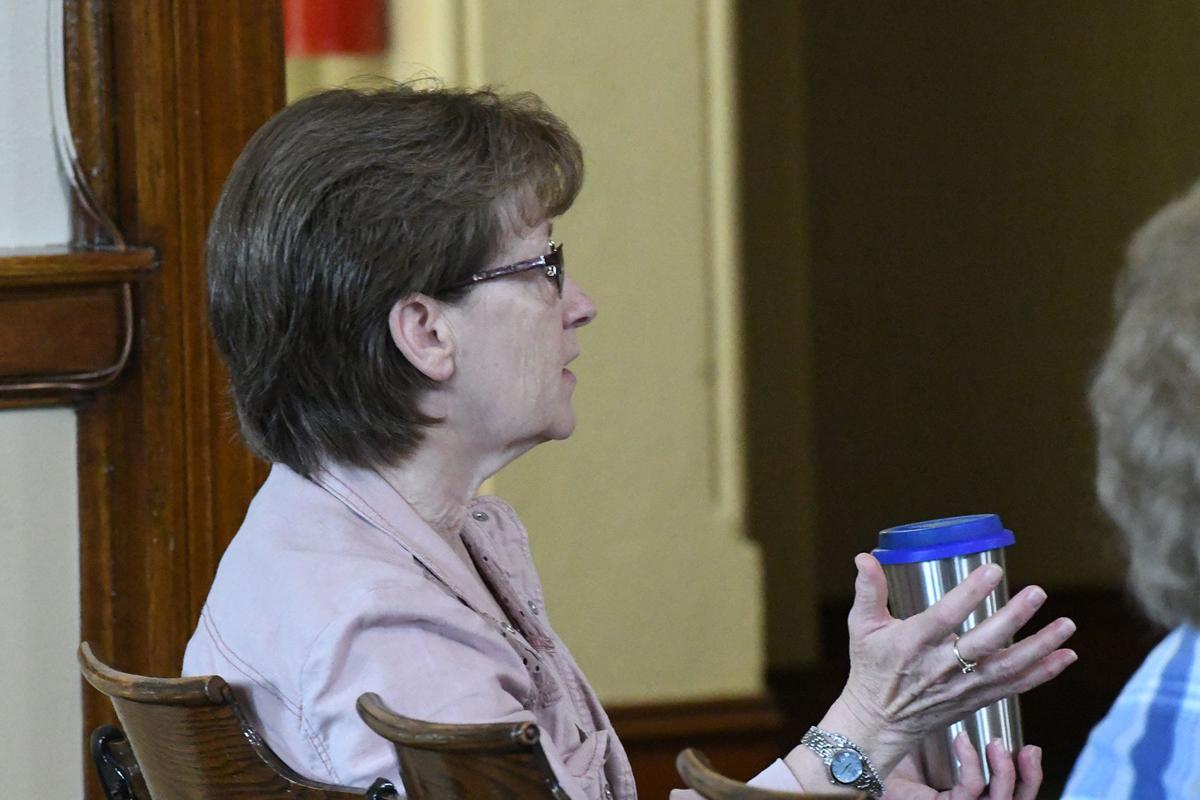 Osceola County assessor Sharon Wolter shares her concerns with the board of supervisors about taking the temperatures of courthouse visitors. Wolter instead suggested visitors take their own temperatures while an office employee stands by to direct them in the process. 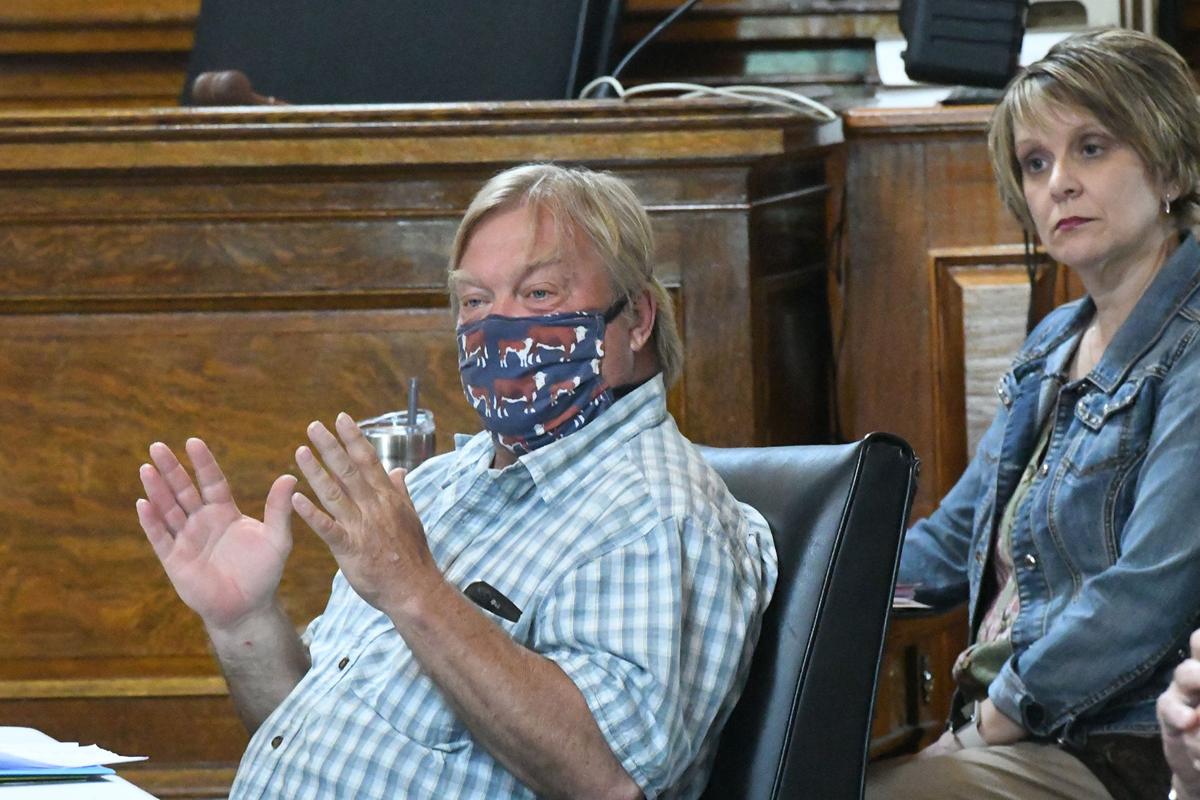 Osceola County Board of Supervisors member Jerry Helmers speaks during the board’s meeting Tuesday while auditor Rochelle Van Tilburg listens. The board discussed ways to safely allow members of the public to enter the courthouse without having to first schedule an appointment.

SIBLEY—Osceola County assessor Sharon Wolter told the board of supervisors Tuesday, June 9, she would not feel comfortable taking the temperatures of visitors entering the courthouse.

“They’re coming in, no mask, we don’t know if they’ve washed their hands and we’re looking to get within two feet from them to take their temperature,” Wolter said.

She brought up the point while the supervisors discussed the questions of when and how to reopen the county courthouse to the public in light of the coronavirus pandemic.

Visitors have been allowed to enter the courthouse by appointment and attend the supervisors’ meetings during the pandemic. However, all guests have had to receive temperature checks at the building’s north entrance.

The supervisors discussed the possibility of having a person from each office take rotating shifts by the entrance to take visitors’ temperatures when the courthouse reopens.

Wolter suggested visitors could instead take their own temperatures using the county’s electronic forehead thermometer, write the number on the clipboard and sanitize the equipment before coming inside.

“You could stand 6 feet away and direct them what to do,” Wolter said. “But to be the one that’s taking their temperature seems kind of risky to me.”

She argued the county should especially be concerned about people 20-35 years old coming into the building.

“They think they’re invincible, and I think that’s the group that’s out about and not worried about it,” Wolter said. “But they all have to go home to families and then those families come in here to do business.”

Supervisor Jayson Vande Hoef said the World Health Organization announced Monday that asymptomatic people rarely spread the coronavirus to others. Board chairman Ed Jones also said that was his understanding.

However, the WHO clarified on Tuesday the organization does not yet know how frequently people without symptoms spread the virus.

Wolter also pointed out how when people get tested, the results simply tell them if they have the virus or not. She added that was the case for several people in her family who were tested.

Vande Hoef suggested a rotation still could be set up that would not require county employees to come into close contact with visitors.

“We don’t even have to touch them with the thermometer that’s being used,” he said.

Jones also suggested the offices could be open for walk-ins for half the day and be open by appointment the other half.

“That would just get your toe in the water, kind of see how that works out, and then if you’re finding it’s working all right you can do the full on, open-all-day program,” he said.

County treasurer Becky Marco supported the idea of having office workers take rotating shifts to monitor the courthouse entrance and show visitors how to take their own temperatures.

County auditor Rochelle Van Tilburg suggested people at the door wear masks during their shifts and make sure visitors wear them too.

“Public health has plenty,” Van Tilburg said. “I can even ask them if they have a supply that I could get you, but most everybody, I think, should have a mask.”

Jones suggested testing out the method of having visitors take their own temperatures for a week starting Monday, June 15, to gauge how comfortable courthouse employees are with it.

The board also approved the purchase of a disinfecting mister machine from Hinton-based TNT Sales & Services to more easily sanitize surfaces in the building.

Nicholas Schmalen, director of Osceola County Conservation, told the board his department recently purchased one of the machines to speed up the process of cleaning county park amenities.

“You just fire it up and squirt everything down and walk away,” Schmalen said.

Other items on the Osceola County Board of Supervisors’ agenda Tuesday included:

SIBLEY—Osceola County and the city of Ashton are moving forward on an annexation agreement for a parcel of county-controlled land.