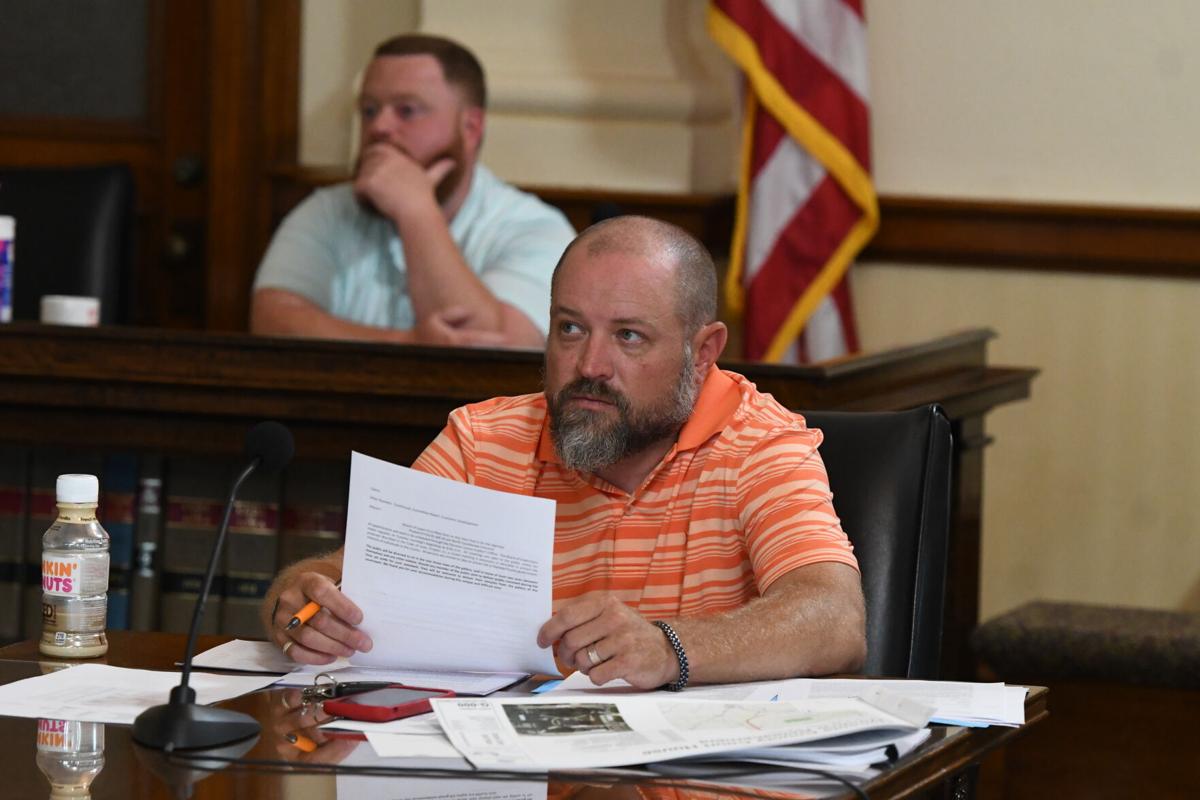 Osceola County chairman Ed Jones listens during the Osceola County Board of Supervisors meeting held on Friday, July 17, in Sibley. 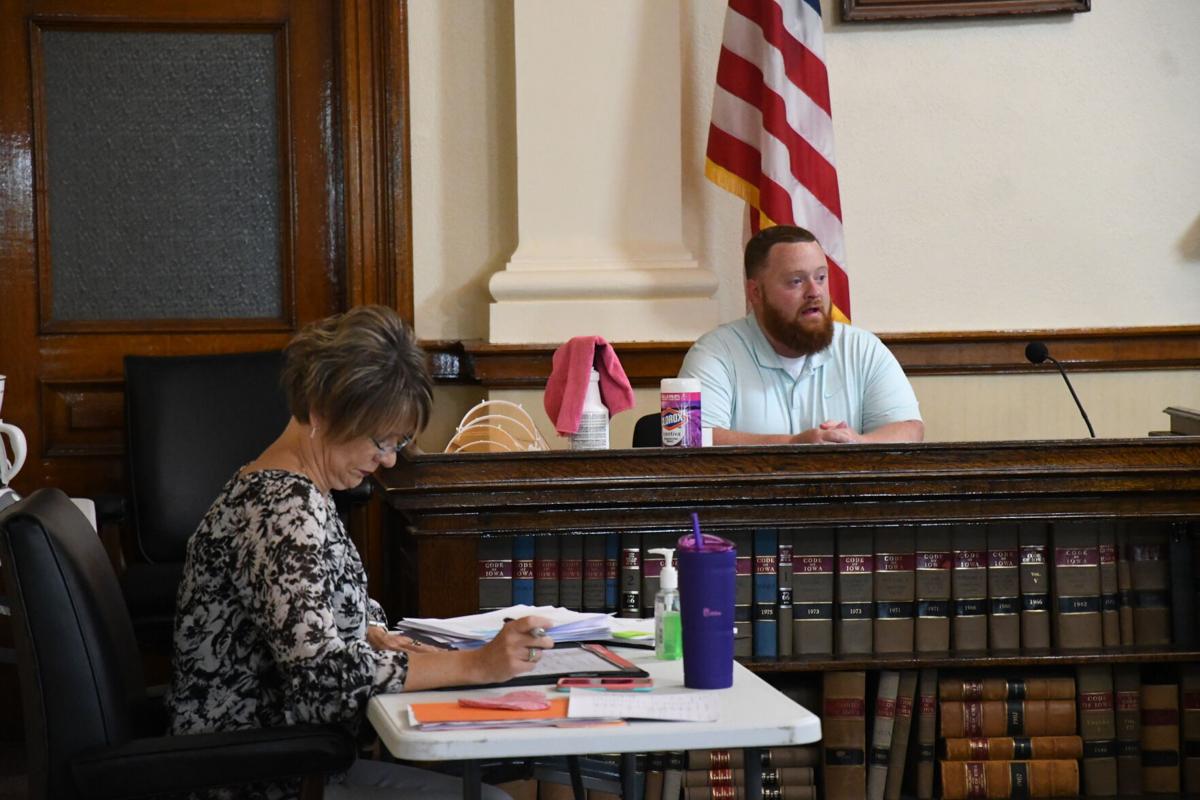 SIBLEY—Repairs were the main talking point during the Osceola County Board of Supervisors meeting on Friday, July 17.

The Osceola County Jail may be in need of repairs, according to groundskeeper Ernie Villanueva.

“The outside, the block is cracking basically from the weather itself,” Villanueva said. “The facial of the block itself is just cracking. Instead of replacing the block, we can notch it out and then just kind of rebuild it. It won’t match the same color, but we can elongate it as close as we can to kind of cover and patch it.”

He also said the building is fine structurally and it just needs to be repaired to look better to the public.

Osceola County attorney Nolan McGowan thinks it would be a good idea to look into fixing it.

“That’s something that’s more than worth checking out because every single year, I end up engaging with the jail inspector and they understand what we deal with,” McGowan said. “They understand what small counties deal with. Every county needs to have a jail and they work with us.”

“We’ve been getting a pass on not having a jail in there for a long time and fixing that building or replacing it doesn’t fix that either,” he said.

“If you have to prioritize everything that we need to have done for the constituents of this county, building a new jail is probably not high on anybody’s list.”

The supervisors asked Villanueva to bring estimates on how much repairs would cost at the next meeting.

The courthouse will be getting new windows this year as well.

Sioux Falls, SD-based Stone Group is the architecture firm working on the design for the windows. Jones said the supervisors plan on sending out the bids for the project after next week’s meeting.

There is no scheduled date at this time for when the firm will be making its updates to the courthouse or how much it will cost.

Following a new law, firearms are now allowed in certain parts of courthouses, which will require updated signage.

At the Osceola county Courthouse, this also would included signage to note weapons are banned on the third floor where the courtroom is and the first floor where the clerk of court’s office is located.

For the supervisors, the issue comes with who is going to pay for the signs and where are the signs going to be placed.

“Send us the money for the signs and we’ll do it,” said supervisor Jayson Vande Hoef. “I’m OK with complying with the law, but I don’t understand why we have to foot the bill.”

McGowan said there could be trouble with some of the signs if not placed properly.

“One thing I would recommend is that in the basement of the courthouse I believe, there’s a sign that’s in the elevator,” he said. “That’s an issue because technically the elevator is not a courthouse-controlled space. We can split hairs here, but the way this courthouse is constructed, that’s not a court-controlled space. I would say that sign needs to be removed. The sign that says, ‘By entering this area you submit yourself to be searched for weapons’ to me is OK. Maybe it’s not the best wording. We ought to at least consider removing both of those signs, given the recent changes in the law.”

“It’s tough, it costs money. But here’s the thing, when we have court, traditionally, that is what we would call a low demand time for the officers,” McGowan said.

“So they can be over here. However, if that’s going to be the thing that we do each and every day, every time we have court, they might need to make some scheduling changes.”

Highway 59 north of 9 to close for work