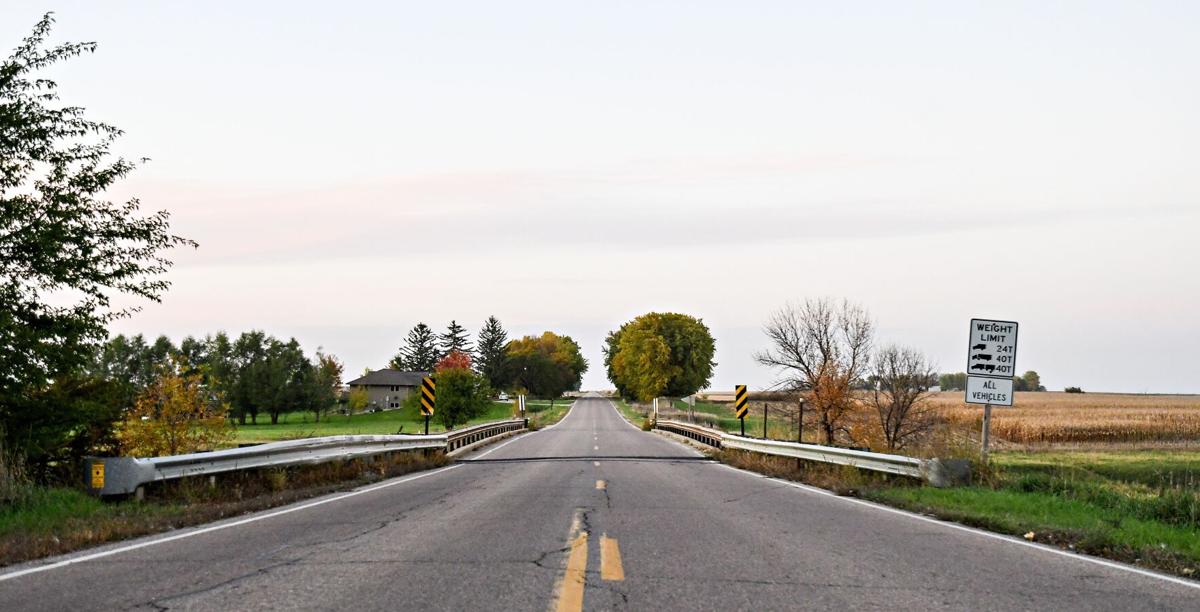 The bridge heading north out of Rock Rapids on Harrison Avenue, or Lyon County road K52, is near the end of its life cycle. The city and county governments are working together to cover the $400,000 not covered in federal grants for the crossing’s replacement. 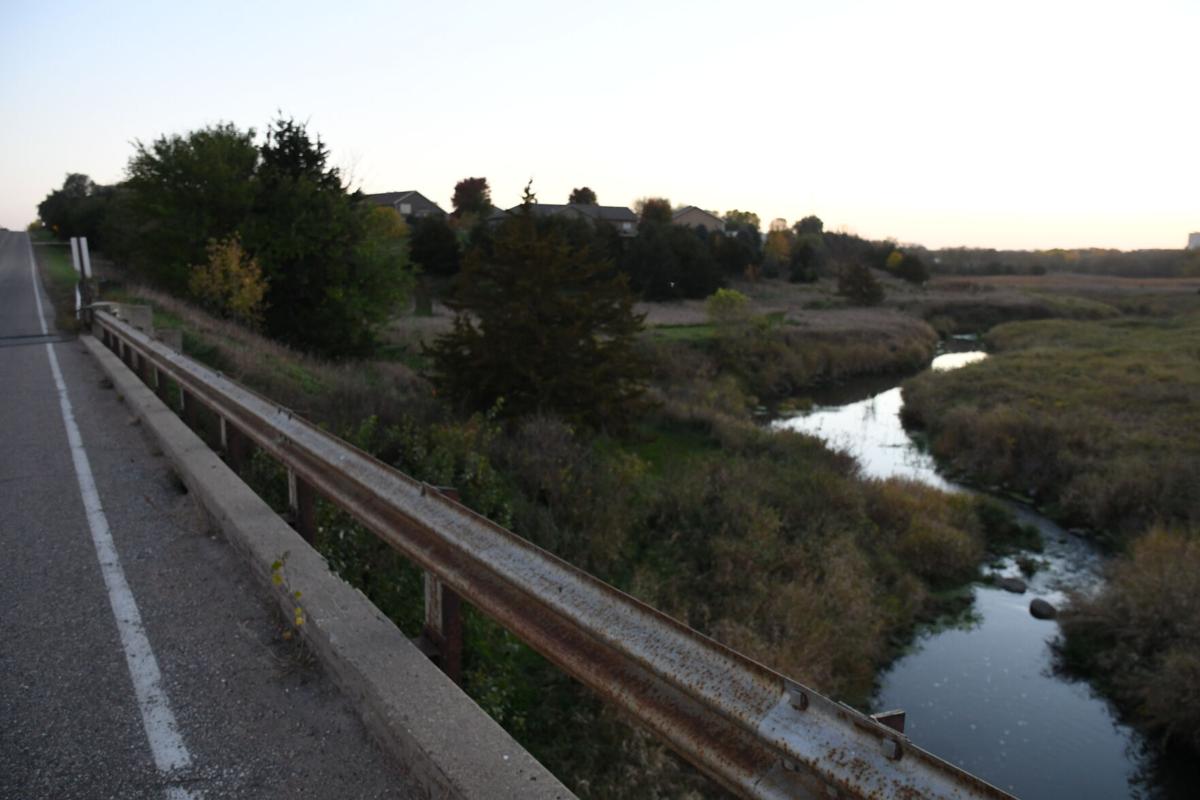 The East Street Bridge rusts over Tom Creek on the edge of Rock Rapids. The road infrastructure was put up in 1956 and is slated for replacement by 2023. 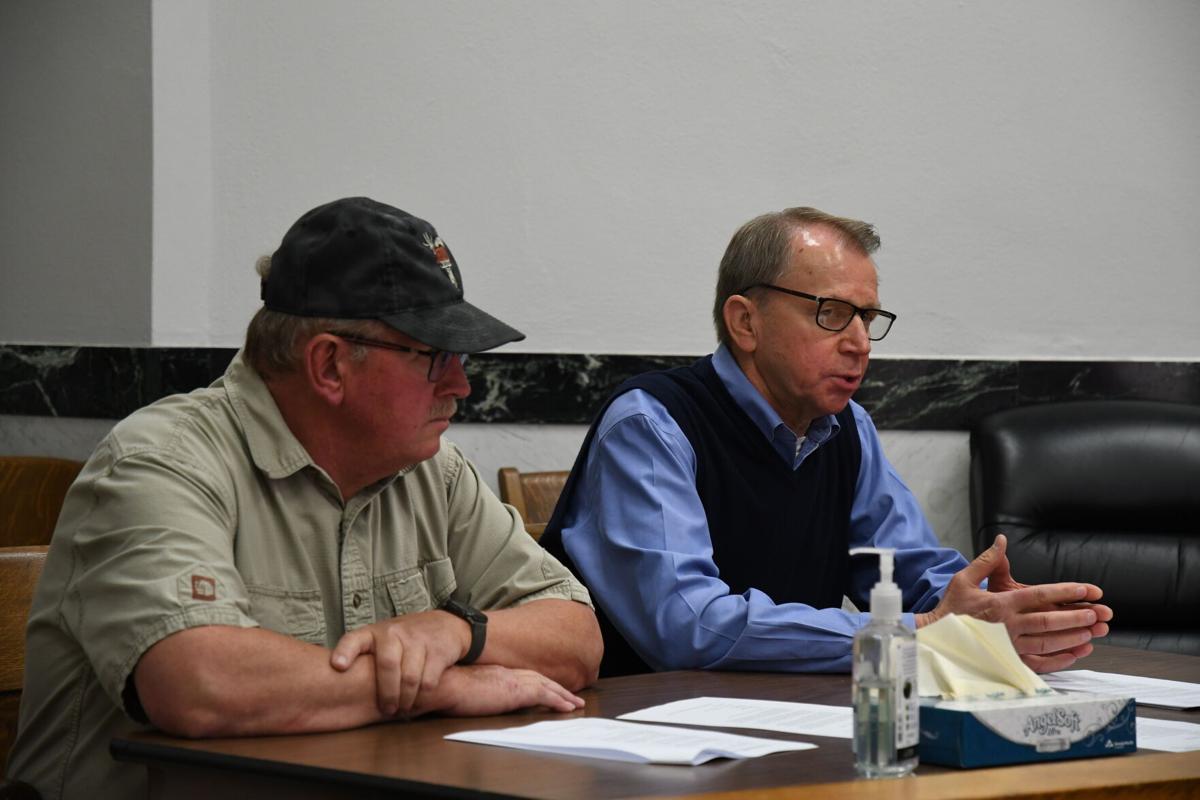 Rock Rapids city administrator Jordan Kordahl petitions the Lyon County Board of Supervisors on Oct. 12 to aid in funding the East Street Bridge replacement. Supervisors agreed to a partnership but did not make a specific financial commitment to the project the edge of the county seat.

ROCK RAPIDS—The East Street Bridge in Rock Rapids is on life support and the city is petitioning the county to help redo the crossing over Tom Creek.

“Three years ago, we received an inspection report describing the deck as in serious condition and recommended replacement,” Kordahl said.

City leaders approached the county about the infrastructure project last year. They reasoned that since East Street is part of the county’s Harrison Avenue, or county road K52, the higher level of government should have some skin in the game.

At that 2020 meeting, supervisors in theory agreed to be a partner but did not make an official commitment or settle on a dollar amount.

At this month’s meeting, Kordahl said that the design phase of the project is nearly complete and the city will begin letting the project to contractors after the winter.

Supervisor Steve Herman said he wants to work to begin as soon as possible next year so the road is not closed for too long.

“I know it’s going to be inconvenient for a little while,” Herman said. “I just don’t want to see it start before fall and then all through harvest then it’s closed all winter. I don’t want to see that happen.”

Lester did its own major road update last year, sharing the cost with the county.

The project then fell behind schedule and Main Street was blocked for weeks longer than expected, which hurt downtown businesses.

Lyon County board sides 3-2 with Lester

County road K52 is of special importance because of its Iowa Department of Transportation designation as a farm-to-market road.

Kordahl suggested the county pay half of the estimated $400,000 cost not already covered.

Feucht clarified with Kordahl who confirmed that the project still would happen without county aid.

The total project will cost about $1.4 million, but the administrator secured the first million with a federal government grant last year.

The board decided to maintain its earlier position: It will be a partner in the project with a specific monetary amount still undefined. Kordahl asked for a letter of intent to be drawn for the arrangement.

“The county is willing to work with you guys if you need us to sign something. Whatever you’re requesting, I think we’ll be willing to do that,” Feucht said. “But the dollar amount is to be determined for what we can help with.”

Kordahl said he will inform DOT, which first suggested the East Street Bridge be rebuilt in 2019.

The administrator also asked if his city could run project oversight through the Lyon County Engineer’s Office, but that request was quickly shot down. The board said engineer Daryl Albertson does not have the time or staff to be taken off other projects.

Earlier in that board meeting, Albertson gave an update on his department’s five-year plan, which includes various rural bridge projects.

The to-do list includes the path over Mud Creek north of Alvord. The county decided in September to scrap the bridge and cede the property beyond it to the neighboring farm.

The East Street Bridge in Rock Rapids is in rough shape. Crumbly pavement, rusted railings and a patchwork over decades of ware have driven city officials to replace the road that runs aloft Tom Creek on the edge of town.

Multiple outside inspections have given the bridge low marks, prompting signs warning trucks about the passage’s weight limits.

A new bridge will cost about $1.4 million, which the city hopes to finish next year or in 2023. The first million is covered by federal grants, leaving $400,000 to be paid by the city, possibly with aid from Lyon County.

ROCK RAPIDS—Lyon County is giving up on a small stretch of rural road and handing it over to a family farm that owns property on each side.