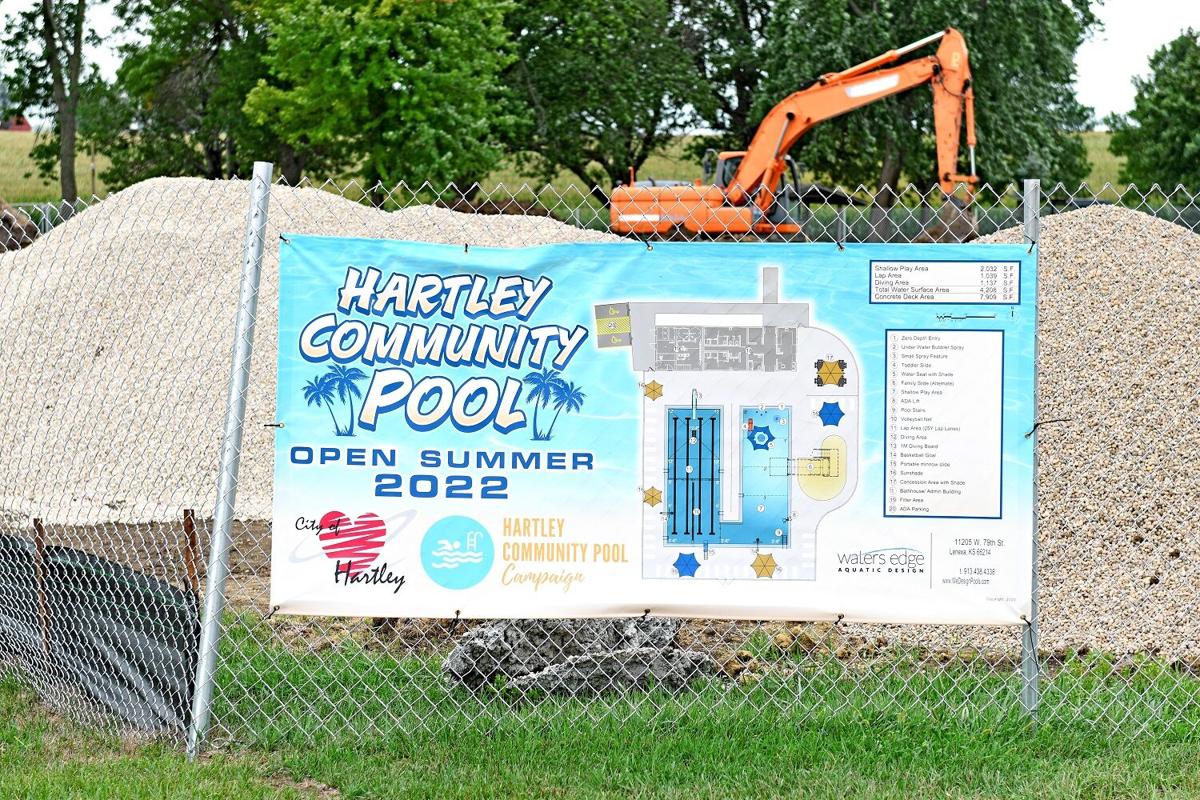 Construction is underway for Hartley’s new pool, located in Neebel Park on the south end of town. The city is applying for a $375,000 Community Attraction and Tourism grant to help support the project, which is set to be finished by Memorial Day next year. 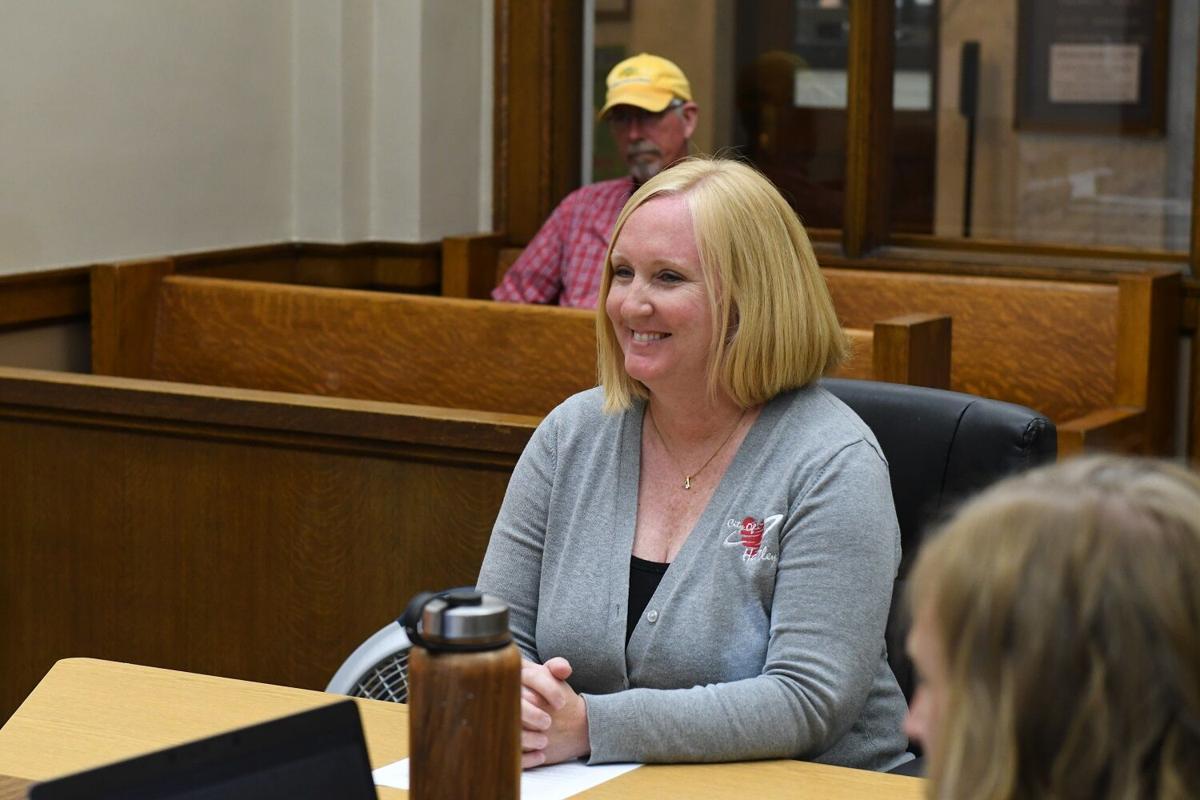 Hartley city administrator and clerk Erica Haack spoke to the O’Brien County Board of Supervisors Tuesday, Aug. 24, about the city’s intent on applying for a $375,000 Community Attraction and Tourism grant through the Iowa Economic Development Authority to help fund its new pool.

PRIMGHAR—The O’Brien County Board of Supervisors signed off on a grant matching request that will help make a potential fundraising splash in Hartley’s pool project.

Hartley city administrator and clerk Erica Haack spoke to the supervisors during Tuesday’s meeting, Aug. 24, about the city’s plan to apply for a Community Attraction and Tourism grant from the Iowa Economic Development Authority.

“This pool project has been planned for several years now. We’re very excited about it, and we’ve gotten overwhelming support from the community,” Haack said.

The city will request $375,000 in funding from the grant program to go toward the new Hartley Community Pool in Neebel Park, which is set to be completed by Memorial Day next year.

The project’s estimated cost is $3,030,200. As part of the grant application process, the city must secure matching funds from the county. The county’s policy in grant-matching situations is to commit .25 percent of the total project cost, which in this case would equal $7,575.50 should Hartley be awarded the grant.

The remodeled pool will be U-shaped and have a shallow, zero-depth entry which would include water-spraying structures, a toddler slide and a shaded bench. Other features of the new facility would be a water slide, basketball hoops, a volleyball net, a diving board and lap lanes.

The pool also will have a lift for people with disabilities that would comply with the Americans with Disabilities Act. The existing bathhouse will be replaced with a new structure along with a concession stand. Outside the perimeter of the pool would be shaded areas, tables and benches.

The pool’s water surface area would be about 4,200 square feet while the surrounding deck would measure about 7,500 square feet.

“The state appropriated $5 million total for this grant, and as you can imagine, there are several applicants,” Haack said. “But we do know that community pools are often award winners because of the nature of what they provide for the community.”

Voters in the O’Brien County community approved a bond referendum of $1.7 million for the pool project in early March, which garnered 84 percent support.

Haack said the Hartley Improvement Foundation is holding continual fundraising efforts for the project too. As of Tuesday’s meeting, the foundation has raised $151,222 in private funding and donations.

“We really received a lot of support from many individuals in the community and businesses,” Haack said.

She said there will be fundraising events in Hartley later this fall and winter to keep the support going.

Those wishing to privately donate to the pool project should call the Hartley city office at 712-928-2240 for more information.

Other items the supervisors addressed during their meeting included approving a final payment of $23,145.86 to King Excavation for the Federal Emergency Management Agency repair work on Drainage District No. 5 and approving a tile crossing application of Riessen Revocable Trust in Section 2 of Lincoln Township.