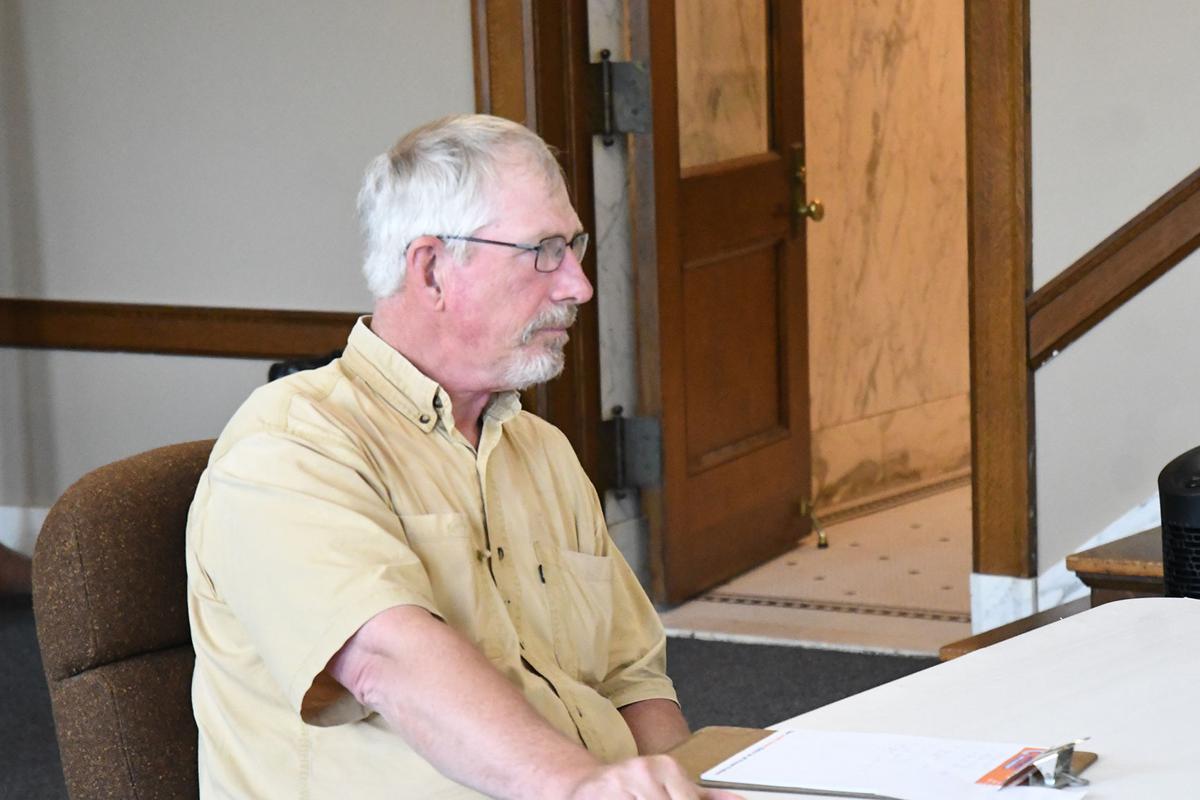 O’Brien County engineer Scott Rinehart sits before the board of supervisors during a discussion about a proposed brake ordinance at the board’s meeting Tuesday, June 30. Rinehart answered questions the board members had about the ordinance, which would prohibit the use of excessively loud compression brakes within a mile of incorporated towns. 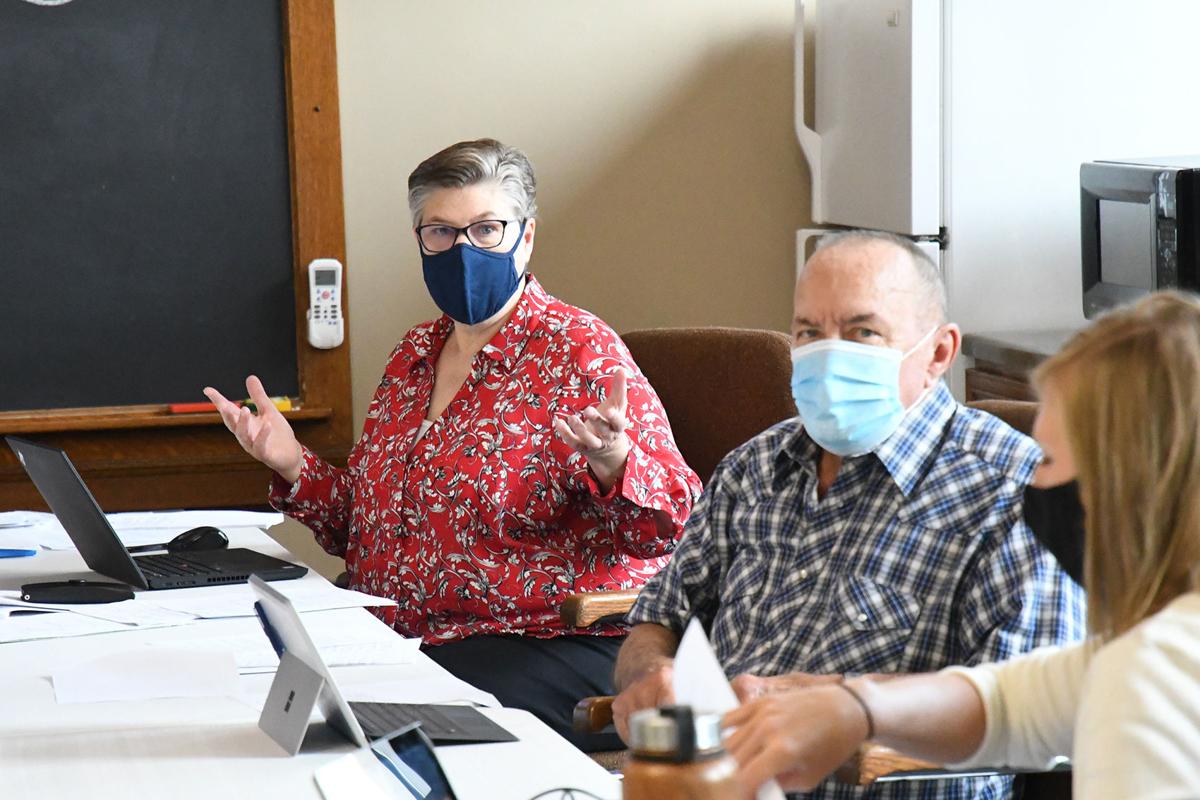 O’Brien County auditor Barb Rohwer makes a comment during the board of supervisors’ meeting Tuesday, June 30, in Primghar while board chairman John Steensma and board member Sherri Bootsma listen. The supervisors debated the merits of a proposed ordinance that would prohibit the use of excessively loud compression brakes within a mile of incorporated towns.

PRIMGHAR—A debate revved to life during the O’Brien County Board of Supervisors’ meeting Tuesday regarding a proposed braking ordinance.

Board member Dennis Vanden Hull was skeptical toward the ordinance, which would “prohibit the excessive, loud, unusual or explosive use of engine and compressed air-braking devices” within a one-mile radius of incorporated municipalities in the county.

Vanden Hull argued there already is negative sentiment toward such brakes — which he and other supervisors referred to as Jake brakes — and he did not want to see truck drivers who have Jake brakes become penalized for using them.

Vanden Hull explained he has experience driving trucks and argued such brakes are part of the trucks for safety reasons and they are less expensive because they rarely need to be serviced. He also suggested the ordinance wording be modified to specifically say “any unmuffled engine brake.”

Board member Dan Friedrichsen asked how much quieter a muffled Jake brake system would be compared to a unmuffled one. He also asked if unmuffled ones are legal.

“It’s on the truck. I don’t know how they sell them if it’s an illegal engine-braking system on it,” Friedrichsen said.

Vanden Hull countered by asking if someone with a quiet Jake brake system should have to get pulled over.

County engineer Scott Rinehart pointed out the language of the ordinance specifies noises that are loud and explosive. Friedrichsen added that as long as their brakes are quiet, truck drivers would not get tickets.

Friedrichsen asked Vanden Hull if he would comply with such an ordinance if he was driving a truck and saw a noise ordinance sign on the side of the road.

Vanden Hull said he would comply with it, but reiterated how such an ordinance could be viewed negatively by people in the trucking industry. He also mentioned the importance of the industry in places such as N’West Iowa.

“There’s certain counties that you look it up and they say that 30 percent of their jobs are related to trucking,” Vanden Hull said.

“That’s a big number, and I don’t want to make all them guys mad. I don’t want people leaving the area, and then you read the truckers’ report and they say, ‘I’m not going to deliver freight or anything to your area.’”

Friedrichsen countered by saying he doubted that would happen, as did board member Sherri Bootsma.

“Most of the people in northwest Iowa understand the importance and how much we rely on trucking,” Bootsma said. “I don’t think they want to do these ordinances to prevent trucks coming through because they know they need them.”

However, she also acknowledged the annoyance of residents who live on the outskirts of communities and consistently hear the loud noises compression brakes cause.

Friedrichsen asked Vanden Hull if it was wrong for residents to not want to be awakened by such noises.

“The trucking industry is already regulated to stop that anyway,” Vanden Hull said and cited a section of federal law which prohibits exhaust systems from exceeding certain noise levels.

Friedrichsen repeated his earlier point that as long as drivers comply with the ordinance, they will not receive a ticket.

“I’m absolutely not trying to hurt the trucking industry by any means,” Friedrichsen said.

“It’s a thing of respect to be considerate to not make noise to somebody when you’re going by their house, basically. I don’t think that’s too much to ask.”

Friedrichsen also explained if any county residents oppose the ordinance, they would have a chance to voice their opinions during the public hearing.

Other items the O’Brien County Board of Supervisors addressed during its meeting Tuesday included: