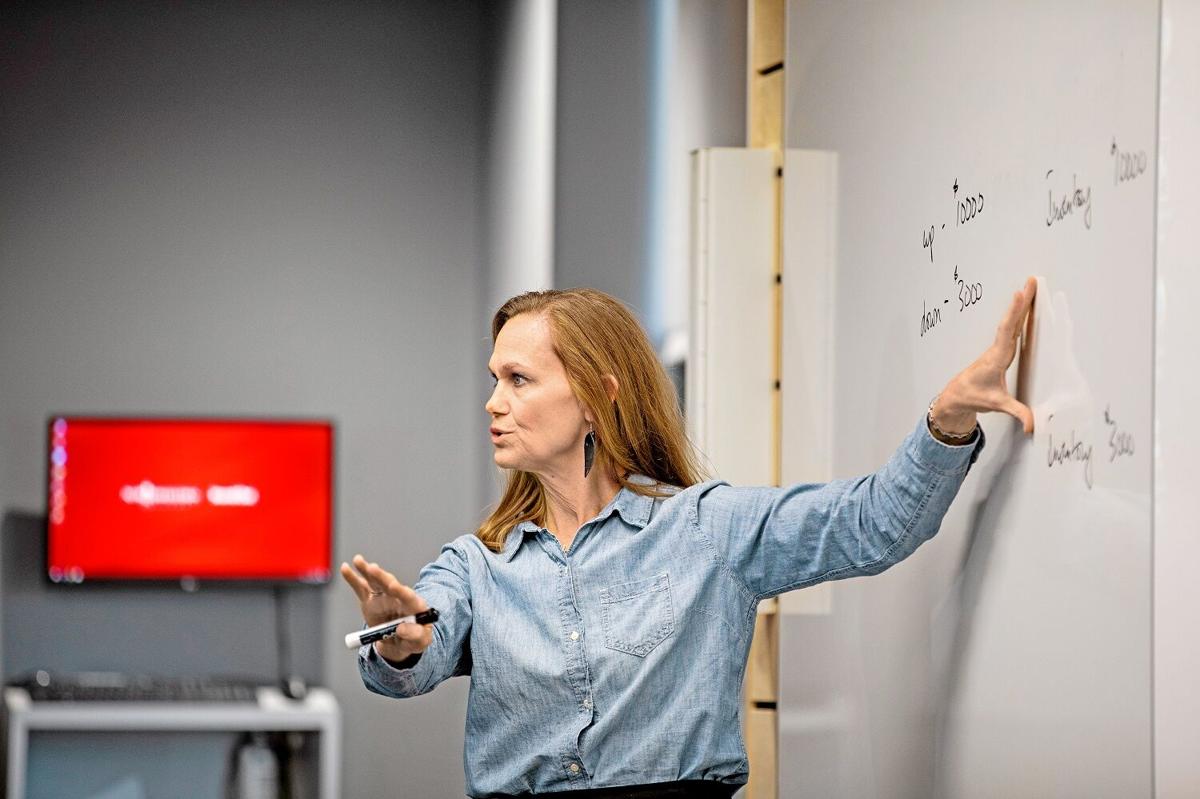 Vonda Post leads one of her accounting classes at Northwestern College. Post has taught accounting at the Orange City college for about 30 years and seen the program become one of the most successful in the country. 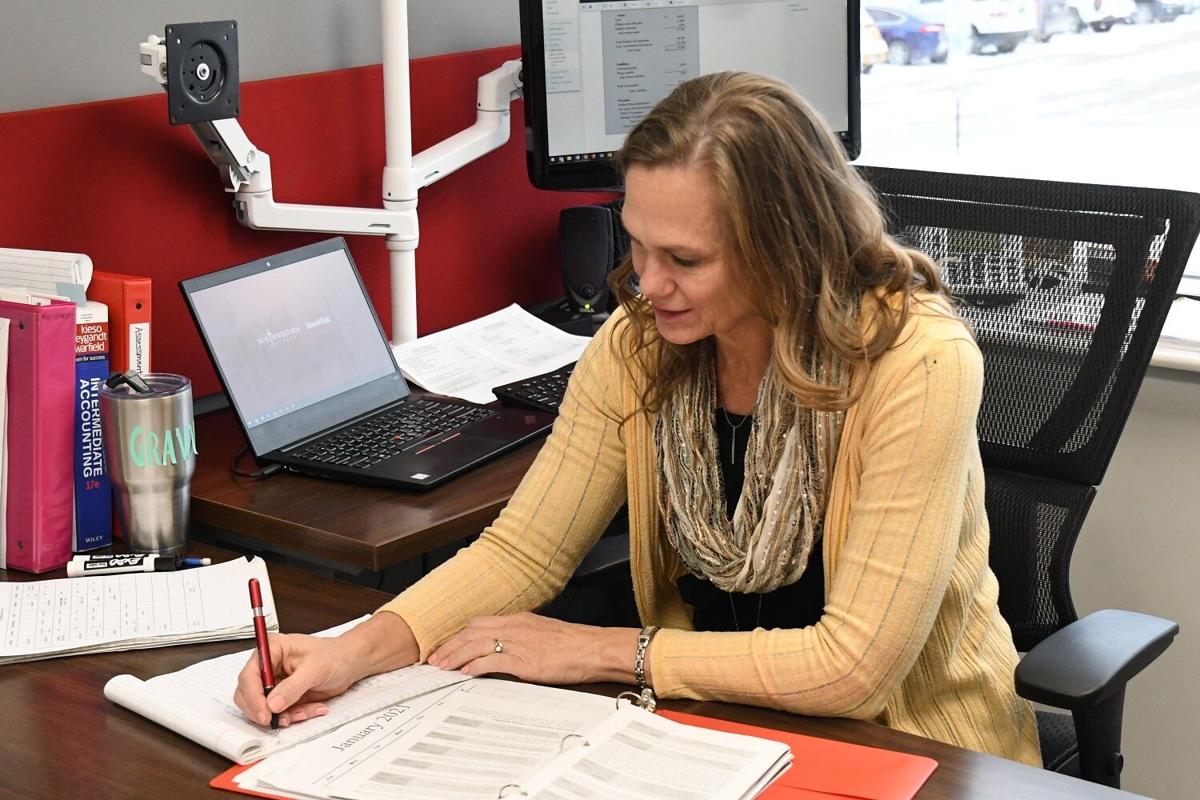 Vonda Post, professor of accounting at Northwestern College in Orange City, jots down a note while working in her office. She has taught at the college for about 30 years and seen the accounting program become one of the most successful in the country.

ORANGE CITY—Vonda Post doesn’t just want her accounting students at Northwestern College to memorize rules and mathematical formulas; she wants them to think like accountants.

“I want them to think about, ‘Why does that make sense? Why is that a good way to do accounting?’” said Post, a longtime professor of accounting at the Orange City college.

That emphasis on critical thinking in the college’s accounting major was one of several factors Post mentioned while talking about the consistent success the academic program has seen over the years.

In 2020, the college-ranking website Best Value Schools placed Northwestern’s accounting program as No. 1 for Iowa and No. 27 in the country.

Niche — a website that analyzes data for U.S. public schools, colleges, communities and companies — also ranked Northwestern among the top 10 best Iowa colleges for accounting and finance in 2021.

Graduates from the college’s accounting program — which is one of six programs in the business department — also have seen success in completing the Uniform Certified Public Accountant Examination.

“If it were just a one-off thing, OK, then it’s just we had good students that year or whatever, but it’s not,” Post said. “We’re fairly consistently toward the top on the CPA exam results.”

The college stood out on the national stage in 2017 when its students who took the CPA exam had the second-best pass rate among all institutions with more than 10 candidates. It was also No. 1 in Iowa by that criterion.

Not all accounting graduates wind up taking the CPA exam, since the certification is not needed for some types of accounting work.

“The significance of that CPA designation and passing that exam is that CPAs are the only ones who can do these attestation engagements — audits and audit-like engagements,” she said.

“Anybody can do tax returns, for the most part. Anybody can do bookkeeping, Anybody could do payroll, et cetera. But only CPAs can do these audits, so that’s the special niche that a CPA has.”

She added that CPA designations show a person has a certain level of expertise in the field, given the work involved in passing the extensive, four-part exam. Test-takers sit for each part separately and have four hours to complete each one.

The courses in Northwestern’s accounting program prepare students for the exam, and Post offers a special CPA exam review class for students wanting to sit for the test. There also are commercially available review packages candidates can study and practice tests they can take.

Whether or not they choose to take the CPA exam, Northwestern’s accounting majors have enjoyed high rates of job placement after graduating.

Post also attributed some of the accounting program’s success to the students themselves and how the program’s emphasis on honesty in business dovetails with the pupils’ own sense of personal integrity.

“They have to have good integrity because they have to care about telling the truth, about the accounting information being the truth about the company and not just lying so that people will do the things they want them to do,” Post said.

“There’s that kind of skill set that we hope they learn. Most of our students come in with high integrity. We don’t have to teach integrity.”

ORANGE CITY—Sioux County Youth Fair Board president Craig De Haan presented to the Sioux County Board of Supervisors during its Jan. 12 meetin…