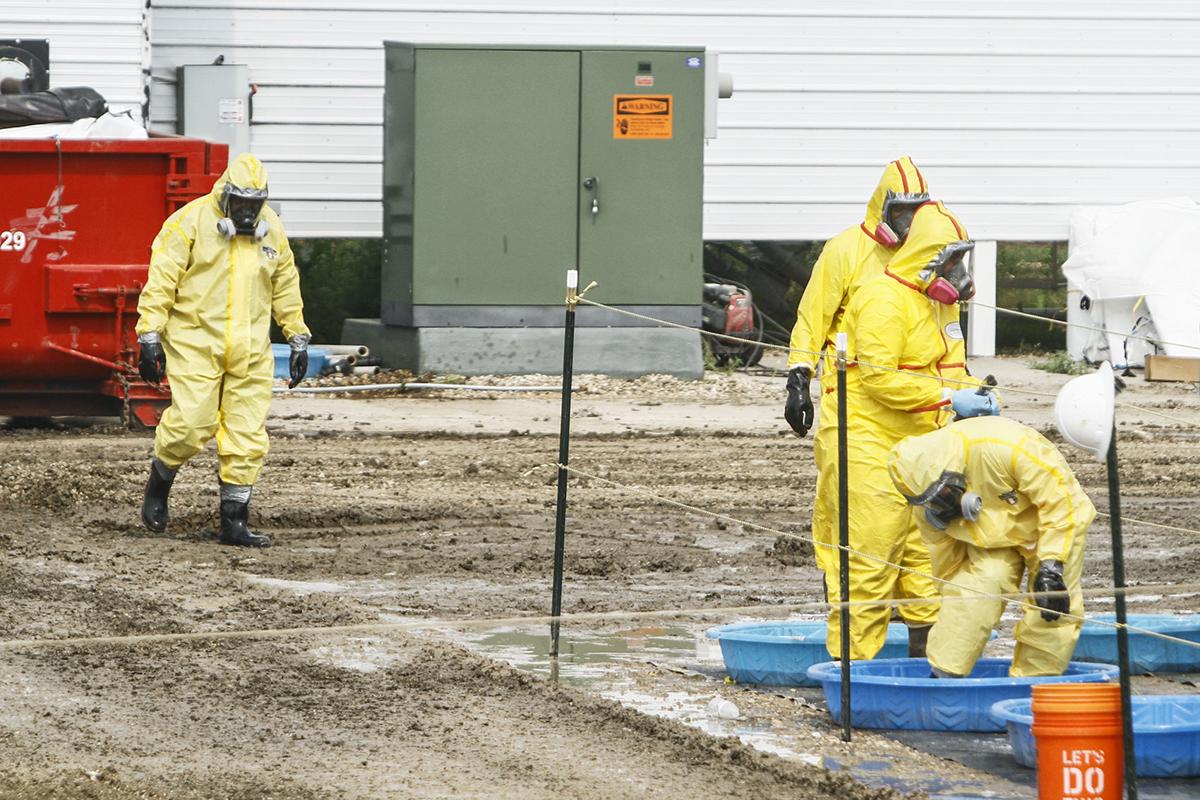 A worker walks to the decontamination line following a shift change at a poultry farm south of Sheldon in April 2015. The U.S. Department of Agriculture is urging poultry producers to continue to evaluate and potentially improve their biosecurity measures. 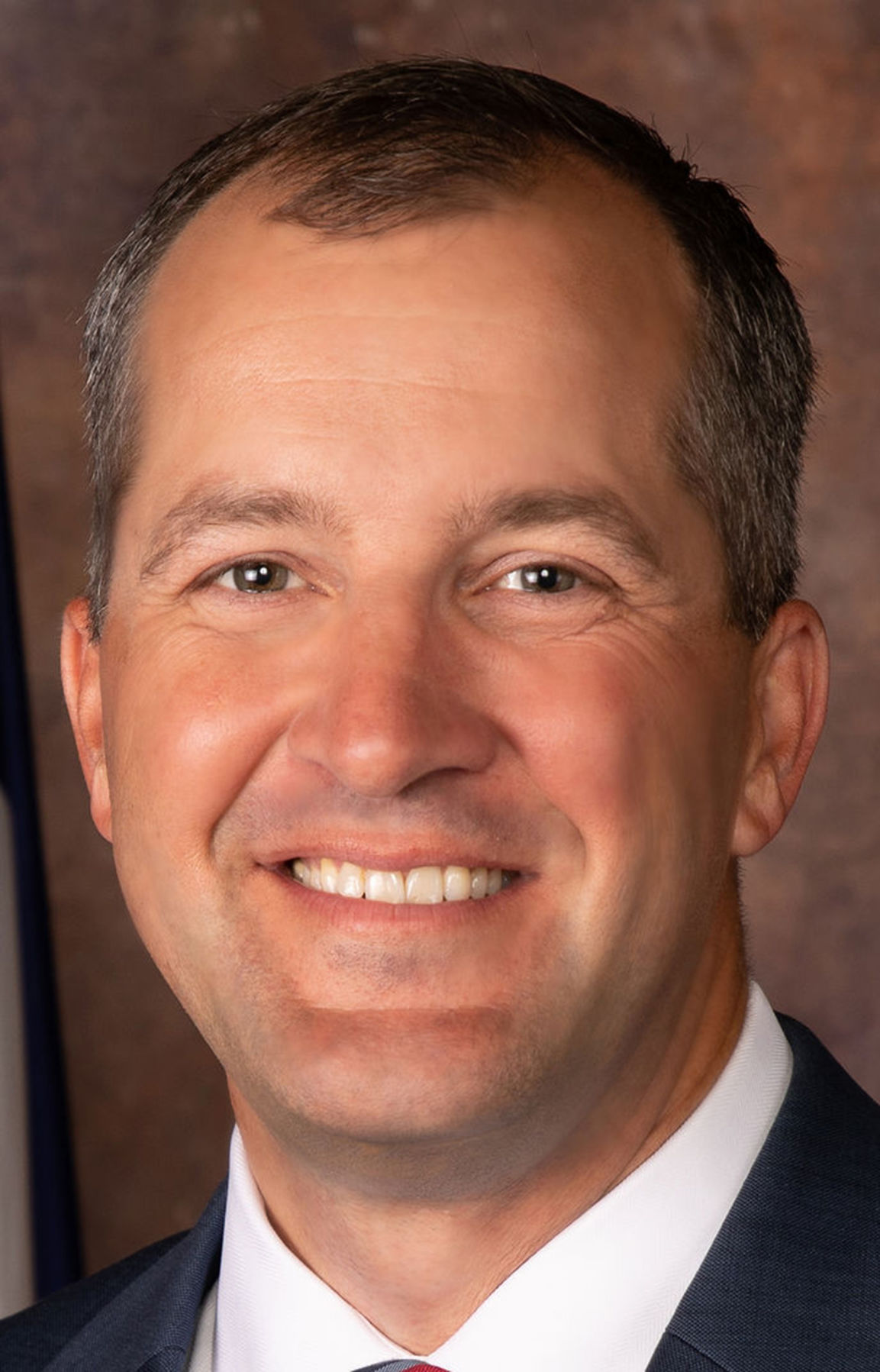 REGIONAL—A contagious strain of bird flu flying through and wreaking havoc in South Carolina has caught the attention of Iowa agriculture officials.

That was the first confirmed case of highly pathogenic avian influenza in commercial poultry in the United States since 2017. The strain apparently mutated from a low pathogenic strain that had been found in poultry in that area recently.

Iowa secretary of agriculture Mike Naig noted the annual migrations of birds every spring and fall bring an increased chance of avian influenza returning to the state.

“Really, there’s a chance throughout the year, but there’s a heightened chance this time of year in the migration where a high-path virus could be delivered into our area,” he said.

Naig said the confirmed bird flu case has created “a time of really heightened biosecurity for our poultry producers all across the state.”

“With an actual detection in the United States, I think that just takes it to the next level in that it’s a very important reminder that this is still a very real threat and something that everybody needs to take seriously,” he said.

“The associations have done a great job of working with us and getting information out to their members and just really reminding people that this is a time to be extra vigilant and to do whatever we can to keep the virus out of our operations,” he said.

Naig said the Iowa Department of Agriculture and Land Stewardship has “spent the last several years really stepping up our efforts to prevent and prepare for a response if we would ever have to deploy one.”

“We’ve already have that conversation about heightened awareness, but you can rest assured we’re watching it very, very closely,” Naig said of the South Carolina situation.

The Animal and Plant Health Inspection Service's National Veterinary Services Laboratories in Ames confirmed samples from the affected flock of about 30,000 turkeys, which was destroyed, had highly pathogenic H7N3 avian influenza.

Naig noted there are real­ly no epidemiologic links between Iowa and South Carolina in regard to their respective poultry production systems.

“There’s not a natural linkage from an industry standpoint to Iowa,” he said. “Again, we’ve watched that very closely, but I think that’s some of the good news here.

“It’s a different flyway — migratory flyway — but there are not a lot of birds that move back and forth between Iowa and the Carolinas when it comes to production,” he said.

“We knew that we needed as an industry to step up biosecurity,” he said. “Again, that’s something that has to occur every single day. In spring, when a wild bird migration is occurring, we know that it is a time for heightened biosecurity.

"Go ahead and take extra measures and really take this opportunity to remind employees and frankly anybody coming on and off of these facilities that biosecurity has to be top of mind," he said.

During the 2015 bird flu outbreak in Iowa, there were a total of 77 premises — 35 commercial turkey sites, 22 commercial egg-laying chicken sites, 13 pullet sites, one mail-order hatchery and six backyard flocks — in 18 counties and more than 31.5 million birds that were affected by the disease.

The highly pathogenic H5N2 virus flew through Iowa — including Lyon, O’Brien, Osceola and Sioux counties — and wreaked havoc on farm fowl in the country’s top egg-producing state, which took an economic hit of about $1.2 billion because of the bird flu.

The Iowa Department of Agriculture and Land Stewardship’s website is a resource of information about avian influenza and biosecurity tips:

REGIONAL—The effects of the bird flu flying through Iowa five years ago continue to resonate in the state.