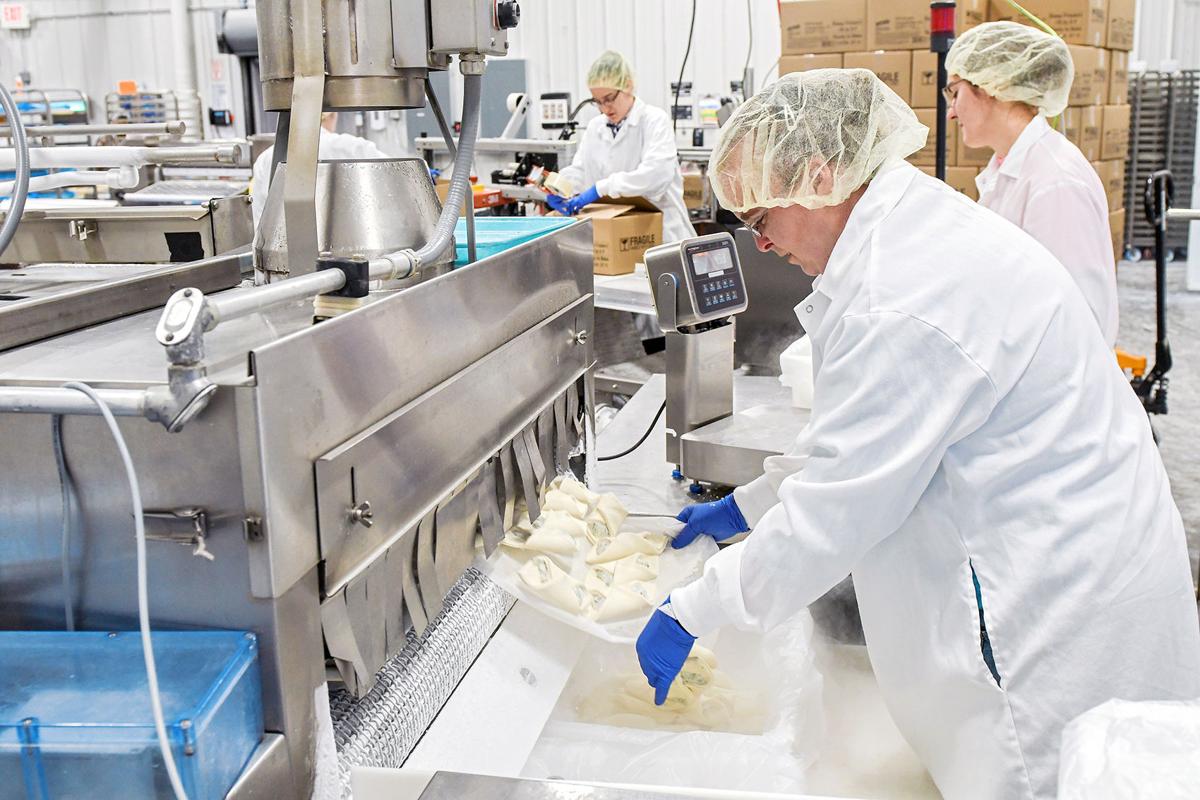 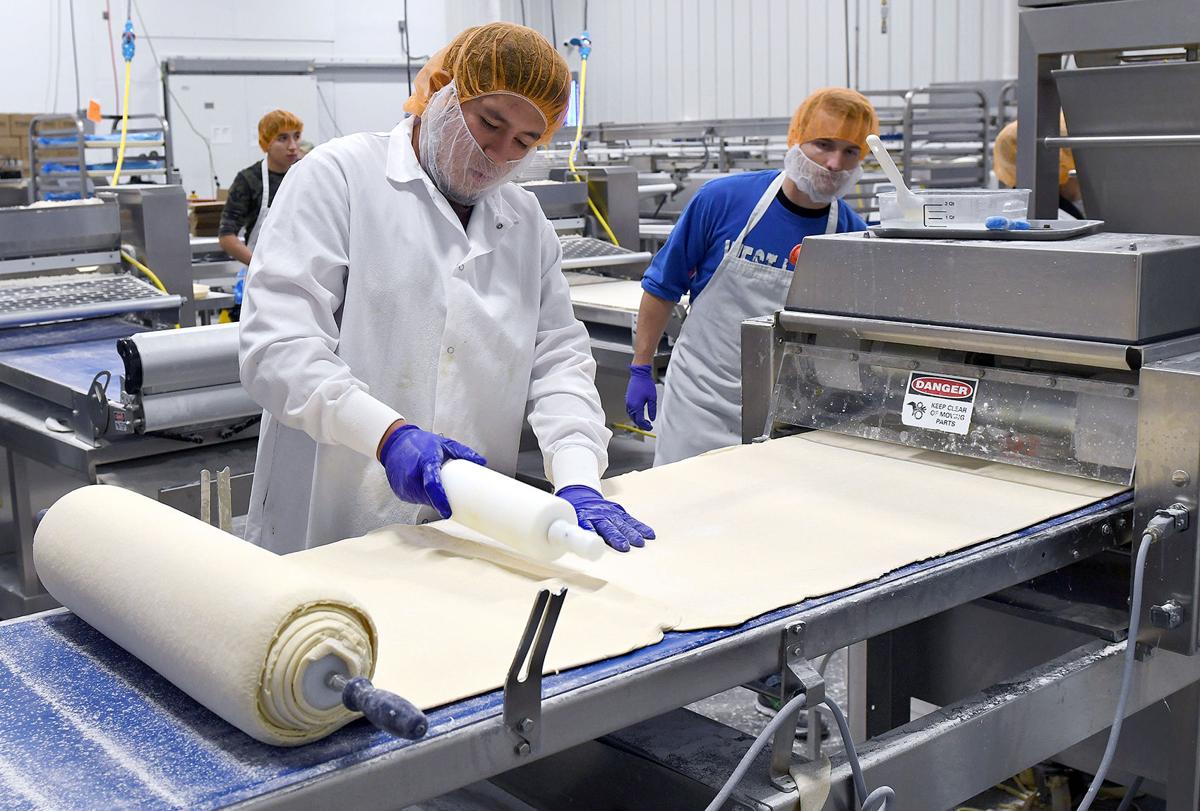 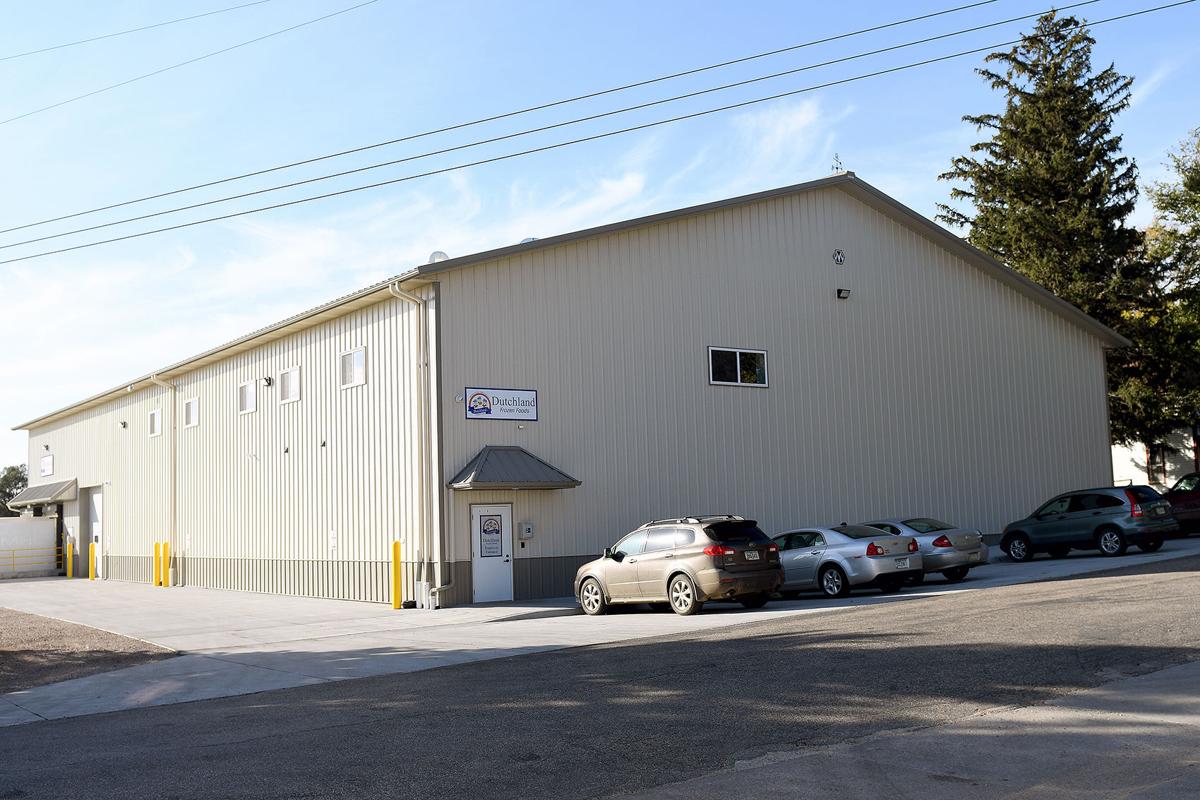 Dutchland Frozen Foods in Lester celebrated the completion of an approximately 12,000-square-foot addition Oct. 4 by welcoming Lt. Gov. Adam Gregg and members of the public for tours of the family business and hosting an appreciation meal.

Dutchland Frozen Foods in Lester celebrated the completion of an approximately 12,000-square-foot addition Oct. 4 by welcoming Lt. Gov. Adam Gregg and members of the public for tours of the family business and hosting an appreciation meal.

LESTER—A longtime Lyon County company is thankful for the growth it has experienced.

Dutchland Frozen Foods in Lester celebrated its newest addition on Oct. 4 by welcoming Lt. Gov. Adam Gregg and members of the public for tours of the family business and hosting a meal to thank the community and the surrounding area for supporting the company.

“It just so happened that we were just about done with the building and we were thinking about an open house,” said Peter Van Wyhe, one of the owners of Dutchland Frozen Foods.

“We are very thankful that all the residents and the businesses in Lester have really supported us well,” Peter said.

The company’s newest building is about 12,000 square feet and contains offices, a production area, dry storage space, and cooler and freezer storage space.

“The main reason we added it is just because we were just maxed out on space,” said Monty Van Wyhe, one of Peter’s sons and one of the owners of Dutchland Frozen Foods. “We just needed more space.”

The business, which has about 75 employees, can trace its roots back to 1992, when Peter and his wife, Susan, and his parents, Wayne and Jennie, bought a franchise from Ken and Marlene Banwart of West Bend.

Under the name of Wyhe’s Choice, the Van Wyhe family agreed to a 16-year franchise contract with Country Maid Inc.

In 1992, the Van Wyhe family — who had been crop and hog farmers — bought a former bank building on Lester’s Main Street that had been sitting empty for a few years and remodeled it.

“We turned it into a little production facility,” Peter said, noting the roughly 1,500-square-foot structure had office space, a production area and a break room.

“We made the whole safe into a walk-in cooler,” he said. “We did set down a reefer semi box and turned that into a freezer behind the building.”

The following year, an approximately 2,000-square-foot addition was constructed to allow for more space for production and cooler and freezer storage.

In 2003, a major 9,000-square-foot addition was opened, which provided room for high-volume production equipment and cold storage.

That was the last expansion before the franchise contract with Country Maid Inc. came to an end in 2008.

“They gave us a couple of years before that to start developing our own products,” Peter said.

In 2008, the Van Wyhe family released what they called their first brand of frozen pastry products under the name of Pastry Puffins.

The next year, they started selling dough in bulk under the brand name of Dutchland Classic Pastries.

“We’ve added all different types of pastries now to that. Now it’s up to 80-some different products.

“We’re marketing that pretty much across the USA to more upper-scale clients, like Whole Foods stores, Trader Joe’s,” he said. “It’s more of an upscale, clean label. It’s all-natural; there are no artificial ingredients.”

After that, the Van Wyhe family launched two more products: PuffCrust Pizzas in 2012 and Butter Hearts in 2017.

They refer to Pastry Puffins, PuffCrust Pizzas and Butter Hearts as fundraising products.

“The way it works is that we set up these dealerships,” Peter said. “We have about 15 to 20 across the country.”

Dutchland Frozen Foods likes to find people who are interested in building their own business.

“We bring them in here for training and show them what the investment might be,” Peter said. “Then we want to sell our products to them and then they go out into their area — about 1 million to 2 million people — and contact every school, church group, dance group, 4-H, FFA, all of those groups to sell products, to raise money.”

Monty added to his father’s explanation.

“We try to pick products that are exclusive for fundraising so it’s something unique you’re not going to able to buy in a grocery store,” Monty said. “That way, the customers actually look forward to them because it’s high-quality pastries that they can’t buy anywhere else.”

Dutchland Frozen Foods believes in providing high-quality products, treating its customers like gold and hiring good people to work for the business in Lester, a Lyon County community of about 300.

“I can’t stress enough of surrounding ourselves with very good employees,” Peter said. “It makes all the difference in the world.”

Dutchland Frozen Foods in Lester is owned by Peter and Susan Van Wyhe and their sons Mychal, Monty and Malachi.

Peter and Susan’s sons and daughters — Melissa, Michelle and Marcy — all worked for the family business while growing up and now 10-12 of the couple’s grandchildren now work at the company, which uses the tag line of “Generations of Quality.”

Wayne and Jennie Van Wyhe, Peter’s parents, and Peter and Susan are credited with setting up the foundation for the success that Dutchland Frozen Foods is experiencing today.

According to the company’s website, Wayne’s parents and Jennie’s parents came to the United States from the Netherlands.

Their Dutch heritage has brought to Dutchland Frozen Foods characteristics critical for a successful frozen food business: Roots in a country world-famous for its food products, a strong work ethic and strict attention to quality and cleanliness.

For more information on the business, headquartered at 205 Main St. in Lester, call 712-478-4349 or visit dutchlandfrozenfoods.com.

LARCHWOOD—When Ruth Rens learned she was to be inducted into the Iowa 4-H Hall of Fame this year, it was a complete shock to her.