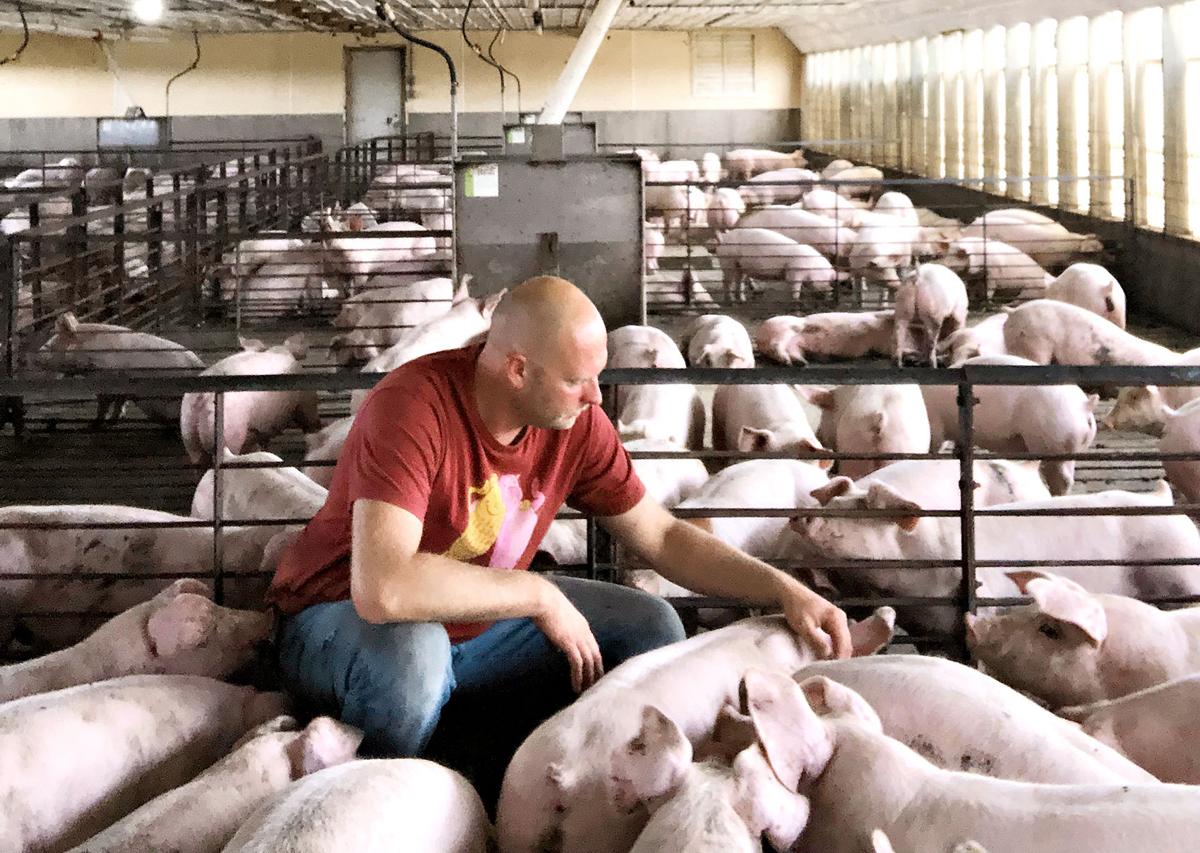 Gerry Brands of rural Inwood looks over pigs inside one of the swine finishing barns that he and his brother Gary manage. The Iowa Pork Producers Association named the siblings as the 2018 recipients of its Pork All-American Award. 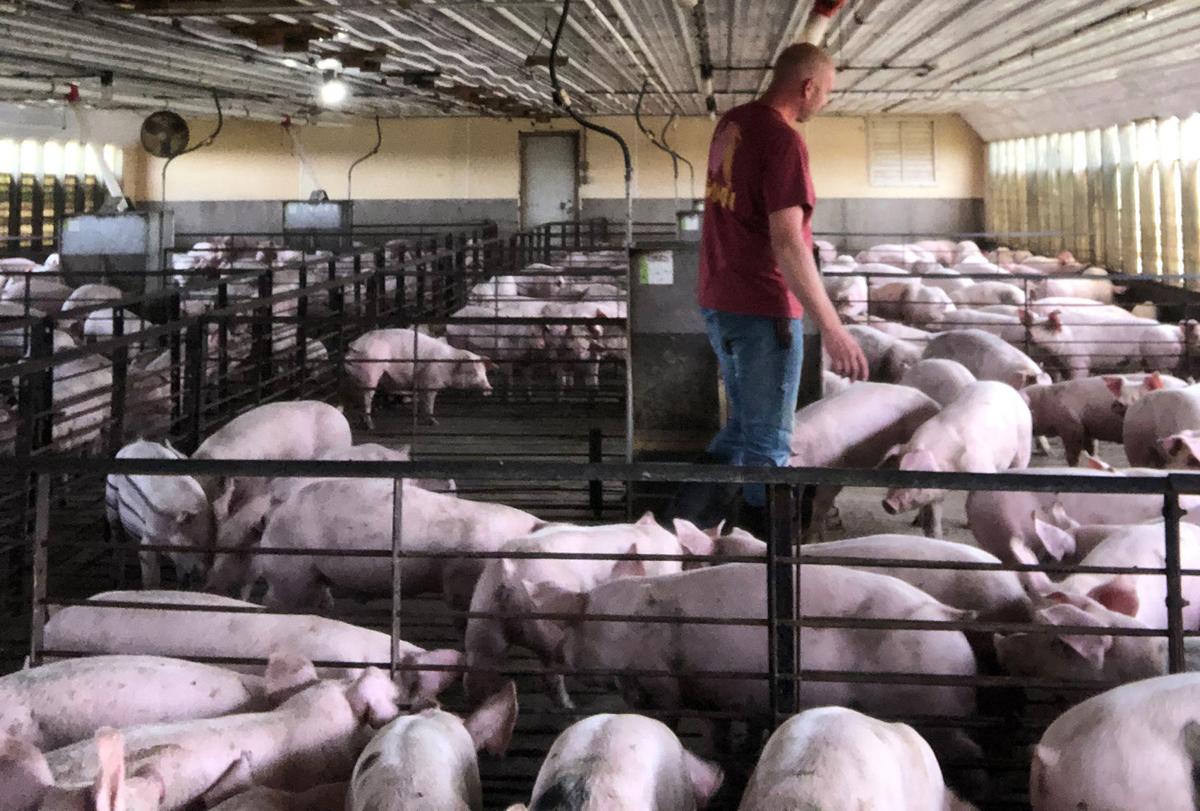 Gerry Brands of rural Inwood looks over pigs inside one of the swine finishing barns that he and his brother Gary manage. The Iowa Pork Producers Association named the siblings as the 2018 recipients of its Pork All-American Award, which was presented in January. 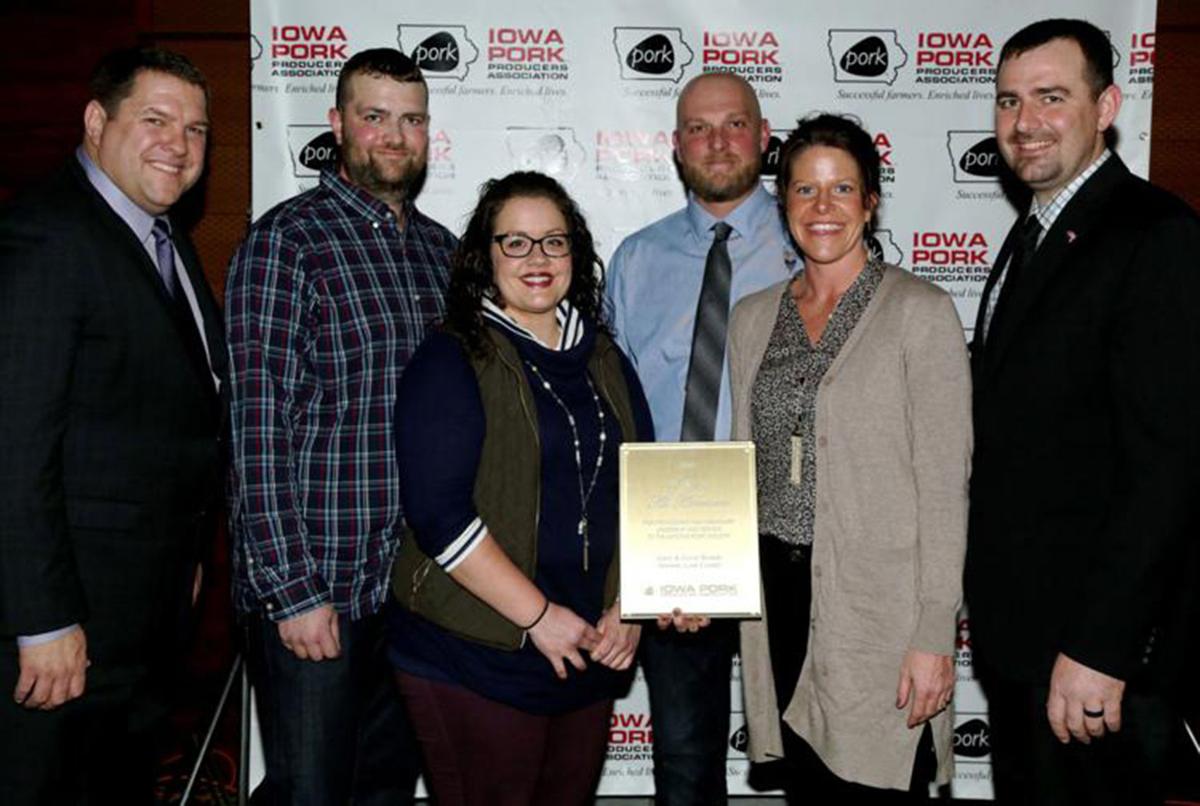 Gerry Brands of rural Inwood looks over pigs inside one of the swine finishing barns that he and his brother Gary manage. The Iowa Pork Producers Association named the siblings as the 2018 recipients of its Pork All-American Award.

Gerry Brands of rural Inwood looks over pigs inside one of the swine finishing barns that he and his brother Gary manage. The Iowa Pork Producers Association named the siblings as the 2018 recipients of its Pork All-American Award, which was presented in January.

The Iowa Pork Producers Association named the rural Inwood siblings as the 2018 recipients of its Pork All-American Award. They were recognized during the 2019 Iowa Pork Congress held Jan. 23-24 in Des Moines.

“It was a very nice honor,” Gerry said. “We weren’t expecting it. We’re very appreciative of it.”

The association’s Pork All-American Award was established in 1970 to honor producers under 40 years of age who have established themselves as community leaders and successful and dedicated businesspeople.

Gary, 35, and Gerry, 41, previously have been presented with the association’s Master Pork Producer designation, which they earned in 2010.

“I like to think that we do a great job of taking care of pigs,” Gerry said.

The Brands brothers have a sow unit with an internal gilt multiplier system at a barn that was built about two miles west of Inwood by the end of 2002.

“Instead of how some hog units do it — they buy new females to keep replenishing the herd — we actually grow them ourselves,” Gerry said.

“We take them from baby pigs and bring them up to be our new females to breed and to farrow,” he said. “That way, they always stay in our building. We never take any new ones in.

“This is a farrow-to-wean operation. We have about 600 sows. We breed them and farrow them — they have their baby pigs. Pigs are about 3 weeks old when they leave here.”

“We’re contract producers,” Gerry said. “We don’t own the pigs. We take care of all of the work. We get paid for the pigs that we produce.”

Tyler Moser of Idlenot Farms nominated the Brands brothers for the award.

“Gary and Gerry have always sought to achieve a high level of production, animal well-being and environmental stewardship,” Moser said. “We are super pleased to see their hard work and dedication recognized with the Pork All-American Award.”

The Brands brothers appreciated being nominated by Idlenot Farms, a birth-to-market swine operation.

“It was kind of neat that they thought pretty highly of us to nominate us for it,” Gary said.

Gary and Gerry enjoy working with their pigs.

“You’ve got to have a mindset of just taking your time when you move them,” Gary said. “If you get into a rush, they’re not going to cooperate, but that’s any animal.”

“Be patient and be caring with them,” Gerry said. “If you care for the pigs, they will care for you. The pigs have always treated us very well.”

Their sow farm building was one of the first operations in N’West Iowa — and the country — to incorporate year-around air filtration into their herd biosecurity program.

The Brands brothers have seen the continued benefit to herd health since their sow farm building became fully filtered in December 2007.

“The air coming in — fresh air — is all put through big filters and it filters out any viruses, diseases,” Gerry said. “It’s a big undertaking to do, but it’s really kept a lot of disease out.”

“That’s where the biosecurity part comes in — being picky about how you’re doing things and bringing stuff in,” Gary said. “You’re not going by other pigs and then all of a sudden coming right in here. You try to not make that the same day.”

The farm batch-farrows, weaning pigs every 28 days. The Brands brothers are re­­sponsible for all of the genetic evaluations, replacement gilt selection and breeding decisions.

Gary and Gerry also manage two 1,000-head swine finishing barns that they bought from their parents, Gerald and Lavina.

“We feed some pigs there for Idlenot Farms,” Gerry said. “They’re just at a different stage. They’re the pigs that are growing up — fattening hogs.”

The Brands brothers also own a 2,000-head beef cattle feedlot — mostly Black Angus — and grow corn on about 380 acres of farmland.

As with most family farm operations, the Brands brothers help each other out and are the sounding board each other needs when it comes to making major decisions.

“The kids help here,” Gerry said. “They grab all of the baby pigs and ship them out the door. They help on the farm with mowing and regular farm things.”

Despite having different ways of doing things, the Brands brothers have each other’s best interests in mind.

“Knowing that no matter how something gets done, or what gets done, we’re making that decision knowing that it’s not going to just affect just one of us, it’s going to affect the other one, too,” Gary said.

“We are definitely different personalities, but we complement each other so well,” Gerry said.

Gary and Gerry again ex­­pressed their appreciation for the support from Idlenot Farms, which helped them get started as full-time pork producers about 17 years ago.

“They’ve treated us just wonderfully,” Gerry said. “We’re very appreciative of them. We were looking for a way to start farming full time. This was a great opportunity.”

ALVORD—Chet Mogler has accomplished quite a bit in the time since he began managing his family’s pig farm in 2011.