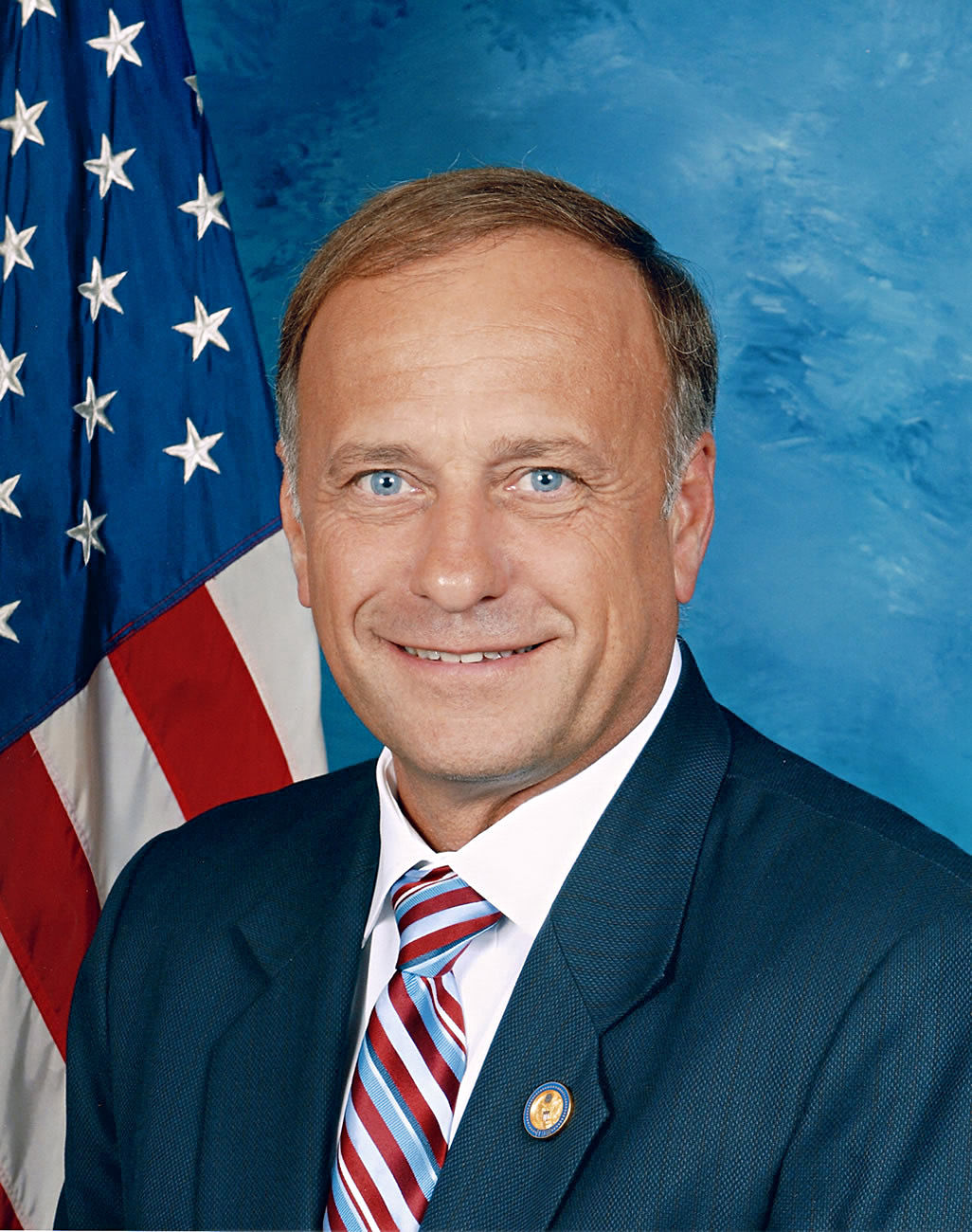 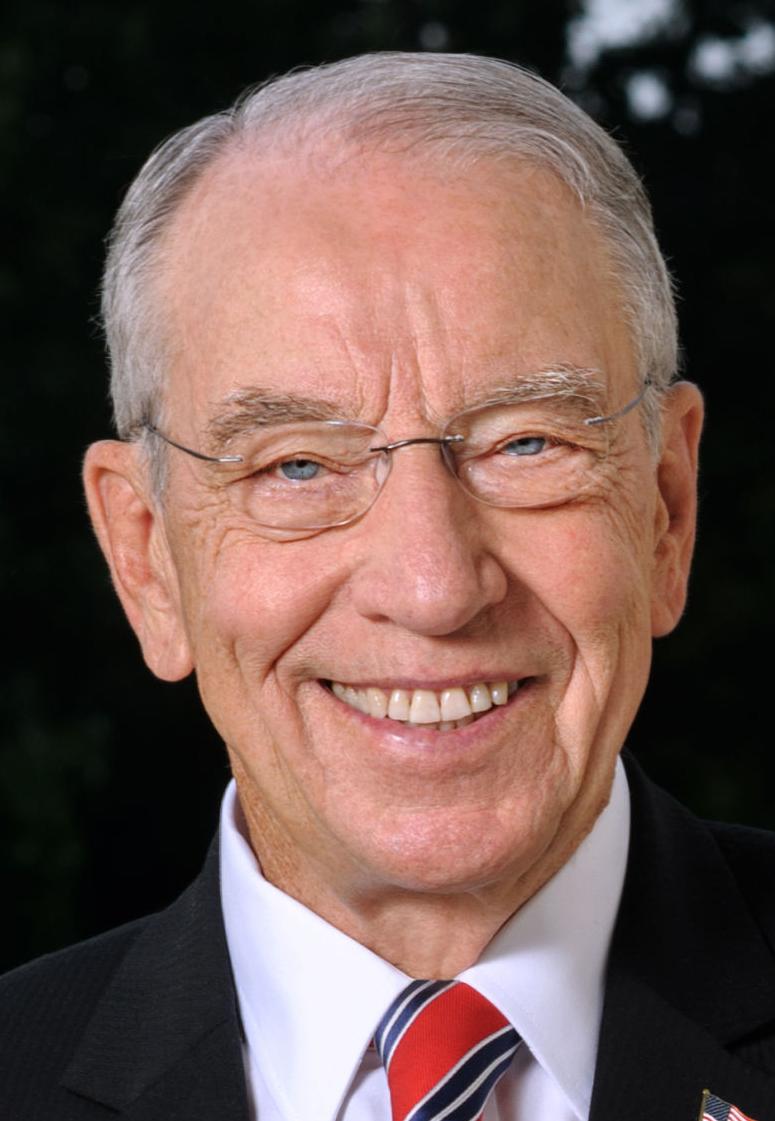 “Without just limiting it to Steve King, I strongly disagree with any comments supporting white supremacy,” U.S. Sen. Chuck Grassley (R-Iowa) told The Mail-Sun on Monday. “It’s offensive and it’s not a view that I hold.”

The latest firestorm for King, who is no stranger to inflammatory remarks, stem from an interview with The New York Times on Thursday.

His full quote was: “White nationalist, white supremacist, Western civilization — how did that language become offensive? Why did I sit in classes teaching me about the merits of our history and our civilization?”

Censure registers the House’s deep disapproval of member misconduct that, nevertheless, does not meet the threshold for expulsion, according to house.gov.

Charles Rangel, a Democrat from New York, was the last member of the House to be censured. Only 23 members of the House have ever been censured.

Rangel was censured in 2012 for misuse of congressional letterhead for fundraising; impermissible use of rent-controlled facility for campaign headquarters and inaccurate financial reports and federal tax returns.

Late Monday evening, House Republicans voted to remove King from all of his committee assignments. He had been serving on committees for agriculture, small business and judiciary.

After doing so, House Minority Leader Kevin McCarthy, a Republican from California, released a statement denouncing King to Fox News and other outlets.

McCarthy said King’s comments were “beneath the dignity of the Party of Lincoln and the United States of America. His comments call into question whether he will treat all Americans equally, without regard for race and ethnicity. House Republicans are clear: We are all in this together, as fellow citizens equal before God and the law. As Congressman King’s fellow citizens, let us hope and pray earnestly that this action will lead to greater reflection and ultimately change on his part.”

King called the move a “political decision that ignores the truth.”

King released a statement denouncing The Times’ article Thursday, which he said suggests he advocates for white nationalism and white supremacy.

“I want to make one thing abundantly clear; I reject those labels and the evil ideology that they define,” King wrote. “Further, I condemn anyone that supports this evil and bigoted ideology which saw in its ultimate expression the systematic murder of 6 million innocent Jewish lives.”

In a November interview with the Sioux Center News, The Mail-Sun’s sister publication, King again defended himself from allegations of racism.

“Up until election night, I didn’t fight that statement,” King said. “I said, ‘There’s no basis for it, and therefore I’m not going to go down that path of trying to argue against a negative because you can’t disprove a negative.’”

Still, King’s latest comments were rebuked by Democrats and Republicans.

A day before King’s remarks, Feenstra announced he plans to challenge King for his seat in Congress during the 2020 GOP primary.

“Iowa’s 4th District doesn’t have a voice in Washington because our current representative’s caustic nature has left us without a seat at the table,” Feenstra said. “We don’t need any more sideshows or distractions, we need to start winning for Iowa’s families.”

The two men will battle for the Republican nomination for Iowa’s 4th Congressional District, which encompasses 39 counties, including Lyon, O’Brien, Osceola and Sioux.

In addition to releasing a statement via his Twitter page, King also addressed his Times interview on the House floor in a seven-minute speech Thursday.

“I regret the heartburn that has poured forth upon this Congress and this country and especially in my state and in my congressional district, but the people who know me know I wouldn’t even have to make this statement because they do know me,” he said. “They know my life, they know my history, they know that I have lived in the same place since 1978. There’s nothing about my family or my history or my neighborhood that would suggest that these false allegations could be supported by any activity whatsoever. I reject that ideology, I defend American civilization, which is an essential component of western civilization.”

REGIONAL—Tariffs and regulating agricultural workers who illegally entered the country were two of the ag-related issues U.S. Sen. Chuck Grass…

This week we are focusing on Boys Basketball We will rotate through each of the varsity sports going on during the current season. We will post the nominations online, and you get to pick the winner. The winner will have a short feature printed in this week's edition of The N'West Iowa REVIEW. POLL CLOSES 9 A.M. WEDNESDAY, JAN. 20.