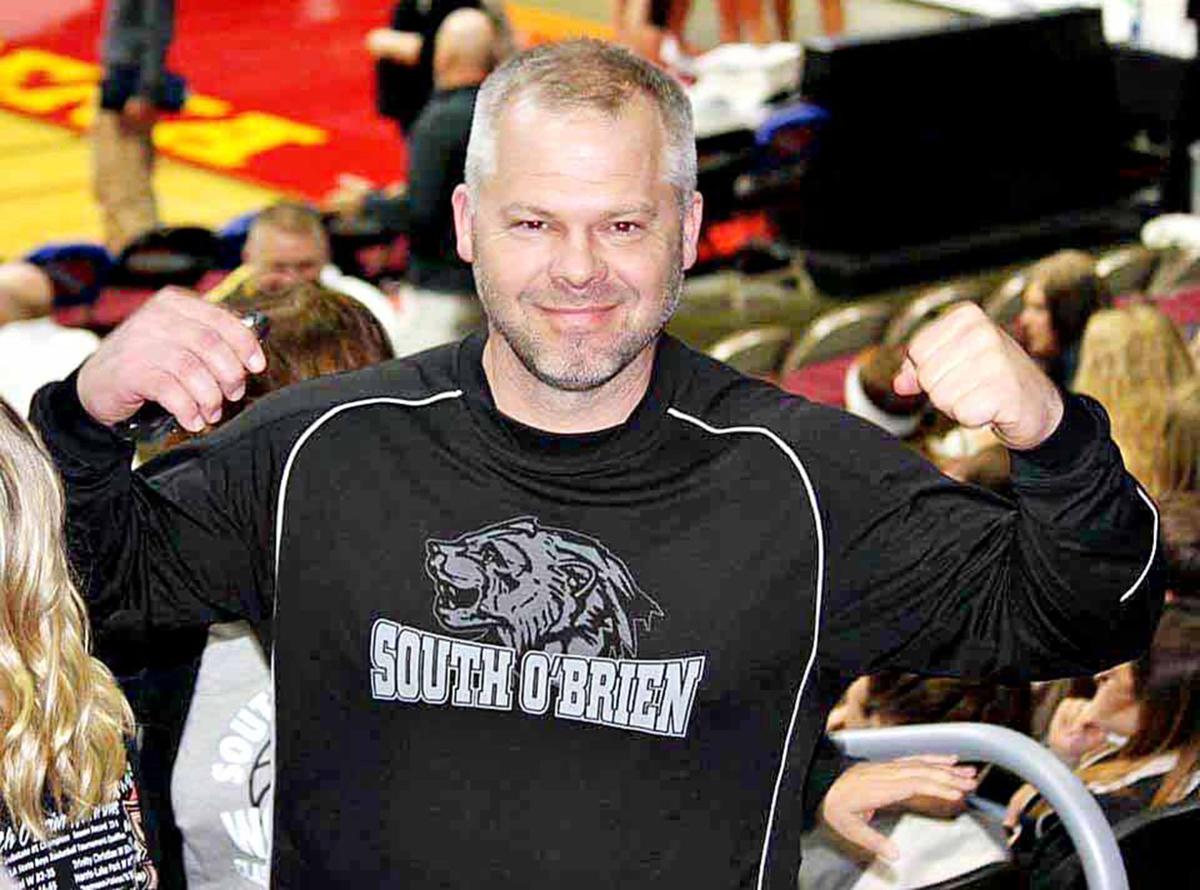 Agriculture had always been a part of the life of Kirk Struve. The late rural Granville man received the O’Brien County Value-Added Agriculture Steering Committee’s Agriculture Hall of Fame Award on Monday, July 22. 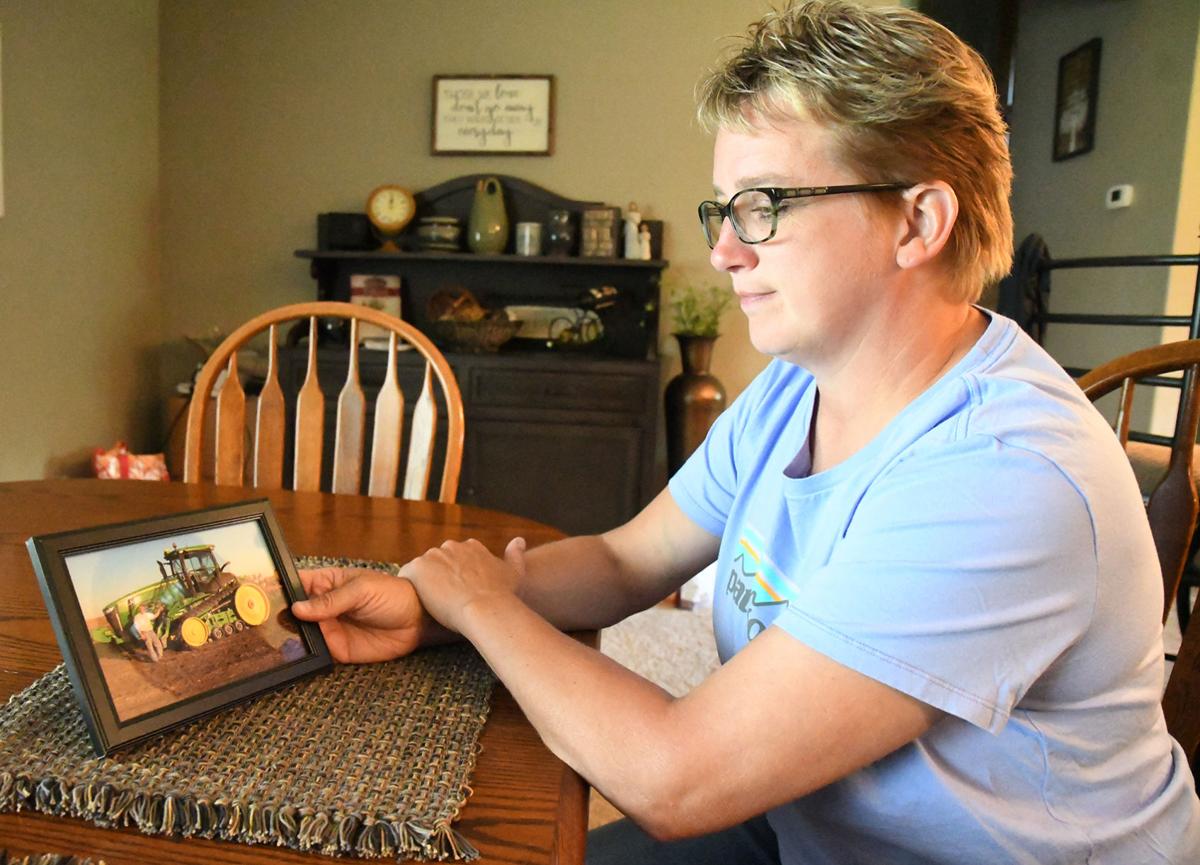 Agriculture had always been a part of the life of Kirk Struve. The late rural Granville man received the O’Brien County Value-Added Agriculture Steering Committee’s Agriculture Hall of Fame Award on Monday, July 22.

The late rural Granville man on Monday, July 22, received the O’Brien County Value-Added Agriculture Steering Committee’s Agriculture Hall of Fame Award during a ceremony at the county fair in Primghar.

“He would have been honored and humbled by it,” said 46-year-old Heather Struve, Kirk’s wife. “It meant a lot.”

Kirk was the first person to be recognized posthumously with the Agriculture Hall of Fame Award. The annual honor has been around since 2001.

The steering committee was unanimous in its decision to honor Kirk with the award. His father, Craig Struve, received the recognition in 2016.

Award nominations for Kirk were submitted by Rich Frerk of Paullina, and Tom Wagner of Primghar and Dennis Freed of Paullina. The latter two turned in a combined form.

“Just for somebody to even take the time to remember him and to put that down into words means a lot,” Heather said. “It tells the relationships that he created.”

As for Tom, he and Kirk worked together as agronomists in Calumet at C-S Agrow Service, which was founded by Craig and his wife, Chris.

“He knew somebody everywhere we went, especially if it was anything related to agriculture,” Heather said of Kirk. “He was farming and doing custom work, but before, he was an agronomist.

“A lot of guys still — even though he wasn’t an agronomist anymore — they’d still call him because he was their person they always went to,” she said.

Kirk was born on June 26, 1971, in Sioux City. Five years later, Kirk and his family moved to Calumet, where he was raised.

Growing up, Kirk spent a lot of time at C-S Agrow Service, his parents’ fertilizer and agrichemical dealership.

The business is where he learned how to sweep the fertilizer shed, build grain bins and operate application equipment.

“He basically lived at the fertilizer plant,” Heather said. “They had a grain bin business. He helped build bins in the summer.”

Kirk attended Sutherland High School, graduating in 1990 as part of its last class before the formation of the South O’Brien School District.

Heather, a rural Sutherland native, graduated in 1991 as part of the first class from South O’Brien High School in Paullina.

Kirk and the former Heather Farquhar were married on Aug. 6, 1993. He graduated the next year from South Dakota State University in Brookings.

After earning a bachelor’s degree in agronomy, Kirk returned to N’West Iowa to work as an agronomist at C-S Agrow Service.

After the sale of C-S Agrow Service in 2008, Struve worked with Ag Partners until 2010, when he and Craig bought Ag Land Custom Co.

With that purchase, Kirk became a full-time farmer, farming his family land and custom farming for several people across the region.

Kirk died on Jan. 27 at the age of 47 after he was fatally injured in a rural Clay County hunting incident about four miles south of Royal.

In April, students from MMCRU High School in Marcus showed their support for the Struve family by building a wooden memorial bench to gift to them in Kirk’s honor.

That was a nice moment for Heath­er and her children. However, this year continues to challenge the Struve family.

Heather, the South O’Brien School District’s 7-12 art teacher and high school softball coach, has been diagnosed with breast cancer and undergone a couple of lumpectomy procedures.

She is scheduled to undergo a mastectomy procedure on Aug. 6 at the Edith Sanford Breast Center in Sioux Falls, SD.

“They actually caught it in the very early stages,” Heather said. “Right now, they’re very positive about everything.

“I’m a little nervous about everything, but hoping that I can back to normal by the time school starts again,” she said.

While this year has been tough for her and her children, she has appreciated all of the support they have received, including Kirk’s induction into O’Brien County’s Agriculture Hall of Fame.

“He loved anything about ag,” Heath­er said. “He loved learning new things and being on the cutting edge of stuff.

“He had just bought a brand-new planter and it had all the bells and whistles on it,” she said. “He was so excited about using it and then never got to use it.”

An Agriculture Hall of Fame honoree must have demonstrated leadership, stewardship, community service and service to the agricultural industry. He or she also must be or have been an O’Brien County resident or someone who engages in agricultural activity in the county.

The previous inductees were:

Nomina­tions are accepted year-round and those that are received are saved and considered in subse­quent years if those nominees do not win.

Kirk Struve memorial given to family