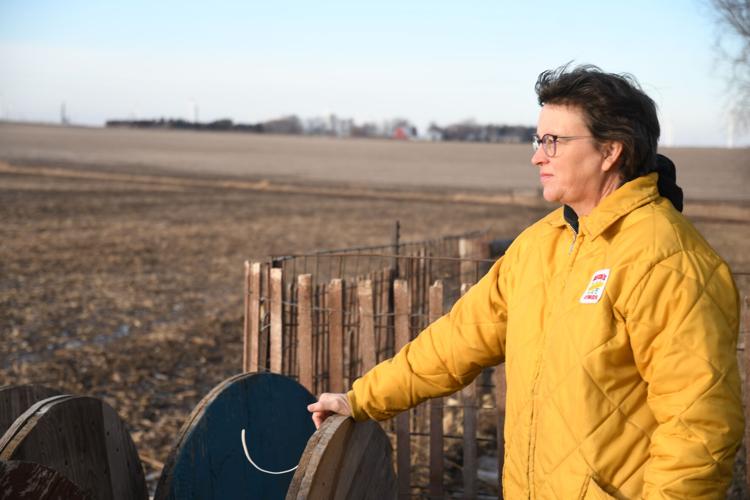 Amy Solsma does not want to see her family’s farm along Highway 18 east of Sanborn used by Heartland Greenway, a corporate carbon dioxide-capture pipeline proposed to go through Iowa. She is one of the leading voices in N’West Iowa against the pipelines. 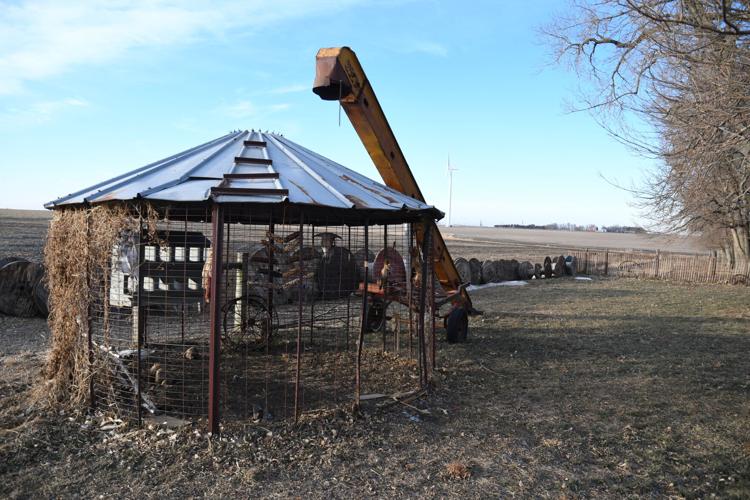 Halfway between Sanborn and Hartley, the Solsma farm sits along the route of the Heartland Greenway, a proposed carbon dioxide pipeline.

This article is Part 5 of Pipe Dreams, a N'West Iowa REVIEW series on carbon-capture projects.

Next to the corn-and-bean acreage is a rustic storefront that operates as a pumpkin patch in the fall and a fireworks shed ahead of Independence Day and New Year’s.

Solsma’s Punkin Patch and Fireworks also is right in the cross hairs of the Heartland Greenway pipeline.

Amy Solsma is one of the leading voices in N’West Iowa against the proposed carbon-capture project. For her, it’s about stopping corporate greed digging through her land.

“It’s a money grab,” Solsma said. “They’re going to make billions of dollars off of — well there’s 342 landowners in O’Brien County. How many is in Lyon, BV, all these? It’s the same kind of deal, thousands and thousands of farmers and landowners.”

The 342 is the number of farms lying inside what the pipeline company, Navigator CO2 Ventures, calls the route corridor.

Solsma received a letter from the Texas-based company saying her land is in the corridor, but she said she could not get specifics on where the pipe was planned to go through her farm or if she was even on the route at all.

The whole thing is just too confusing, which Solsma said seems like an intentional tactic.

“I don’t think there’s anything they could say to make us sign up with them.”

“It’s a conundrum because there’s so much we’re up against. The pipeline companies have been working on this, obviously, for years. You don’t come up with this overnight,” she said. “And then we get that letter in November. And there’s a meeting two weeks later. And it’s all so fast. And you’re scrambling to figure out what’s even going on.”

The meeting was Dec. 1 in Sheldon. By law, Navigator is required to hold a public informational meeting in every county it wants to travel through. Those presentations are overseen by the Iowa Utilities Board, the state agency that has the authority to block the project or give it the green light.

The gatherings are essentially the same as the ones Summit Carbon Solutions held weeks before Navigator. Summit has its own multistate carbon pipeline it calls the Midwest Carbon Express.

The meetings are supposed to answer questions for landowners that the pipeline affects as well as provide them a venue to sign easements with the company.

“I don’t think there’s anything they could say to make us sign up with them,” Solsma said.

And it comes back to the letter in which Navigator said if it does not get enough easements, it could pursue a nuclear option: eminent domain.

Besides calling the measure “rude,” Solsma said, it feels like a threat.

That’s why she and other landowners across the Hawkeye State are teaming up with the Sierra Club to organize their efforts to stop the pipeline.

The farmer laughed when she described the environmental activist group as an “unlikely ally,” but the disparate groups are united against the pipeline.

O'Brien and Osceola counties have approved letters to the IUB objecting to eminent domain.

Proponents of the carbon-capture project say that it’s pro-agriculture because it could extend the life span of the ethanol market.

Solsma raised a counterpoint many other farmers brought up at the informational meetings: Digging the pipeline could be catastrophic for the affected ground.

She said other underground infrastructure, such as the Dakota Access Pipeline, harms the dirt years after it is patched back together. This is all before considering what happens if drainage tile is damaged or if there’s a gas leak.

“This is forever, you know?” she said.

It still comes back to her original sticking point, the Heartland Greenway’s corporate sheen. The chief fuel partner in the project is Valero. It has an ethanol plant on the west side of Hartley. A main investor is BlackRock, a multitrillion-dollar firm that holds more capital than any other company of its kind in the world.

The Sierra Club has a four-point outline for Iowans opposed to the proposed carbon dioxide pipelines, the Heartland Greenway and the Midwest Carbon Express.

1. Don’t sign. No landowner should voluntarily sign an easement, the group says. Even if they are OK with the pipeline on their property, they should not accept the first offer from the company or agree to anything without a lawyer.

2. Educate yourself. Everyone should be educated on how the group says the pipelines are harmful to the environment without economic benefit to local farmers.

3. Lodge a complaint. Official written submissions to the Iowa Utilities Board are read and considered by the state regulatory agency when it makes permitting decisions next year. The form can be found online: iub.iowa.gov/online-services/open-docket-comment-form.

4. Connect and fight back. The Sierra Club is in the process of gathering and organizing objectors across the pipeline routes for cohesive political action.

The main steps Solsma and other advocates against the pipelines are taking are twofold. First, they are refusing sign any agreement with the companies. Second, they are filing official objection with the Iowa Utilities Board, which must legally consider public submissions. The link for comments is iub.iowa.gov/online-services/open-docket-comment-form.

As someone whose family has farmed in N’West Iowa since 1895, Solsma said agriculture “always seems to be the pawn in all these games,” and she’s not going to forfeit without a fight.

“It’s tough, you know, be­­cause we don’t have numbers of people in a way to really fight this,” she said. “It’s just really sad that we always have to be in the middle of things we don’t always get a voice in.”

Iowans pushing back on CO2 pipelines

PRIMGHAR—The O’Brien County Board of Supervisors had plenty of questions for a Summit Carbon Solutions representative at its meeting Tuesday, …