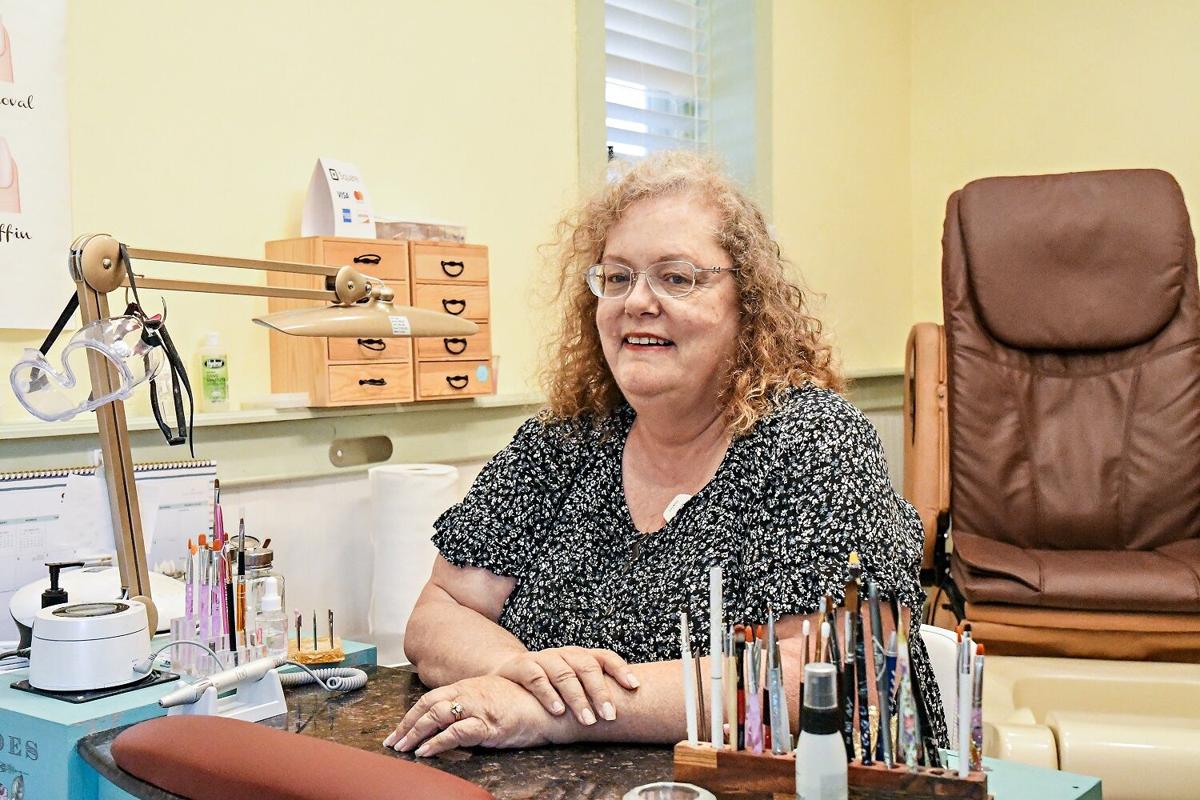 Kim DeBoer is the owner of Daffodil Nails in Calumet. The California native opened the full-service nail salon in May and has enjoyed meeting new clients who come in. 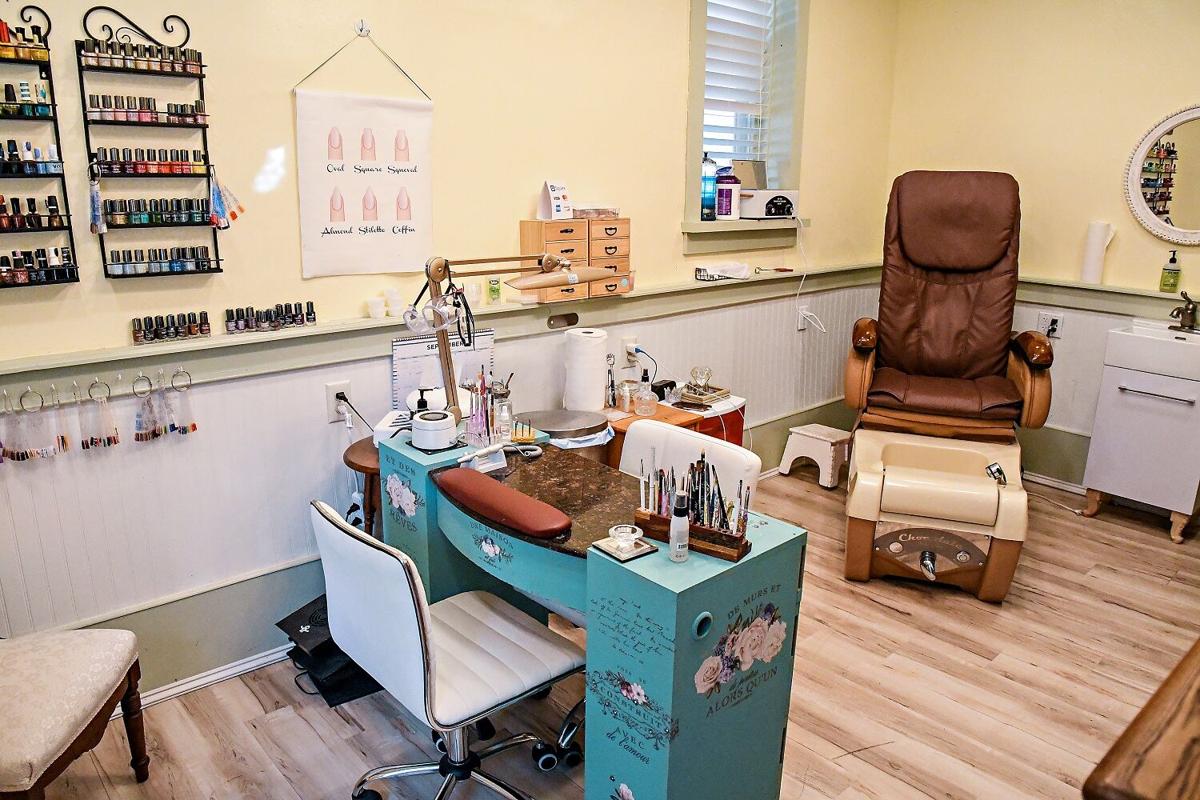 Daffodil Nails in Calumet offers a range of services, including manicures, pedicures and nail enhancements. 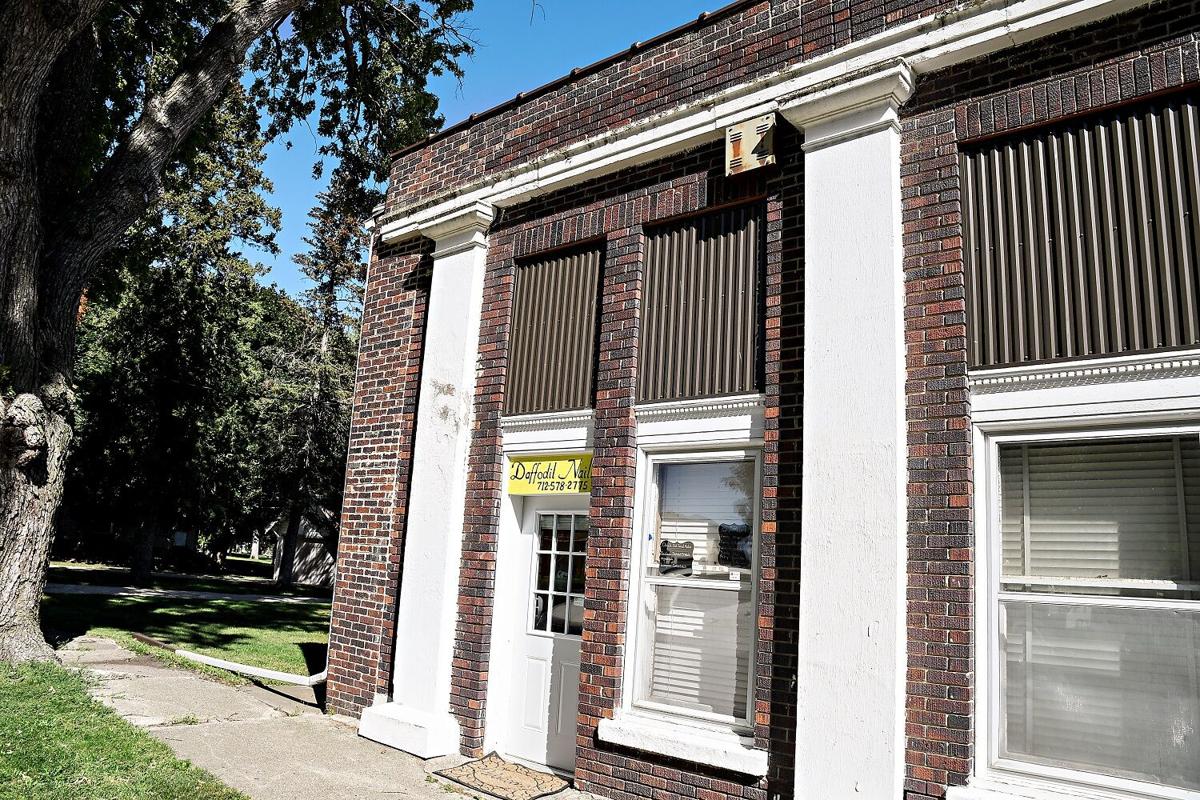 Daffodil Nails, located at 120 W. Second St. Suite B in Calumet, opened for business in May. The building is the site of the town's former Security State Bank.

Kim DeBoer is the owner of Daffodil Nails in Calumet. The California native opened the full-service nail salon in May and has enjoyed meeting new clients who come in.

Daffodil Nails in Calumet offers a range of services, including manicures, pedicures and nail enhancements.

Daffodil Nails, located at 120 W. Second St. Suite B in Calumet, opened for business in May. The building is the site of the town's former Security State Bank.

CALUMET—Kim DeBoer has enjoyed doing nails for people since her high school days and channeled that passion into a new business she opened in Calumet earlier this year.

Daffodil Nails, located at 120 W. Second St. Suite B. in the southern O’Brien County community, opened its doors to clients May 18.

The salon offers a full line of manicure and pedicure services, including gel and acrylic extensions.

DeBoer runs the one-person shop herself and said she went into the venture apprehensively at first.

“I was a little bit nervous about being the main person in charge of everything, but everybody that has come in has been so wonderful that it feels like I’m sitting at home working on my friends,” DeBoer said.

“It’s been so much fun. I really haven’t had any problems at all. Just a lot of great people coming in.”

She and her husband, Richard, are originally from California but relocated to Mississippi in 1999 for his work.

DeBoer initially got her cosmetology license in Napa, CA, shortly after finishing high school. She did not like doing haircuts but soon became captivated by acrylic nails.

“Acrylics had just come out, and I thought they were fascinating. For a few years, I played around with doing acrylics, but then I got busy raising kids and life went on,” she said.

She received her nursing degree and worked as a nurse in Mississippi until a back injury halted that career path. She remembered talking to her husband about getting back into cosmetology to do nails again and eventually got licensed to work in Mississippi.

“There were so many new things that I knew I wanted to go to school so I could learn the new stuff that I hadn’t seen before,” she said.

About four years ago they moved to Iowa, where two of their four sons live. After getting settled in N’West Iowa, DeBoer worked for a time as a nurse in Cherokee and at Dutch Bakery in Orange City.

“Just doing this and that, not quite ready to commit to my own business yet, but then I dove in,” she said.

DeBoer began renting the suite where her salon is late last year but said she and her husband had to completely renovate the space before the business could open. The suite is located on the back end of the former Security State Bank building.

“We built it up from the walls and the floor and the ceiling. The whole thing was pretty much gutted and redone,” DeBoer said.

They had to pause the remodel work during the winter until the heat could be turned on early in the spring.

The salon space includes one station each for manicures and pedicures as well as a coffee bar and miniature fridge DeBoer uses to offer customers soft beverages during their appointments.

“When a client comes in, they fill out an information card and on that they’ll tell me whether they have any allergies or anything and then their favorite drink and their favorite music,” she said, noting she can switch the Pandora station on her sound system to whatever her clients like.

Gift certificates also are available at the salon.

Daffodil Nails is open 10 a.m.-5 p.m. Mondays, Wednesdays and Fridays; however, DeBoer said she can be flexible when it comes to scheduling appointments outside those times and days.

“I’m just looking forward to growing my clientele and being open more days.”

This story was first published in the Oct. 2, 2021, print edition of The South O'Brien Sun.

Hours: 10 a.m.-5 p.m. Monday, Wednesday and Friday and by appointment