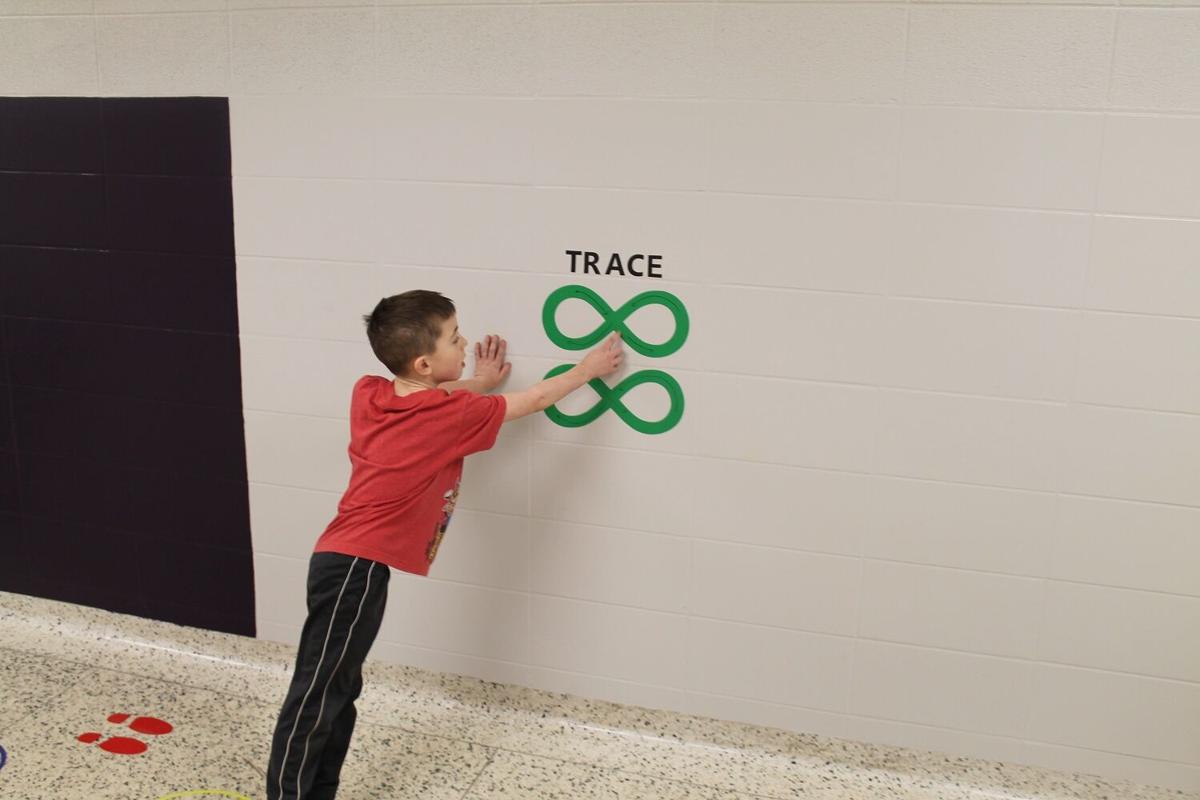 Kindergartner Tayson Engleman traces his finger along a figure 8 design that’s part of Central Lyon Elementary’s sensory trail. The trail consists of vinyl markings along the floor and wall. 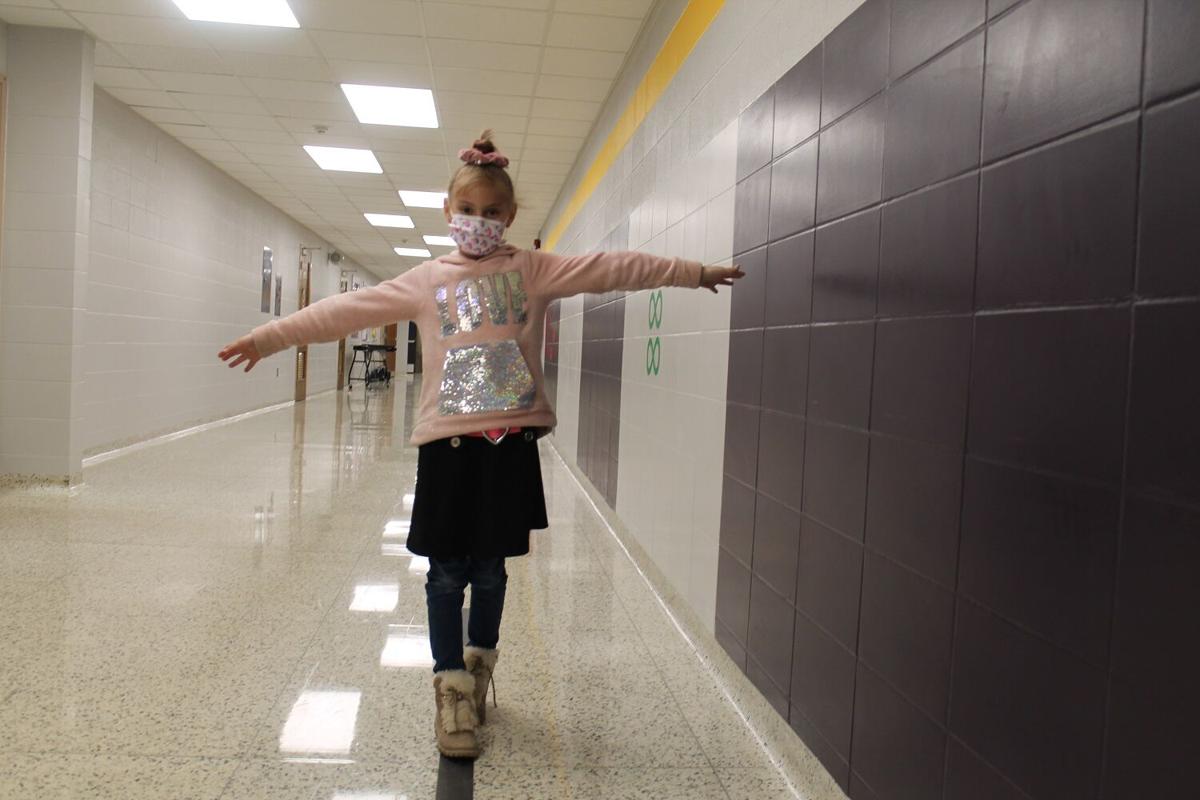 Central Lyon Elementary third-grader Jezallina Jacinto Espinoza holds out her arms while making her way across the balance beam portion of the school’s sensory trail.

Kindergartner Tayson Engleman traces his finger along a figure 8 design that’s part of Central Lyon Elementary’s sensory trail. The trail consists of vinyl markings along the floor and wall.

Central Lyon Elementary third-grader Jezallina Jacinto Espinoza holds out her arms while making her way across the balance beam portion of the school’s sensory trail.

ROCK RAPIDS—There’s a new way of moving through the hallway at Central Lyon Elementary.

A sensory trail has been set up in the lower elementary hallway near the music and Title I rooms that consists of a series of vinyl markings on the floor and wall. The markings show guided movements for students to do.

Besides being a fun way to move through the hall, the sensory trail also serves as a way for students to work off excessive energy to refocus their attention on learning when they enter the classroom.

“If you have a student that is just having a rough day, sometimes just even going out of the room for that five minutes just gives him that little break that he needs to reset and have a good rest of the day,” Weiler said.

She applied for and received a Lion Grant through the Central Lyon Foundation during the 2019-20 academic year, which she used to purchase the trail decal kit online. The trail then was set up at the start of the 2020-21 academic year.

“We do have some things set up in all the classrooms so that they can take a break in the classroom. However, sometimes that doesn’t work either, so then the paras that are with them or a teacher might say, “Hey, do you need a break?” and then “Do you want to go for a walk?” Weiler said.

If a student is feeling angry or frustrated, Weiler can pull them aside to ask if they would like to use the sensory trail before settling into class.

“Sometimes them being out of the room for that three to five minutes is much easier than dealing with it in my room for the whole 45 or 30 minutes that they’re in my classroom,” she said.

The idea of the sensory trail is similar to that of the school’s sensory room, which is located in the mezzanine in the high school side of the building.

The sensory room has additional activities related to movement, such as swings, tunnels, trampolines and balance equipment. The space used to be a wrestling room, so there are pads on the floor.

The school’s behavior specialist, Jill Jansma, regularly works with students in the sensory room alongside Vicky Meyer, the occupational therapist that serves the district through Northwest Area Education Agency.

Since the sensory trail is located in the elementary part of the building, it is a shorter walk for Weiler and other elementary staff to take students there than to walk them to the sensory room.

Weiler said the trail will likely need to be removed after this academic year so the floors can be waxed, however, she already applied for another Lion Grant to purchase a fresh trail.

“I am hoping for next year, it’s similar activities just different designs so the kids get something different to look at.”