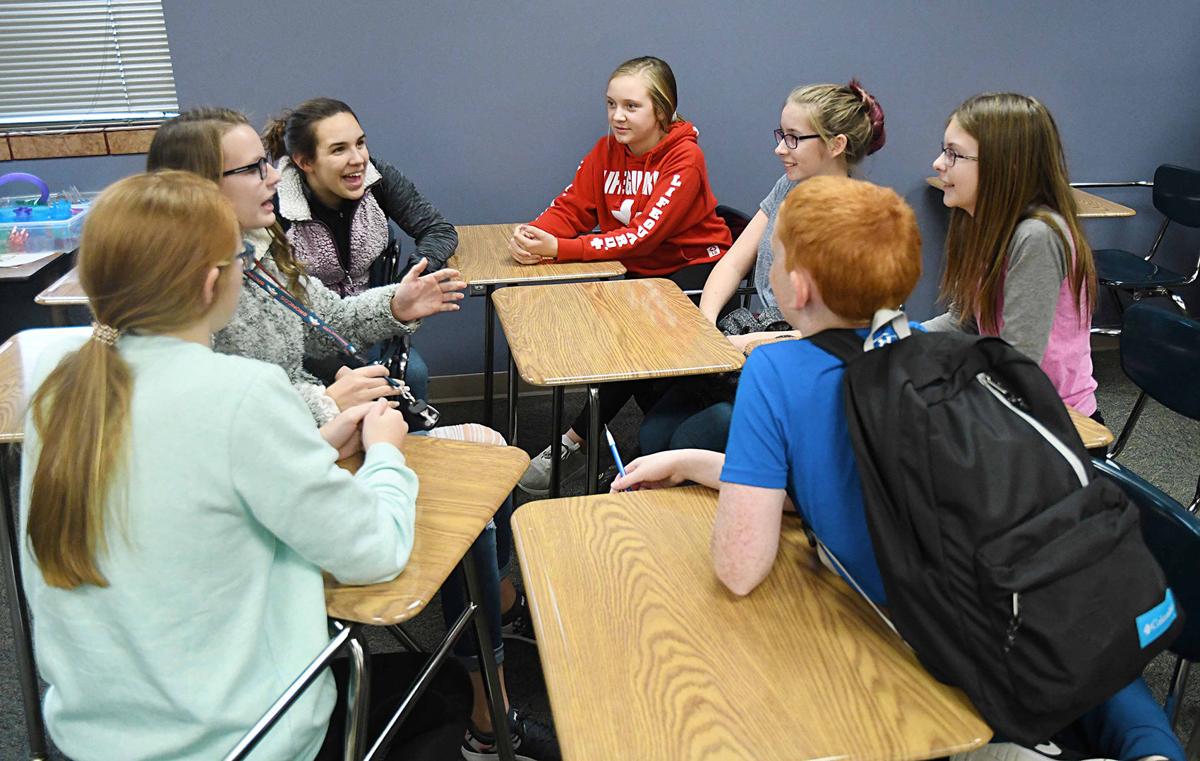 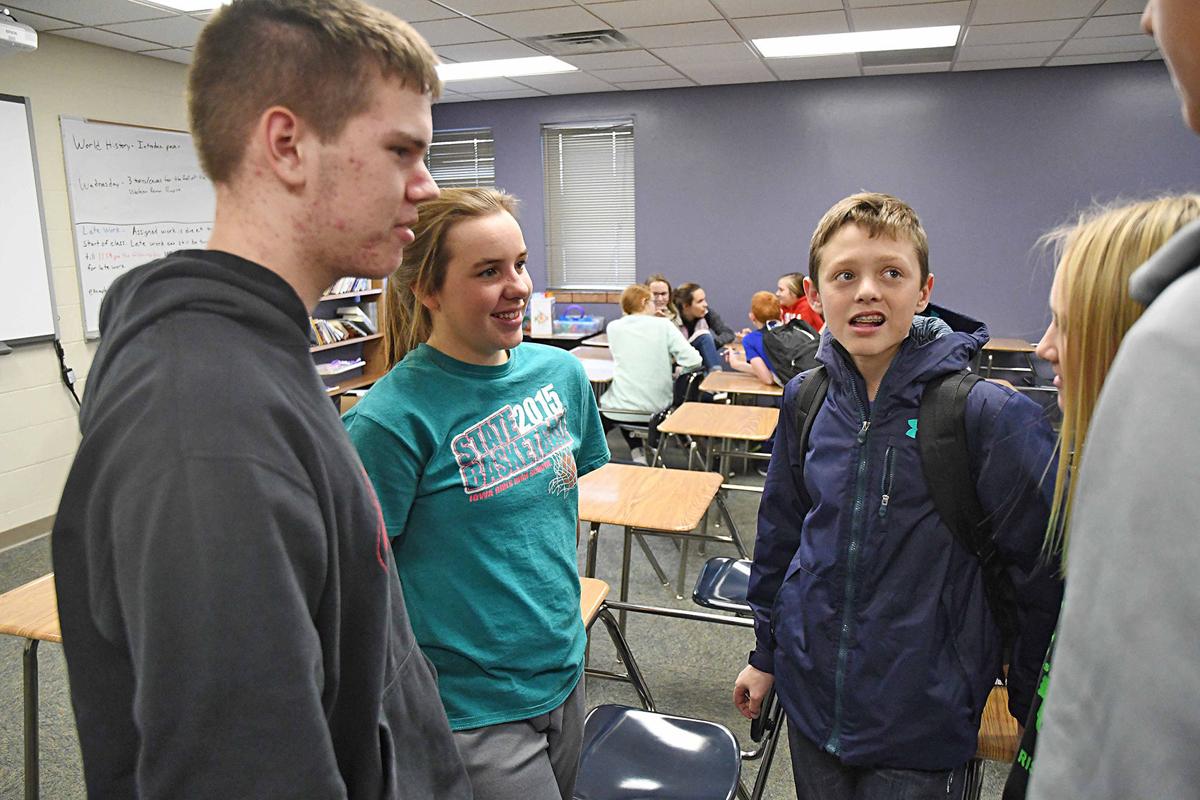 ROCK RAPIDS—Two groups of Central Lyon Middle School students recently were judged for how they argued in front of a judge.

The seventh- and eighth-grade mock trial teams from Central Lyon in Rock Rapids traveled on Nov. 8 to the Sioux City Convention Center, one of the sites for the 2018 Iowa Middle School Mock Trial Regional Tournament.

The Central Lyon eighth-graders finished fourth and the seventh-graders placed seventh, according to unofficial results.

Coach Sam Kruse said Central Lyon mock trial teams “did pretty well,” considering the competition they were going up against, including Pocahontas Area, which had four of the 10 teams at regionals.

“Pocahontas every year is a pretty strong competitor in the mock trial competitions,” he said. “They generally are a school that is able to find a lot of time for the kids to put into practicing.

“When you go up against one of their teams, you know that the kids are really prepared and have put a lot of practice time into it,” he said.

Central Lyon started its mock trial season in mid-September and practiced twice a week during the students’ lunch hours. During the last three weeks before regionals, the middle school teams added some evening and weekend run-throughs.

“For us, being a smaller school district, the kids that I have in mock trial are still generally involved in multiple other things, whether it’s athletics or some kind of music — band, chorus, what have you,” Kruse said. “The biggest thing for us is finding time to practice outside of the school day without interfering with all of those other activities that are going on.

“If we had an actual class period where this was an actual class and could go over things every day and potentially practice every day, that would be a difference maker for us,” he said. “That’s what some of the other schools that we go up against actually have — actual classes during the day that are dedicated to working on mock trial. I felt — knowing that — that our kids did really well.”

Kruse described the fictional civil court case that the Central Lyon seventh- and eighth-graders had to tackle at regionals.

“There was a girl who at­­tended a summer camp and ended up being bit by a tick and contracting Lyme disease,” he said. “Her parents were suing the camp for negligence over the fact that she contracted the disease.”

He went over what the plaintiffs and the defense each argued in the lawsuit.

“The plaintiffs were arguing that the camp was negligent and could’ve done more things to make sure that she wasn’t exposed to ticks and things like that,” Kruse said. “The defense was actually arguing for the corporation that is the parent company of the camp.

“They were arguing that they did everything possible to make campers and parents aware and try to promote proper tick safety while the campers were there, and that the girl who was bitten actually just didn’t follow protocol and camp rules and put herself at risk,” he said.

The mock trial teams at re­­gionals could either be the plaintiffs or the defense in the lawsuit each round.

In addition to Kruse, Central Lyon was coached this year by Talented and Gifted teacher Brad Raveling as well as Lyon County attorney Shayne Mayer and attorney Jennifer Wippert of Rock Rapids.

“They totally volunteered their time to come in and help with it,” Kruse said of the attorneys. “Obviously, they’re great help because they have real-world experience and know what a real courtroom is like.”

“Our seventh-grade team — they hadn’t had any prior experience,” he said. “They definitely took away some valuable experience from the competition and will do things differently next year.

“Our eighth-grade team — I feel like they’re very motivated to be in mock trial,” he said. “I honestly expect a lot of them to carry it on into high school and go out for the high school team as well.”

According to The Iowa State Bar Association, mock trials are designed to introduce students to the legal system by providing a challenging, academic competition.

The program offers students an opportunity for personal growth and achievement, emphasizing the importance of research, presentation and teamwork.

In addition to teaching students about contemporary public issues and the legal system, the program encourages teachers and students to develop learning partnerships with professionals from the community.

Last year, more than 2,000 students from across Iowa participated in mock trial competitions, according to the association.