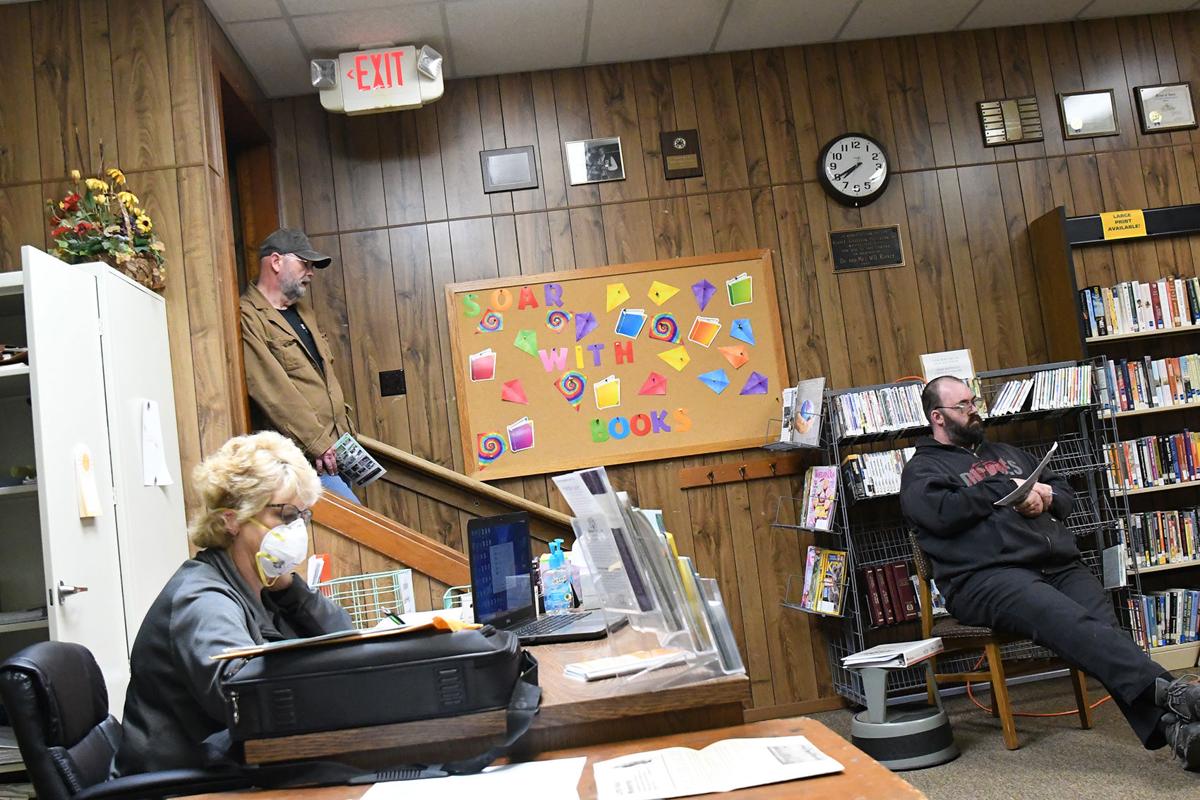 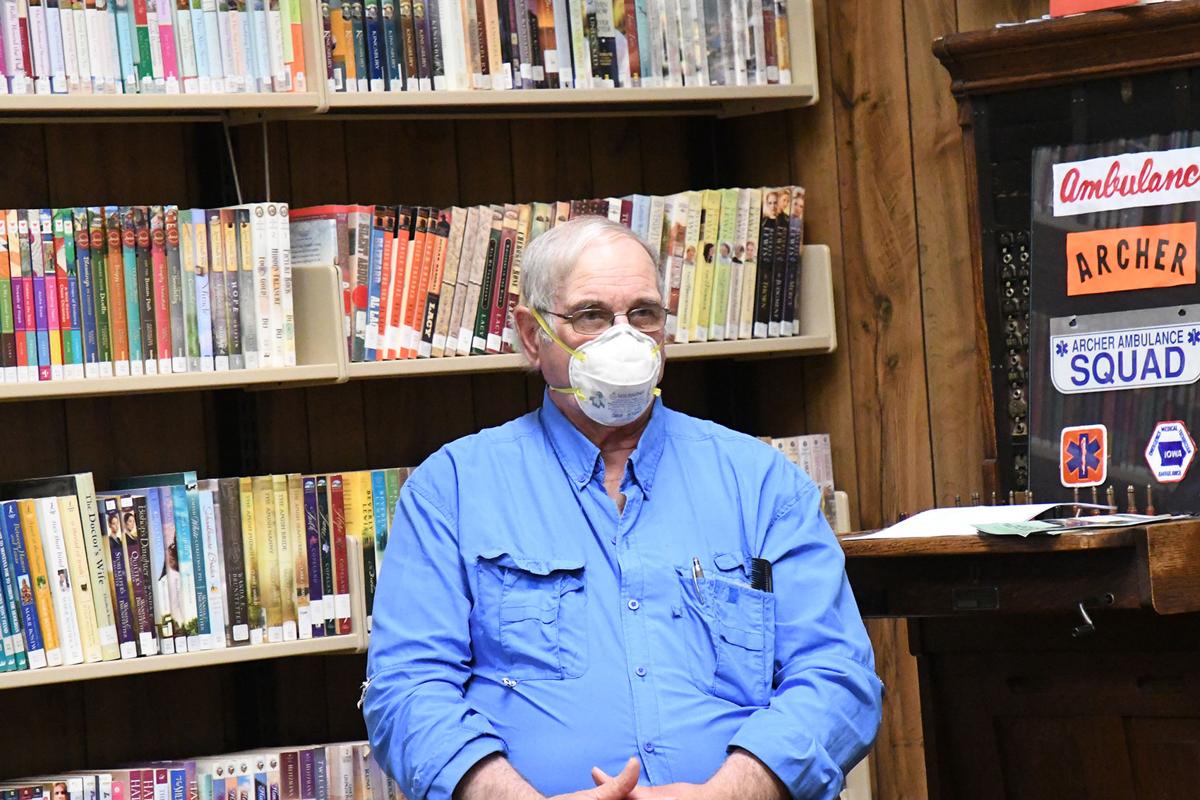 Rich Walter of Rolfe-based Mosquito Control of Iowa spoke at the Archer City Council meeting Tuesday, May 12, about potential ways to eliminate the town’s fly problem. He suggested setting up a conference call with an entomologist from Iowa State University for further insight.

ARCHER—The city of Archer has been buzzing with a nuisance that the city council wants to eliminate.

The council discussed the town’s ongoing fly problem during its monthly meeting Tuesday, May 12, as well as potential solutions to curb the swarm.

Mayor Richard Ludeke told the council he had received numerous complaints about the insects, which he explained have been pervasive in the community.

“They just about carried off everybody and everything,” he said.

Ludeke and council member Bill Engeltjes spoke with Mike Schon, manager of Archer Co-op Grain Co., who told them the cooperative has been spraying for the winged pests every two weeks.

Schon also told them other potential sources of the insects could be from dog feces, overgrown lawns and abandoned properties.

Ludeke said he would speak with Schon again to see how much it would cost for the cooperative to put the fly-control product, Larvadex, into its chicken feed as an additional way of combating the flies.

Archer resident Kelly Phillips, who attended the meeting and spoke of his recent encounters with flies, said the town has not had many issues with people not picking up dog feces or mowing their lawns.

“There’s got to be a source because I grew up on a farm 20 years ago with pigs running around in the dirt and cattle and chickens,” Phillips said. “I don’t remember ever having flies on a farm as bad as we got it in town here.”

Scott De Kok, general manager and vice president of DK Plastics in Archer, also voiced his concern about the flies while tuning into the meeting over Zoom.

“It has become a safety issue in both my plants, especially the one downtown. I have people working with very safe machines, but if you’re doing this while you’re trying to cut something, eventually you’re going to cut yourself,” De Kok said while waving his arms around.

The plant relies on fresh air since it does not have air conditioning, De Kok said. The fly problem has continued at the plant despite the fact the doors all have screens on them.

Rich Walter, a representative of Rolfe-based Mosquito Control of Iowa, attended the meeting at the city’s invitation to speak about solutions for the fly problem.

Walter explained there is a difference between fly control and mosquito control and that his company has much more experience with the latter.

“A fly is probably 10 or 20 times the mass of a mosquito, so it’s going to take a lot more chemical to control it in an airborne setting,” Walter said.

Spraying for mosquitoes usually takes place at night, whereas flies tend to be more active during the day.

The company uses air fogging units to spray for adult mosquitoes in the air as well as surface spraying in grassy areas to eliminate larvae and any adults that harbor there.

For flies, Walter suggested surface spraying might prove the better answer than fogging. His company typically sprays June-September on an at-need basis. For a town the size of Archer, he said it would cost about $750.

Ludeke asked if Walter’s company could come in and spray the town for flies and see if it makes a difference within a month’s time.

Walter said he could do that; however, he suggested he and members of the council arrange a conference call with an entomologist with Iowa State University for additional insight into the best way to deal with flies.

In the meantime, Walter suggested Archer place fly strips around town to get a better sense of where the flies are coming from. He also wanted to collect samples of flies to identify which species it is.

The Archer City Council addressed these other agenda items during its meeting Tuesday, May 12: