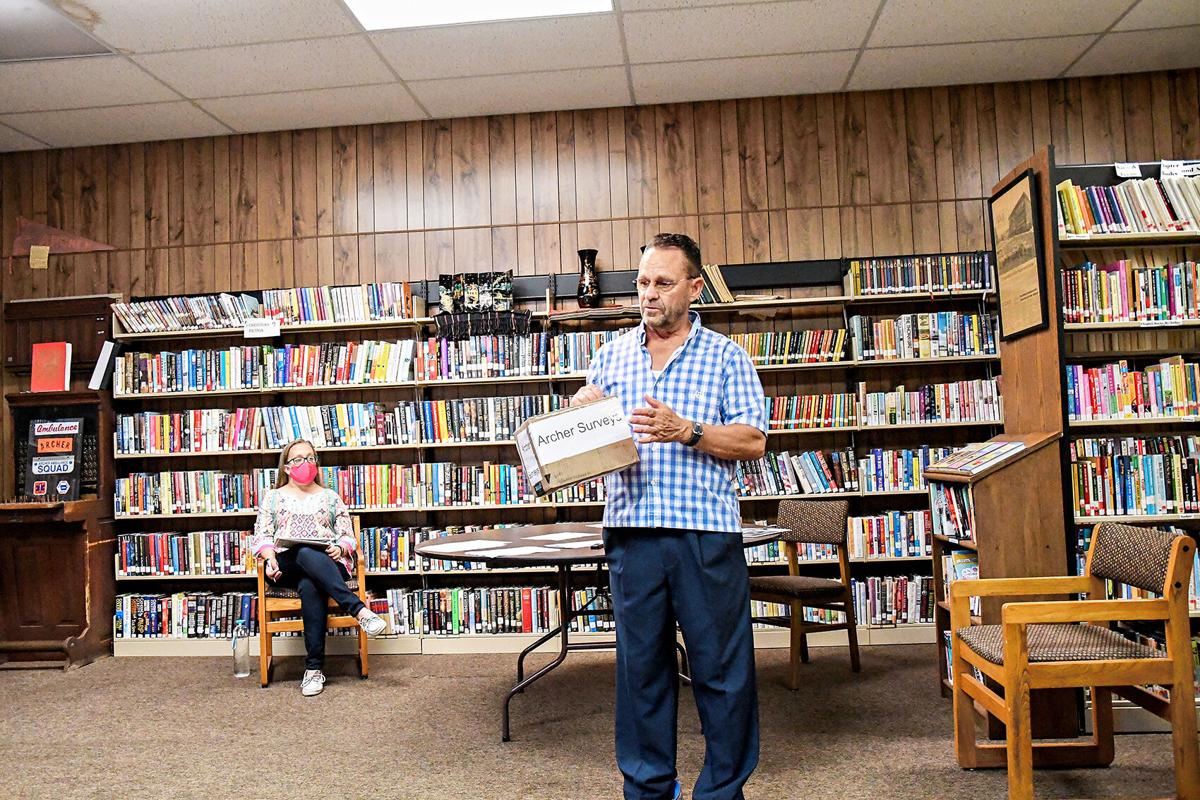 Archer City Council member Sarah Wagenaar listens while mayor Richard Ludeke talks about a citywide survey that was sent to Archer residents and former residents asking their opinions about different topics. Ludeke read the results and comments of the 25 responses the city received during the council’s meeting Tuesday, Aug. 11. 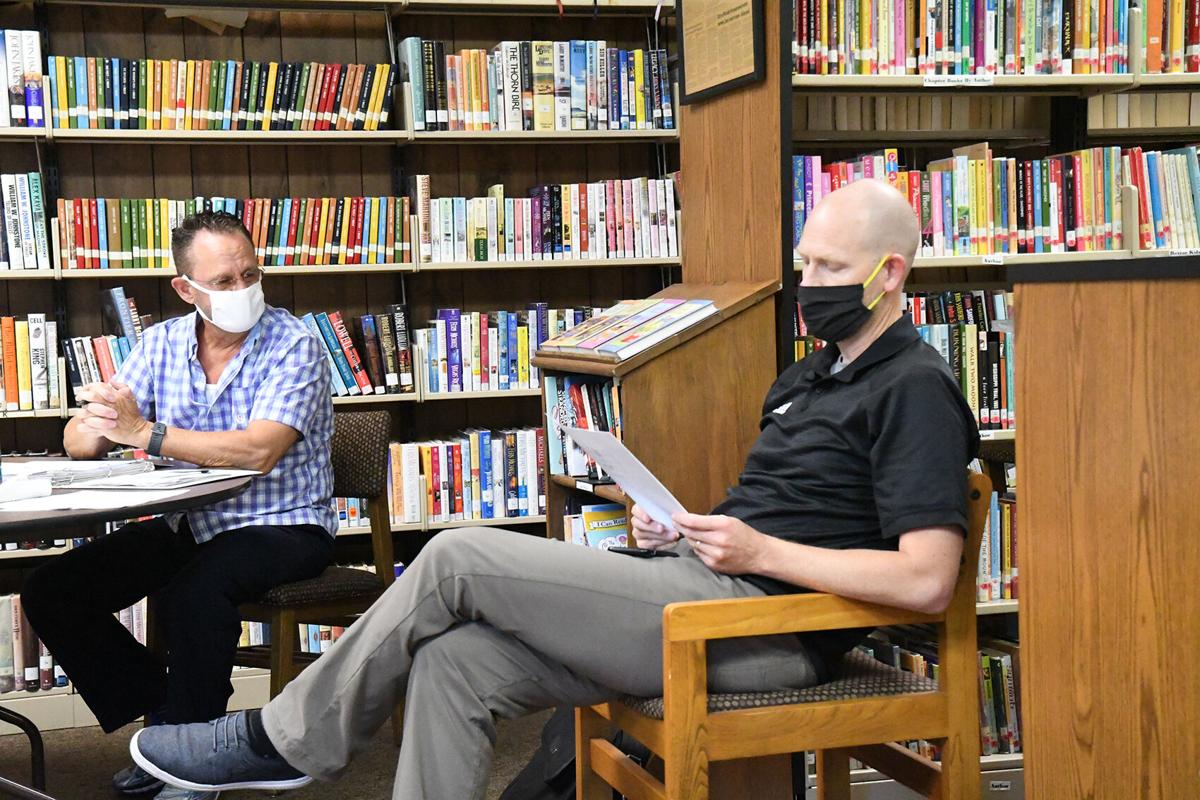 Archer City Council member Sarah Wagenaar listens while mayor Richard Ludeke talks about a citywide survey that was sent to Archer residents and former residents asking their opinions about different topics. Ludeke read the results and comments of the 25 responses the city received during the council’s meeting Tuesday, Aug. 11.

ARCHER—No members of the public attended the Archer City Council meeting Tuesday, Aug. 11, but the council did receive feedback on multiple topics through a citywide survey sent out earlier this year.

The majority of survey respondents indicated support for an increased speed limit in town, suspension of the public library during winter and the start of a new library-community center project.

About 170 surveys were mailed to Archer residents and former community resident asking their opinions on the above topics.

The city received responses from 25 people — some of whom did not respond to all the questions on the survey form — and mayor Richard Ludeke read their feedback aloud during the council meeting.

Regarding the speed limit in town, the survey asked if Archer should keep the limit at 15 miles per hour or increase it to 20 or 25. Fifteen respondents supported raising it to 25, while seven wanted it to be at 20 and one person wanted it to stay at 15.

When it came to public library services, 17 respondents said they wanted the library to close during the winter and seven wanted it to stay open.

The question stemmed from the fact the library-community center’s furnaces would need to be replaced before winter. Ludeke had received bids to replace the furnaces, which together would cost about $13,500.

The survey also asked if the city should spend money on the library building, which it does not own. Only two respondents answered “yes,” while 23 said “no.”

On the other hand, 19 people answered “yes” to the question of whether or not the city should start a new library-community center project. Seven meanwhile said “no.”

After Ludeke read the survey results, the city council discussed whether or not to approve motions based off the feedback.

Since city clerk Sandy Fritz said a change to the speed limit would require an ordinance change, the council tabled action on that topic.

When it came to approving a suspension of library services in the winter, council member Steven Meyer brought up potential implications the city should first take into consideration.

“It’s an overwhelming ‘yes,’ but I’m afraid if you do it, how are you going to get them back? If you close it for six months or whatever, are people going to come back?” Meyer asked.

He also pointed out potential damage from winter weather that could happen to the books and computers in the library if the building were unattended during those months.

“It would just be a shame if you shut it for six months and come in here and half the stuff is wrecked,” Meyer said. “I’m just throwing on a random number — I don’t know if anything would even happen — but you have to consider is that a risk we’re willing to take with the material that, presumably, we have purchased? That’s a city asset.”

Council member Bill Engeltjes pointed out he regularly checks the building anyway and could continue to do so should the building close for the winter.

He also said the furnaces would need to be fixed to keep the building open in the winter yet the survey respondents did not want the city to continue spending money on the building.

“I’ve got a problem with fixing stuff, spending that kind of money,” Engeltjes said. “Where is that going to come from?”

Meyer agreed it was a bad situation and suggested the city discuss in more detail during the council’s September meeting how to go about closing the library for the winter while preserving its materials.

Ludeke, however, said he did not want the council to delay taking action on the issue.

“I am not a fan of kicking the can down the road. I have never believed in that because what you do is you circumvent your responsibility and you dump it off on somebody else,” Ludeke said.

Meyer acknowledged that point but said the issue deserves additional attention so the council could hash out specific details.

The council eventually agreed to that plan. It also approved a measure to quit spending money on the existing library-community center.

Archer gets lesson from League of Cities

ARCHER—Class was in session for the Archer City Council members during their monthly meeting Tuesday, July 14.