The duo battled back and forward throughout the entire match and with just nine seconds left in the final period, Rodriguez and Studer wrestled out of the circle. The ref stopped the match and brought them back into to middle of the mat. Rodriguez who was down by two, go to his feet and heard the Falcon corner of the gym hollering his name, trying to get his attention until finally Pepe looked to his coaches.

“Pepe,” coach Mark Rens shouted and pointed at him. “You know what you gotta do.”

Rodriguez went to all fours at the center of the mat in preparation for his signature move, once called “the fat man roll” but mostly known as the “Pepe roll” among Falcon nation because he’s done it so many times. The move involves grabbing the opponent’s hand that is placed under your belly and start rolling.

Rodriguez learned what would later be called the “Pepe roll” in seventh grade. He remembers the match was against a South O’Brien student and he thought “it was pretty easy and worked” so he has been using it ever since.

“I’ve pinned guys like that,” Rodriguez said. “When coach Rens said that, I knew right away I was going with that move because I was in the down position. I did and I got it!”

“Got it” indeed. Rodriguez pinned Studer in the last nine seconds of the match.

“We needed a five-point move to go into overtime; the pin was just an extra blessing,” Rens said. “For that to happen and that quick, it was great. I have seen Pepe go through our entire program, since he was a little guy. I have seen him just keep grinding, never had a bad attitude, he has heart and he keeps working. He is a smart kid, he had a nod at varsity his junior year. We expected Pepe to make the state tournament this year and he did. I’ve been wrestling with Pepe for the last four years and we work constantly on things that will make him better.”

As the towel boy began to raise the towel to call “time,” the referee called the “pin.” Before the referee even raised his arm to acknowledge the victory, Rodriguez went flying over to Rens. During their embrace, Rens lifted Rodriguez up in excitement. Unfortunately, Rodriguez ended up breaking Rens’ nose in three spots during the celebration.

“A lot of kids, down with nine seconds left, would just punch out and be done. That deficit is hard to come back from if you don’t keep the right mindset,” Rens said. “He did it and as soon as I got his attention and told him what he needed to do, it was over and Pepe got the pin. The last thing I remember is he jumped up and is shoulder hit my nose. I blacked out for a little bit there and when I came back to, I realized I was bleeding all over everything.”

“Coach Rens has been my coach and he really believes in me,” Rodriguez said. “I was so pumped up I don’t even remember seeing coach Rens. I guess I hit him with my shoulder and his nose broke. I was just so, so happy.”

“If I had to break an appendage for each win, I would do whatever I had to do to get the boys a win,” Rens said. “The district tournament is my favorite tournament of the year, but the worst part is 50 percent of the kids that walk out of that gym that day walk out with their dreams crushed and their season over.”

The athletic trainer advised Rens to go to the doctor to get his nose reset and ensure the bleeding would stop, but Rens wasn’t leaving the team.

“I said there is no way we are leaving,” Rens said. “She told me I wouldn’t want to do have them reset it here, but I wasn’t leaving. So Tim Allard popped it back into place. That hurt. I have never felt pain like that in my life. My doctor wanted me to come Thursday or Friday for a follow-up to check my breathing after the swelling goes down. I can breathe about 50 percent, but I said it is going to have to be next week Monday or so because we have state wrestling.”

That pin and the celebratory broken nose clinched a state trip for Rodriguez who said he “isn’t sure what his goals are” for the state tournament, but that he will be prepared to wrestle hard and represent West Sioux, his team, coaches and family by  wrestling the best he can.

Before each match, Senior Jose “Pepe” Rodriguez says a prayer to his father died  April 8, 2019, due to heart issues at 49 years old.

“Every match, every football game I pray to my dad and I tell him this is for him,” Rodriguez said. “I take it for my brother too because he never has made it this far in wrestling so I am so happy to be going to state for them. I do all this for my family and my teammates, it’s not about me it’s all for them and making them proud.”

Throughout this past week, I have been posting some of the West Sioux senior basketball team’s favorite things. I thought it only fair to play… 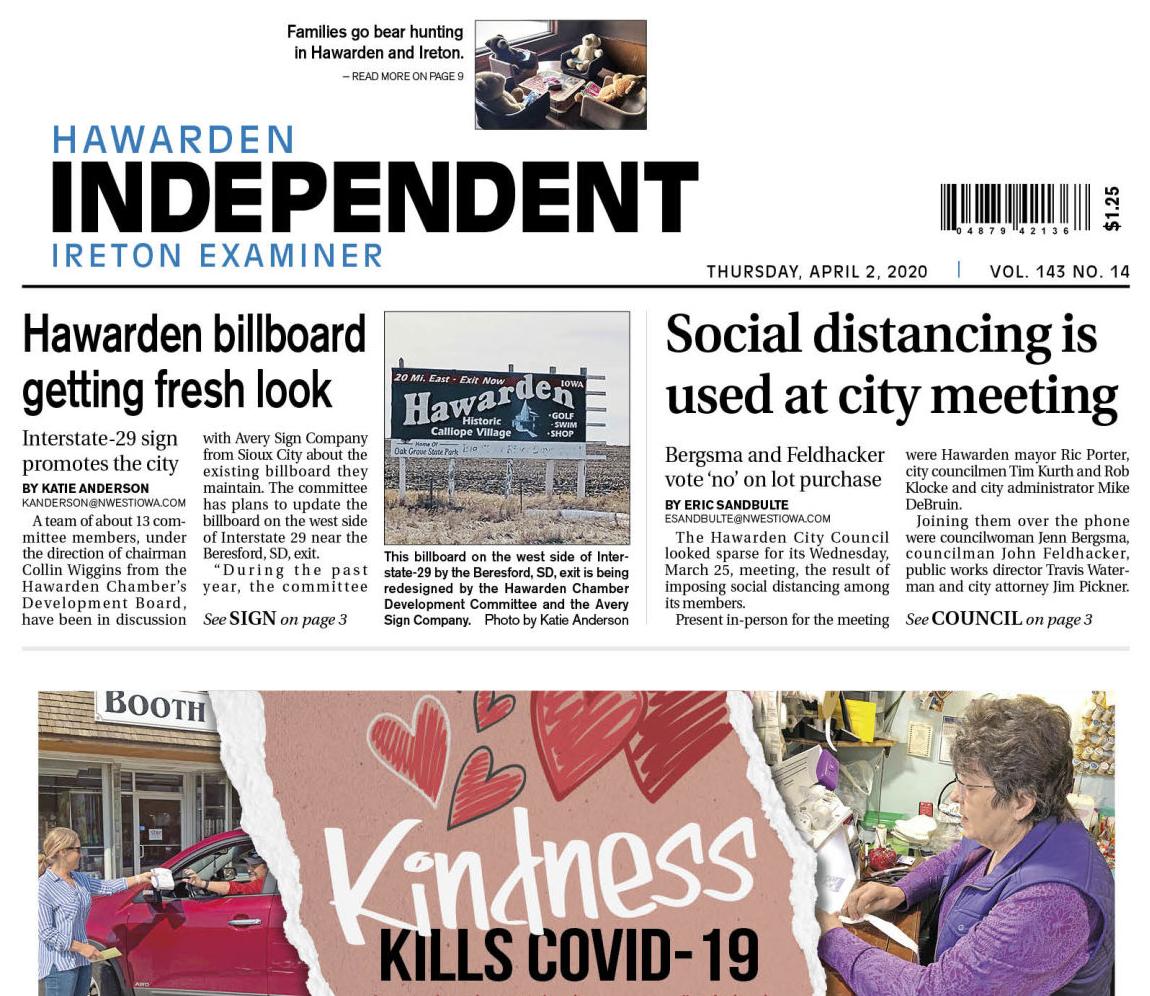 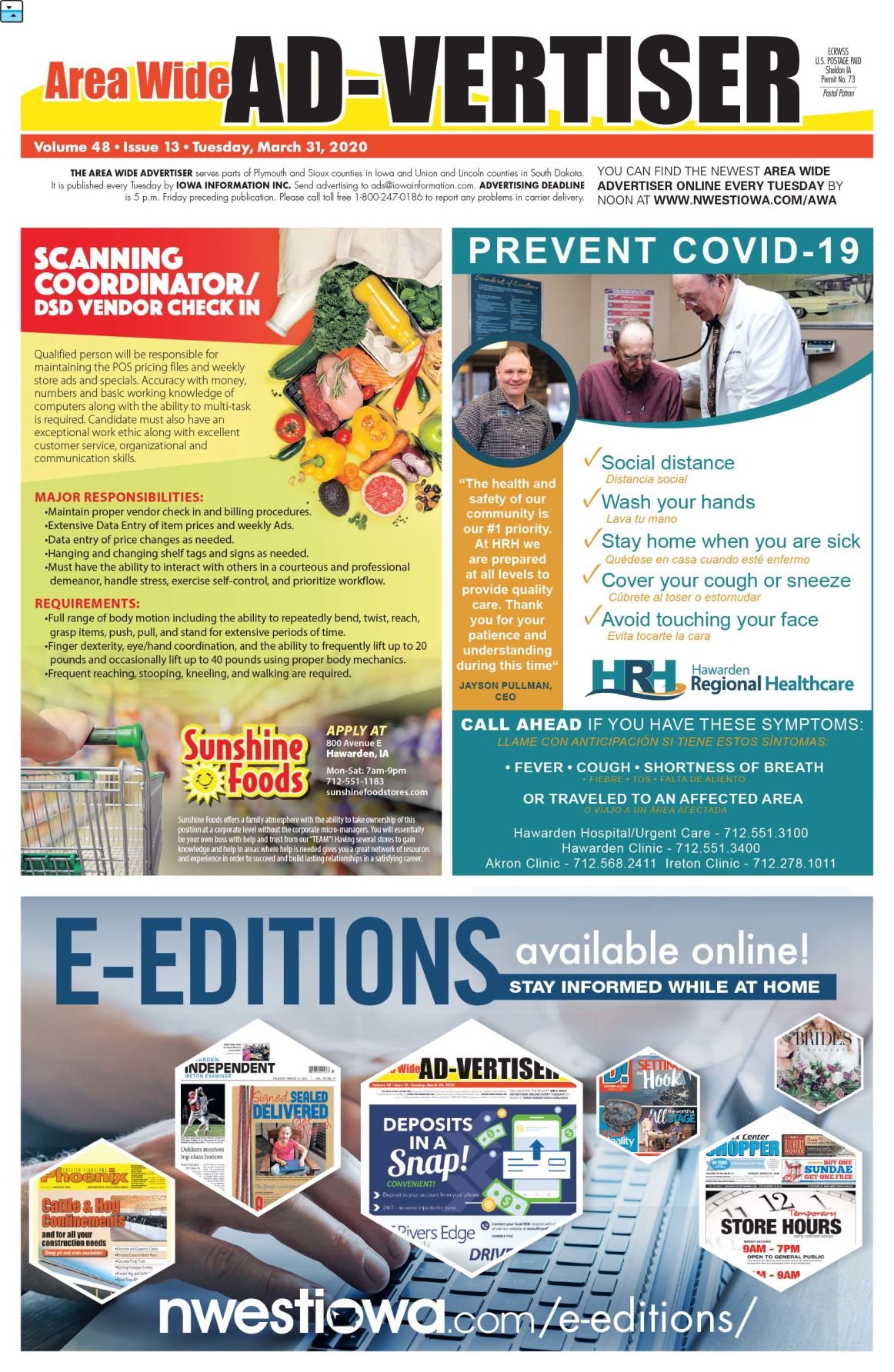 Take 5: See you in August, Minneapolis?

Take 5: Words of wisdom from our seniors

Take 5: Making the best of quarantine

Take 5: Beers to try under quarantine