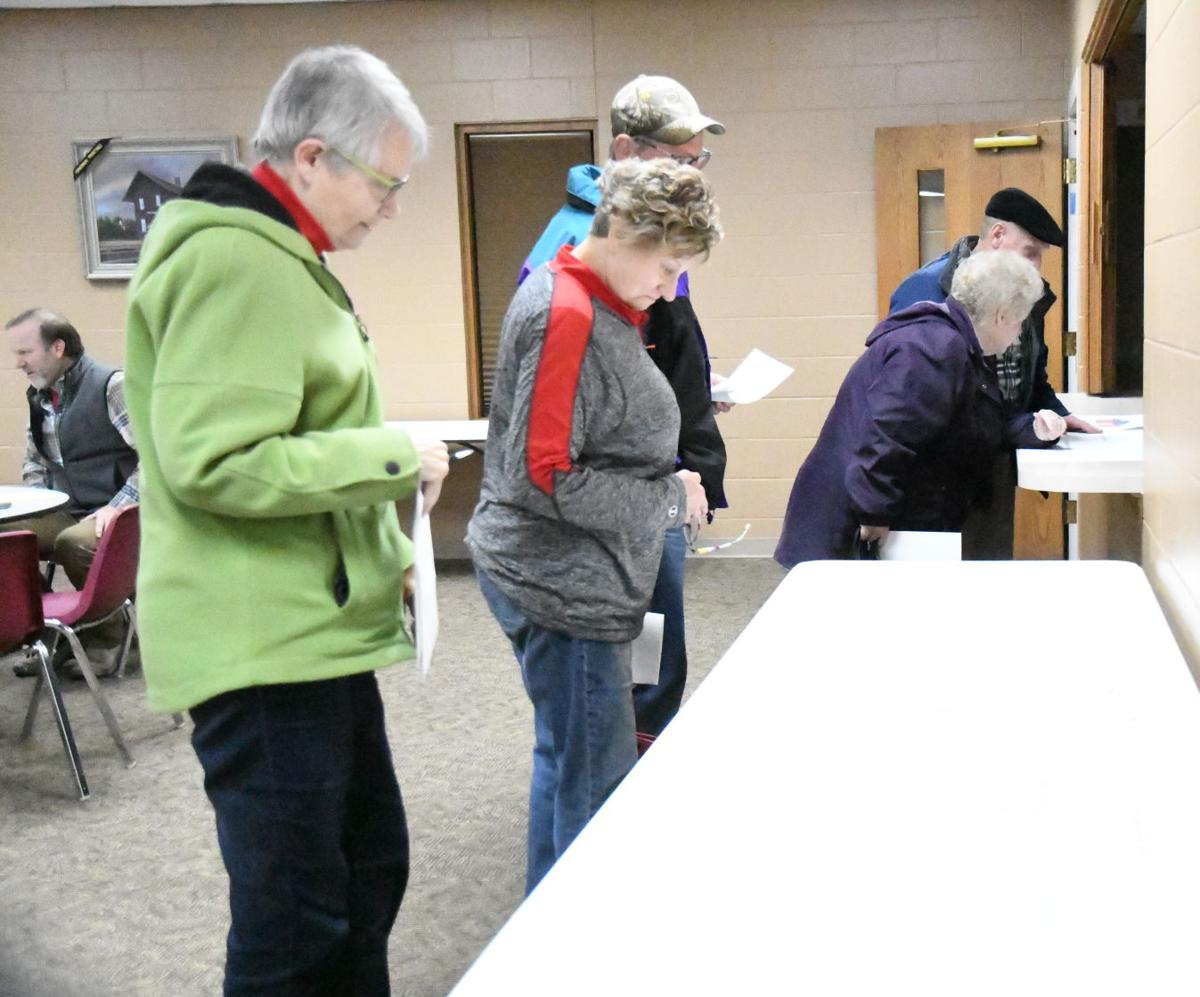 Attendees at the town hall Thursday, Jan. 9 in Ireton looked over the specs for the proposed ball park bathroom and concession stand upgrade project.

This 20-by-40-foot wood frame structure with steel exterior siding instead of concrete block walls as was in the original proposal. Each bathroom would have two stalls instead of three.

Ireton Mayor Chris Mueller (raising his hand) assures those in attendance at the town hall meeting the council will not be raising taxes for the ballpark bathroom and concession stand project.

IRETON—Thoughts shared during a community meeting encouraged the Ireton City Council to go ahead with the ballpark bathroom project.

About 30 people attended the town meeting held 6:30 p.m. Thursday, Jan. 9, at the Ireton Community Center. The goal of the meeting was to provide an opportunity for the public to ask questions, share thoughts on the project and help the council decide if it should move forward with the project it has been discussing at regular meetings since last spring.

At its Dec. 16 meeting, the council reviewed a new estimate for the ballpark bathroom project, factoring in changes to the original plan.

Specifications for the $111,047 estimate involve building at 20-by-40-foot wood frame structure with steel exterior siding instead of concrete block walls as was in the original proposal. Each bathroom would have two stalls instead of three.

“Removing one stall from each bathroom almost cut the plumbing in half,” said council member Craig Peterson, who presented the estimate. “And without showers, we don’t need the water softener so that also helps reduce the project’s cost.”

The estimate also includes an on-slab foundation instead of a frost-free foundation as well as insulated walls and ceiling in bathroom only.

Peterson said one addition to the project could be $1,800 for adding 2-inches foam under the concrete slab.

“Due to piping and possible frost heaving that’s suggested to help the longevity of the building,” Peterson said.

He also said an additional $800 would add for adding fiber reinforced plastic, which is a smooth wipe-able surface, on the bathroom’s interior walls.

Adding those two features to the project would bring the ballpark bathroom project’s estimated cost to $113,647.

Before the community meeting, letters were sent to Ireton residents explaining the project.

“Since we have the new upgrades to the park, it has become apparent that the bathrooms are not handicap accessible and the concession stand is too small,” the letter read.

“Since the need exists, we would like the community’s input on whether to proceed with this project,” the letter continued. “Currently, with the funds available, private donor and grants available, we have approximately $48,000-$65,0000 we would have to come from tax increases, donations or fundraisers.”

Former mayor Jim Lewis began the Thursday evening conversation by telling the council he is “only here because the letter said they may raise my taxes.”

“First, I want to assure you all taxes will not be raised for this project,” Mueller said.

Mueller read a few letters that were sent in by people who supported the project and a one from someone who did not support the project. Those in attendance were able to look at specs for the building also.

The overall support for the project will allow the city council to take the next steps at its meeting Monday, Jan. 20.

SIOUX CENTER—AgriVision Equipment Group, a John Deere dealer, is excited to expand its company footprint with a new facility in Sioux Center. 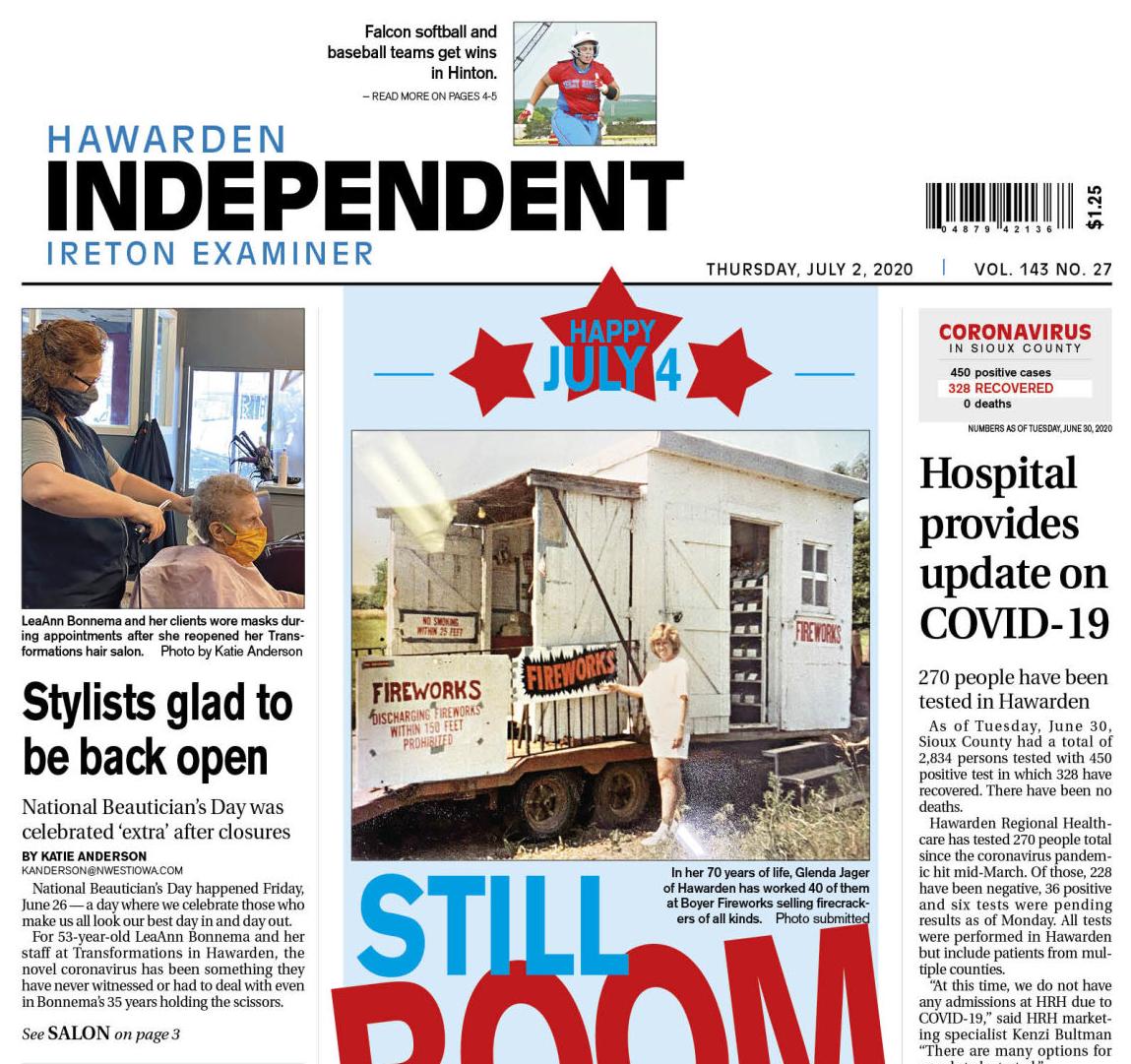 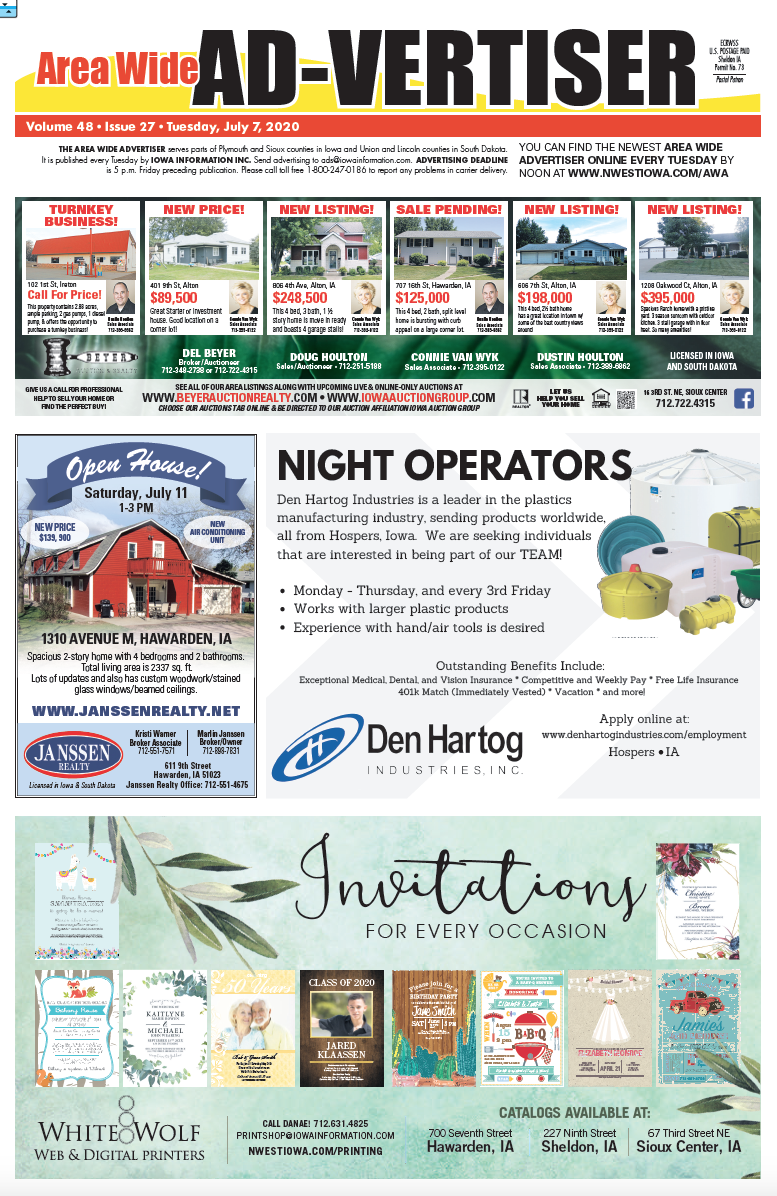