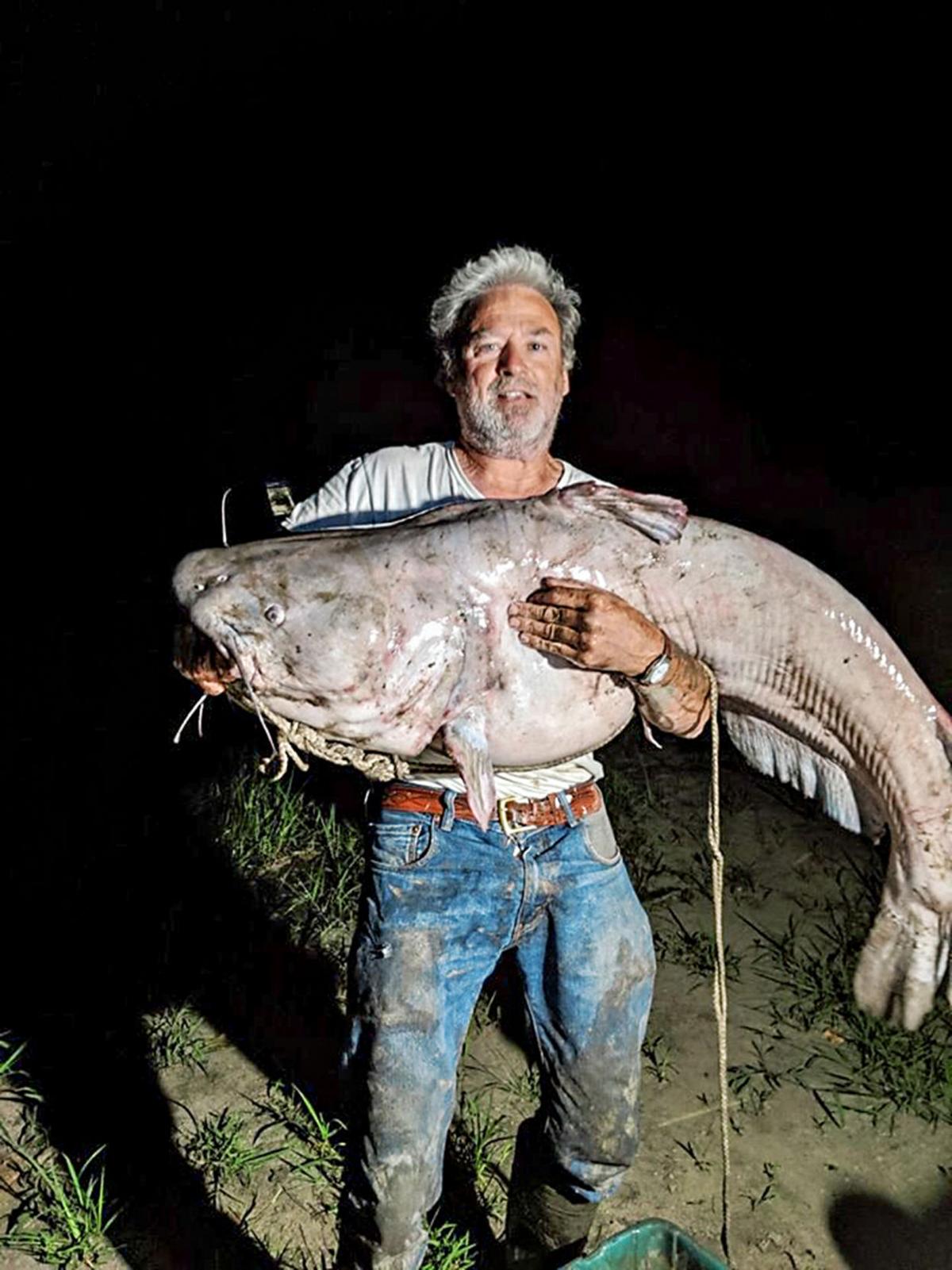 Darrell Carter caught an 82.07-pound catfish during a Big Sioux Cat Anglers tournament on July 27, the largest fish of the night and so far this year. 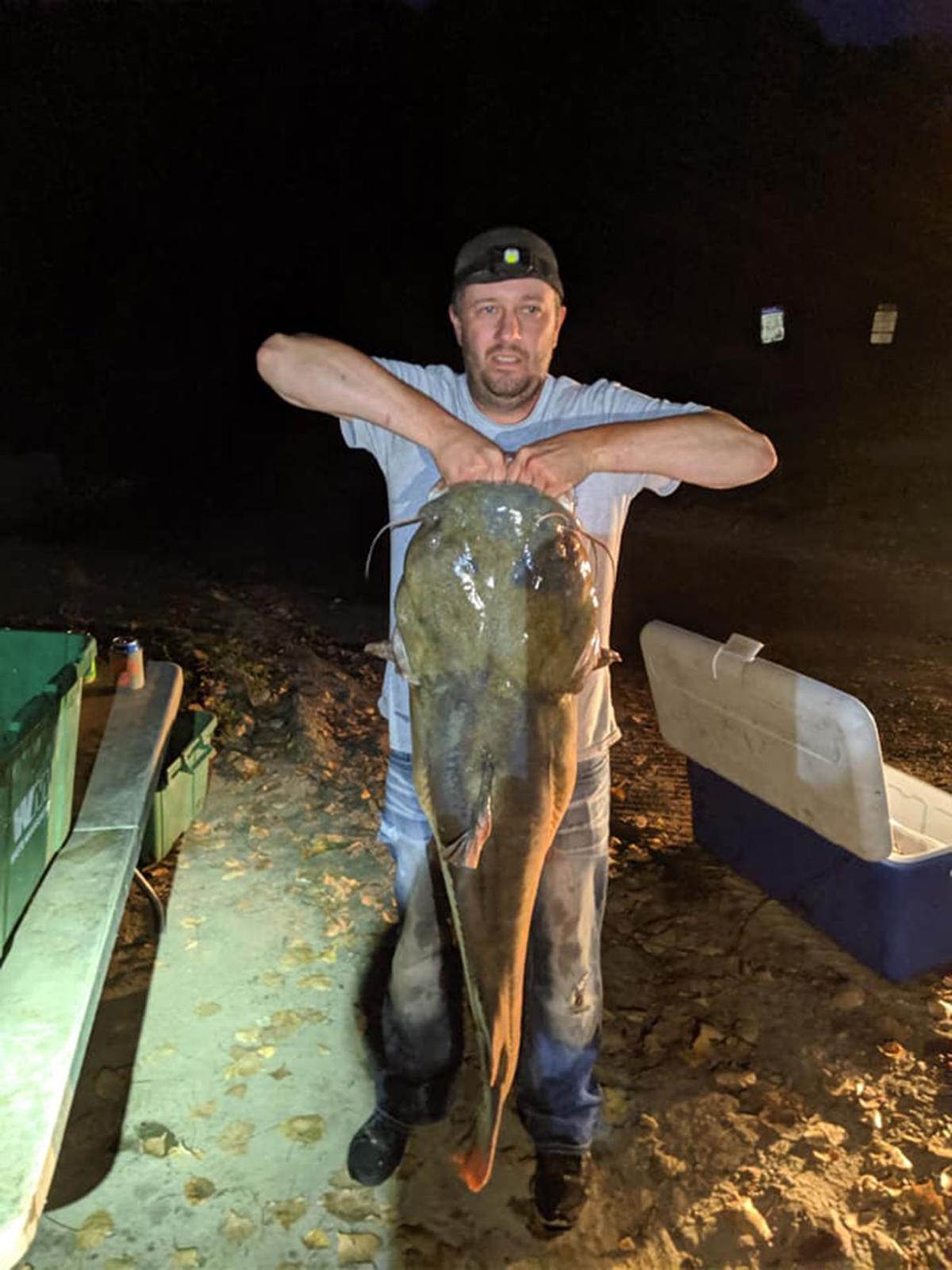 Dan Vermulm caught a 61.04-pound catfish out of the Big Sioux River during a Big Sioux Cat Anglers tournament on Aug. 24, the biggest fish of the night.

Darrell Carter caught an 82.07-pound catfish during a Big Sioux Cat Anglers tournament on July 27, the largest fish of the night and so far this year.

Dan Vermulm caught a 61.04-pound catfish out of the Big Sioux River during a Big Sioux Cat Anglers tournament on Aug. 24, the biggest fish of the night.

That’s the opinion of Jeremy Ertman, one of the leaders of the Big Sioux Cat Anglers, a group that has worked to spread the joy of catfishing among anglers young and old.

The group started 12-15 years ago with a small group of anglers who wanted to do some competitive fishing, Ertman, a Hawarden resident, said.

It started with Thursday night leagues and grew from there.

It’s now a group with 30 active members and more who follow along more casually.

Members come from all over the area. Membership is heavy with Hawarden and Akron residents, and there are some from Sioux City and Vermillion. BSCA goes to different events to further expand their numbers, too, Ertman said, including social media.

Together, they participate in about six tournaments every year. This year, they have scheduled seven. The final one was on Oct. 5 in Springfield, SD.

The tournaments usually start with a lake tournament early in the year. Lakes tend to warm faster than rivers, so the anglers’ luck is better there in those colder months.

Sportsmanship and proper fish-handling technique are big parts of the group, Ertman said, as well as youth outreach.

Every Christmas, they find some way to give back to youth and to help some needy families. They even give some wrestling scholarships away.

“We’re using a lot safer handling techniques with the fish now. We’re trying to put the fish first and not the bragging rights,” Ertman said. “So, there are no stringers allowed at weigh-ins anymore. We have plenty of tubs that they can bring fish up to, that the club provides, according to the size. Most of our tubs are big enough to handle even 60-pound fish.”

They operate on a CPR basis — that is, catch, photograph and release.

Ertman said they can make exceptions for smaller catfish, say in the 3 pound range, for the sake of cooking and eating, but with the larger specimens, they want those fish to go back in the water so they can continue to procreate and have those good genes available to pass on.

“A 50-pound fish has been around for 50 years,” Ertman said. “We’re just trying to protect that for the future and the youth so they have something to look forward to when they bring their kids out. It’s trying to preserve what we have.”

Such fish are living relics at that size.

The biggest catfish caught in a BSCA tournament was by Darrell Carter, who caught an 82.7 pound catfish during the July 27 tournament.

Ertman said that catfishing is an expanding sport.

“It’s going to be the new sport fish targeted. It’s an up and coming thing,” he said. “A lot of these walleye and bass guys don’t realize how fun it is until we drag them into a boat and get them out there. You get a 20-pounder on there, plus the current, and it’s a good fight.”

Catching monster fish like that is exciting, but Ertman said that it’s the group of people who come are what really make the tournaments great.

Coming up is their banquet night on Oct. 19 at the Perish Hall in Akron. Social hour will be from 5 p.m. to 6 p.m., with a freewill donation dinner to follow from 6 p.m. to 7 p.m. Awards will then given.

There will be live and silent auctions as well as raffles, Ertman said, and everyone is welcome to attend.

Ertman likewise welcomed anyone interested in joining BSCA to come to one of their meetings, which typically are held on the third Tuesday of every month. Membership is $20 annually.

Hawarden man has chance to be world champ

HAWARDEN—In his 1965 Dodge Coronet, Jim Anderson, 65, of Hawarden will set out to compete in the IHRA Summit World Finals in Memphis, TN. 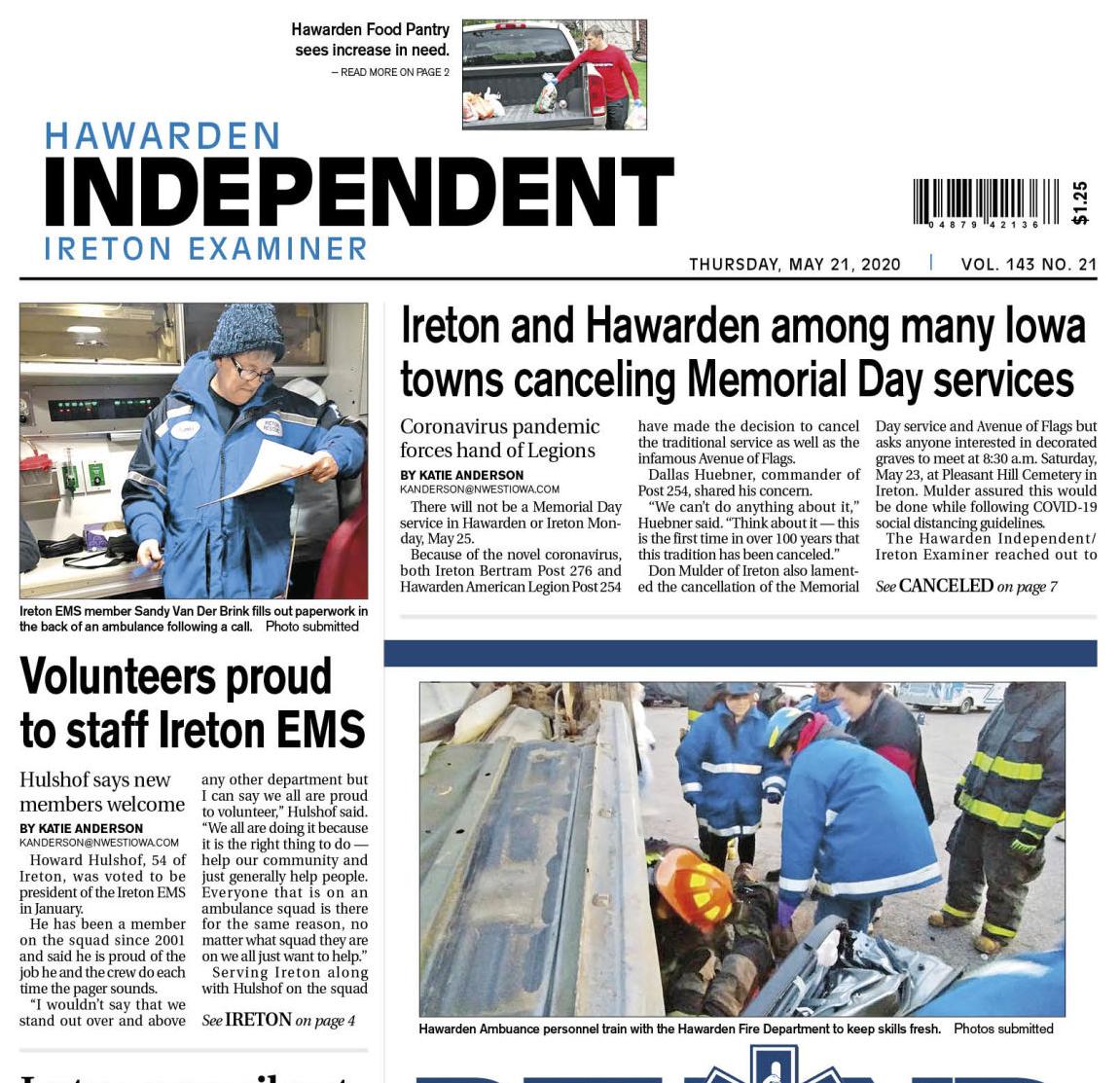 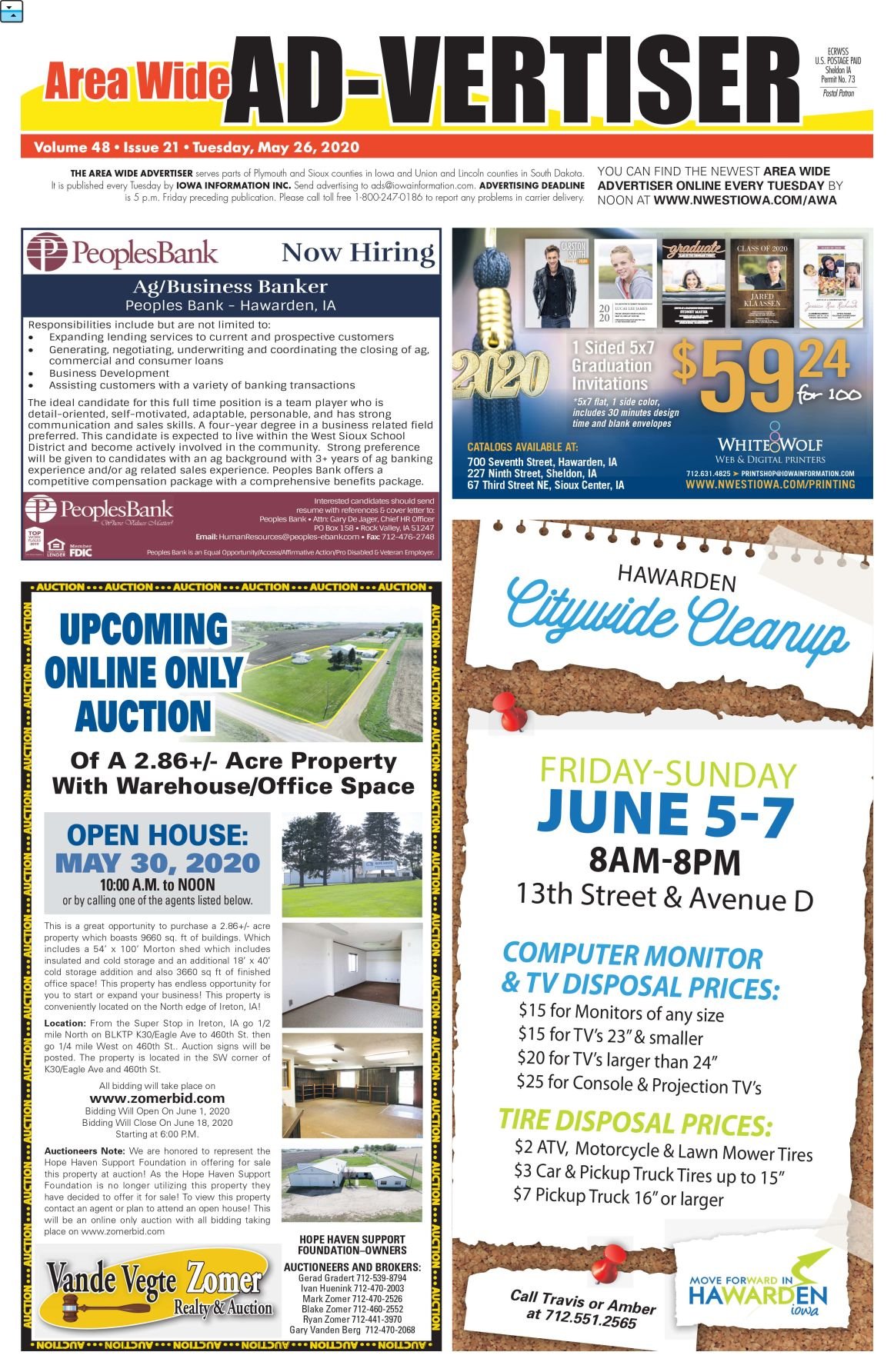 Take 5: Where to see movies in N'West Iowa