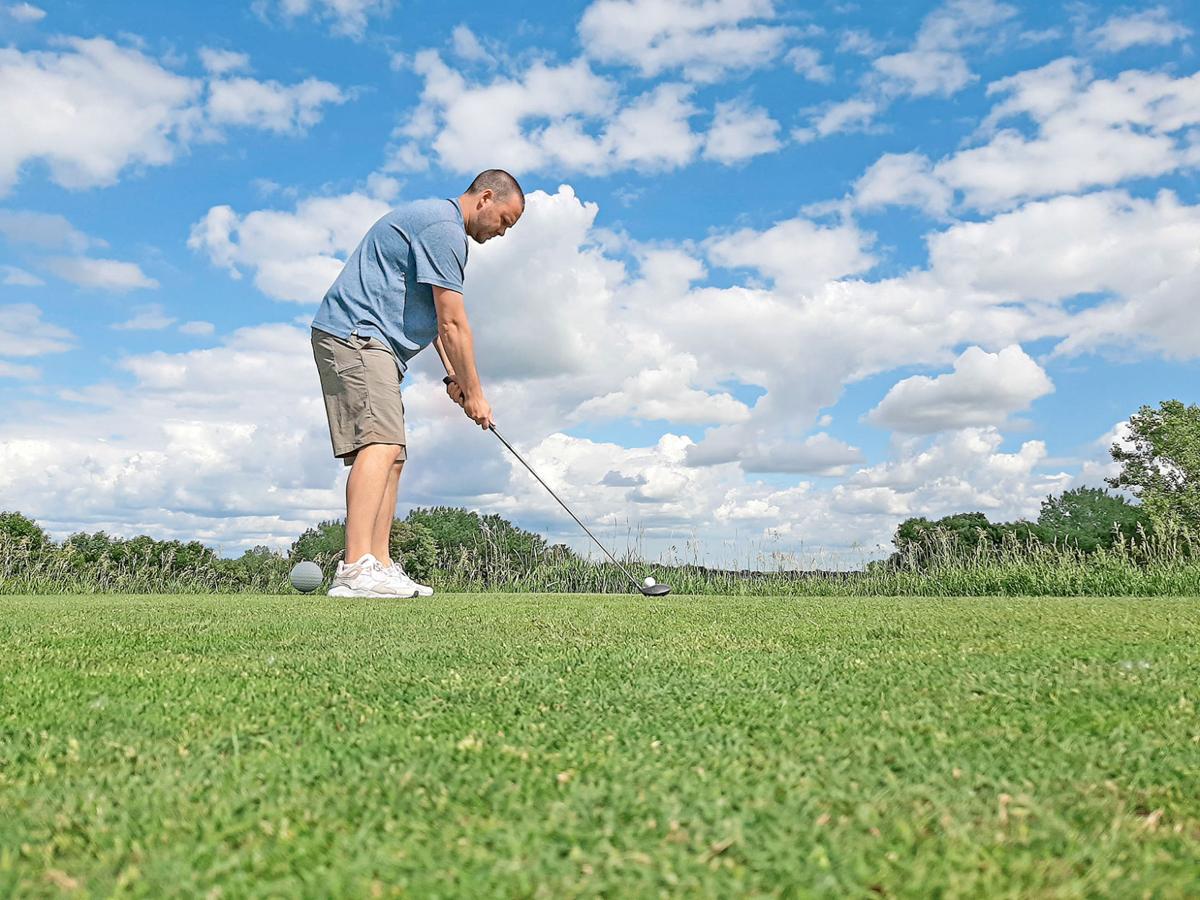 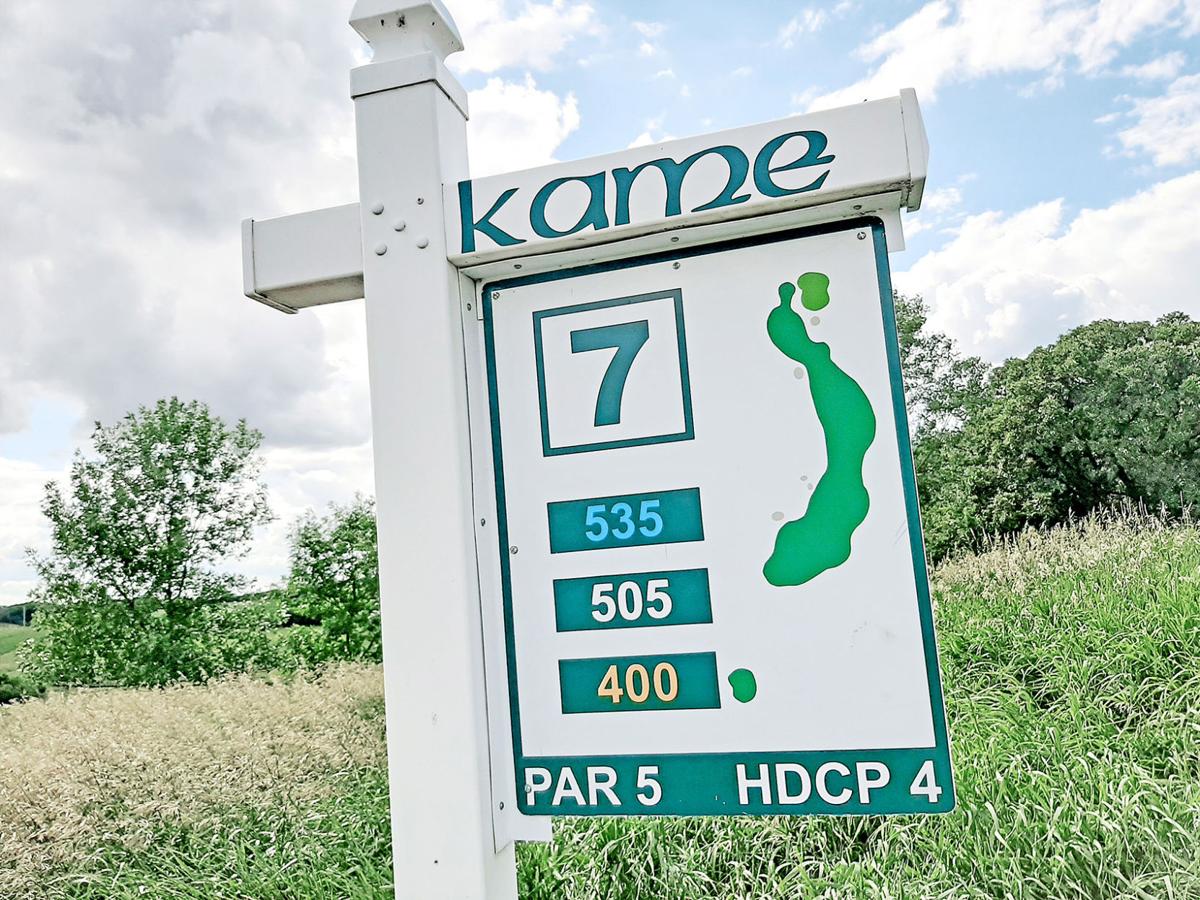 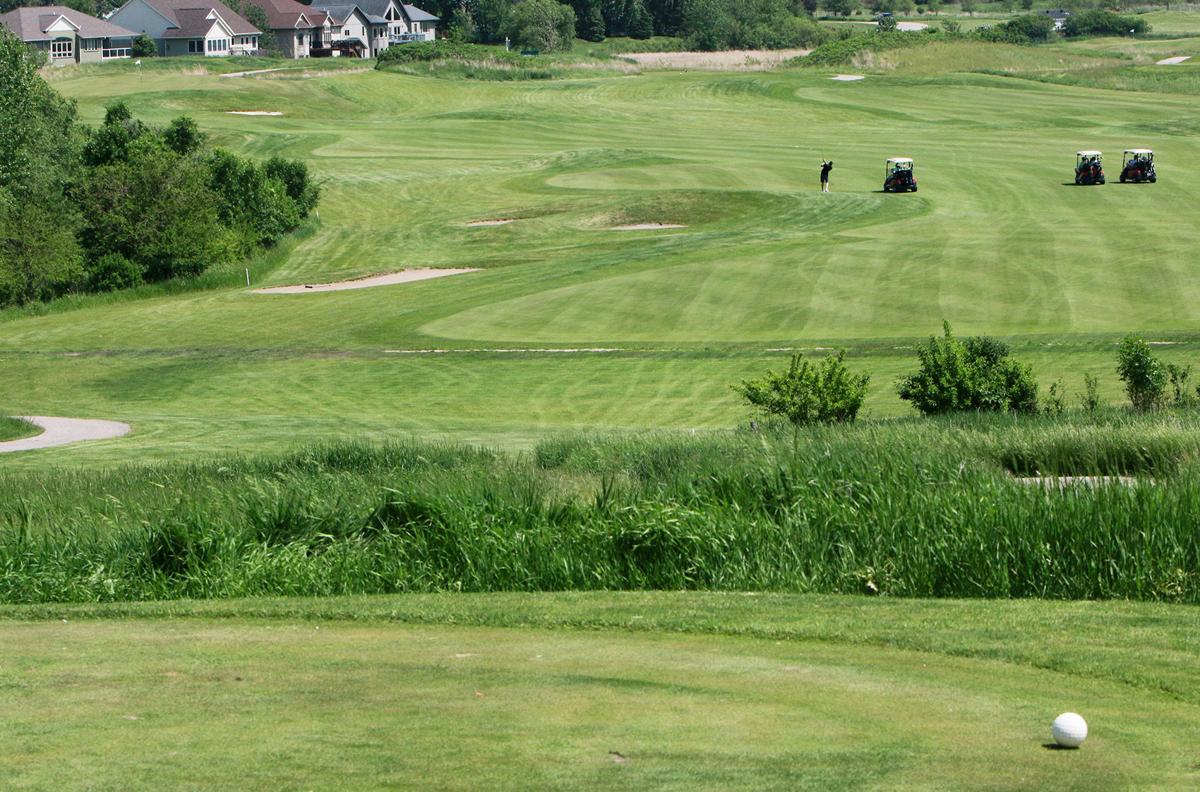 At a whopping 27 choices, Brooks Golf has plenty of options for a signature hole.

The course was originally constructed as an 18-hole layout in 1932 and expanded to 27 in 1995, now offering a mix of parkland and links-style challenges.

They’ve hosted the Iowa PGA Section Championship and Barb Thomas Pro-Am and once upon a time even attracted famous names such as Sam Snead and Walter Hagan for exhibition matches.

Both would probably cringe watching me attempt to hit a golf ball.

But that’s what I tried my best to do on a beautiful, sunny day earlier this week in Okoboji.

We had previously singled out various holes on Iowa Great Lakes courses in the July 2017 issue of OKOBOJI magazine, so I immediately knew what hole I would attempt to conquer.

Dubbed “Kame,” the seventh hole on the white course is a par five with an elevated tee box giving golfers a commanding view of almost the entire course.

With the right breeze at your back, it’s easy to feel like you could smash a drive all the way to Highway 71.

In that issue of OKOBOJI magazine, course superintendent Brett Hetland said, “You can really bomb a drive on this one, but with out of bounds and sand on the left you have to be careful. You can also go for the green with a good second shot, but it’s protected with a pot bunker as well.”

Hetland also noted that wind plays a big factor on this hole and often determines whether someone goes for the green in two or three shots.

Considering I probably average one round of golf every couple years, and it had been at least that long since I’d last swung a club, I was just hoping I’d make contact with the ball.

With my expectations set appropriately low, I stepped to the tee for my drive, making a surprisingly solid connection but pulling it left, exactly where Hetland said to avoid, and I could see the ball roll past the out-of-bounds rope.

Buoyed by confidence from making solid contact, I decided to take a mulligan. Yeah, I hit a second tee shot, and actually connected better and managed to keep it straight ahead landing inside the left edge of the fairway.

With plenty of distance left to go I just hoped to follow the fairway as it curved to the left and give myself a reasonable approach to the green for my third shot.

Instead I sliced it low and into the first cut of the rough. At least the ball covered a fair amount of distance before it came to rest atop a short hill.

A good shot from here would make the green, but the bunker had me worried. I avoided the sand, but also the fairway, and left it short of the flag by about 30 yards.

I left my pitch similarly short, leaving a long putt for what I was going to consider par, but instead I over compensated and the ball sailed past the hole.

Two-putting from there put me at double-bogey, but I suppose I should tack on a penalty stroke for that first out-of-bounds drive.

Seems about right for the first time out in quite some time.

Cost: Rates range from $30-$75 depending on day, time, season and number of holes