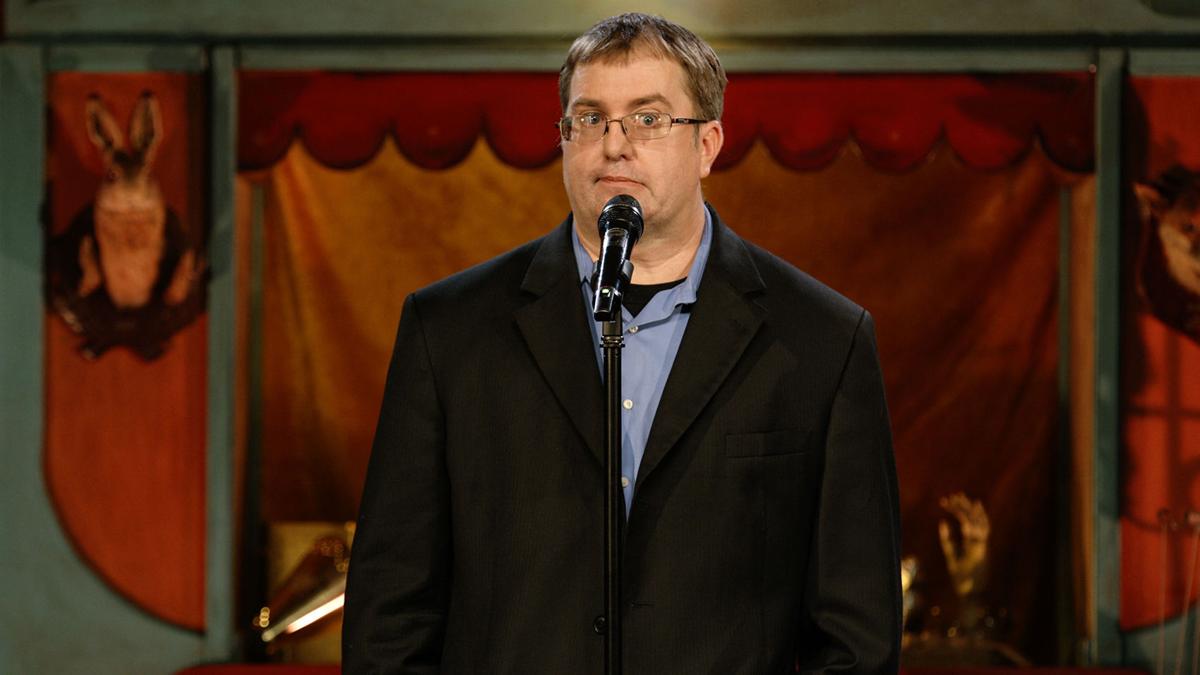 From the couch to the comedy stage, Chad Thornsberry makes a career out of making people laugh.

Audience members will enjoy Thornsberry’s relatable brand of humor at 7 p.m. Saturday, Jan. 11, at the Roof Garden in Arnolds Park.

The path here started one afternoon while attempting to take a nap on the couch.

“I was watching Comedy Central when they had stand-up comedians on and I remember thinking this guy is terrible, I bet I could do better than that,” Thornsberry said.

Spurred to action, Thornsberry called up the closest comedy club, some two-and-a-half hours away and eventually made his way there for amateur night.

“I wrote a horrible five minutes, but it went OK and I thought ‘Wow, I’m pretty good,’” Thornsberry said. “So, I went a second time and it was miserable silence. I didn’t get on stage again for a year.”

Eventually, he shook off that bumpy start and has since been worked in comedy for about 18 years, going full time for the past decade.

And while he draws inspiration from veteran comedians such as Bob Newhart and Jerry Seinfeld, Thornsberry said it is his own brother who’s the funniest person he’s ever met.

“I grew up around a bunch of funny people. I have a very funny family,” Thornsberry said. “And coming from a rural area it’s all about storytelling. You sit around with the same group of buddies telling the same stories and it’s still a good time. So that’s what I grew up around and when I do stand-up I just stand in one spot and talk. People ask how I developed that style and I didn’t even know it was a style. I’m just up there telling stories.”

Thornsberry took a tip from a Seinfeld CD he listened to over and over again while he was working his way into the business.

“It about stand-up comedy and he said the audience will tell you what’s funny about you if you listen to them,” Thornsberry said. “So I started doing that. When I’m making fun of myself or relating something I did or something that happened to me, that’s when I got my laughs. Here’s a joke about how I sound or look or where I come from — that sets everyone at ease and then they can sit back and enjoy. I don’t do politics or religion — you get enough of that stuff on the news every day. I get away with talking about my wife and board games.”

Thornsberry’s comedy focuses on the everyday aspects of life including humorous stories and circumstances that could have happened to anyone in the audience as well.

“I have a joke about how I woke up one time and my wife was mad at me for something I did in a dream. I guess I was flirting with another girl,” Thornsberry said. “I didn’t do the joke for two years because I thought nobody would understand what I was talking about but I was stunned when I finally did one night and everyone got it. I call it the finger-point joke because when I tell it all the husbands start looking at their wives and pointing.”

He’ll get his next opportunity to do so next weekend in Arnolds Park.

“I truly enjoy going to work and I don’t take that for granted,” Thornsberry said. “It’s fun taking something I’ve thought of and working it in a way that other people want to hear it and are actually willing to pay and come see it. It’s humbling to put it mildly. It’s a great job.”