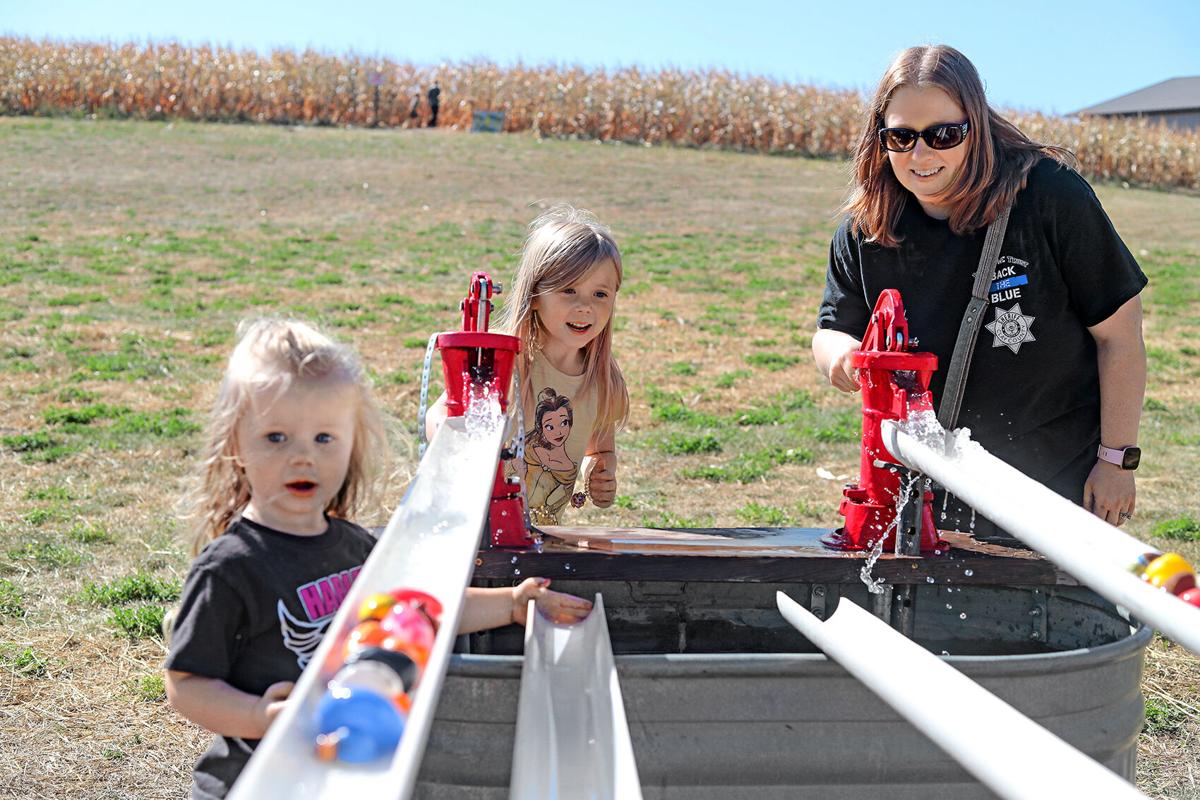 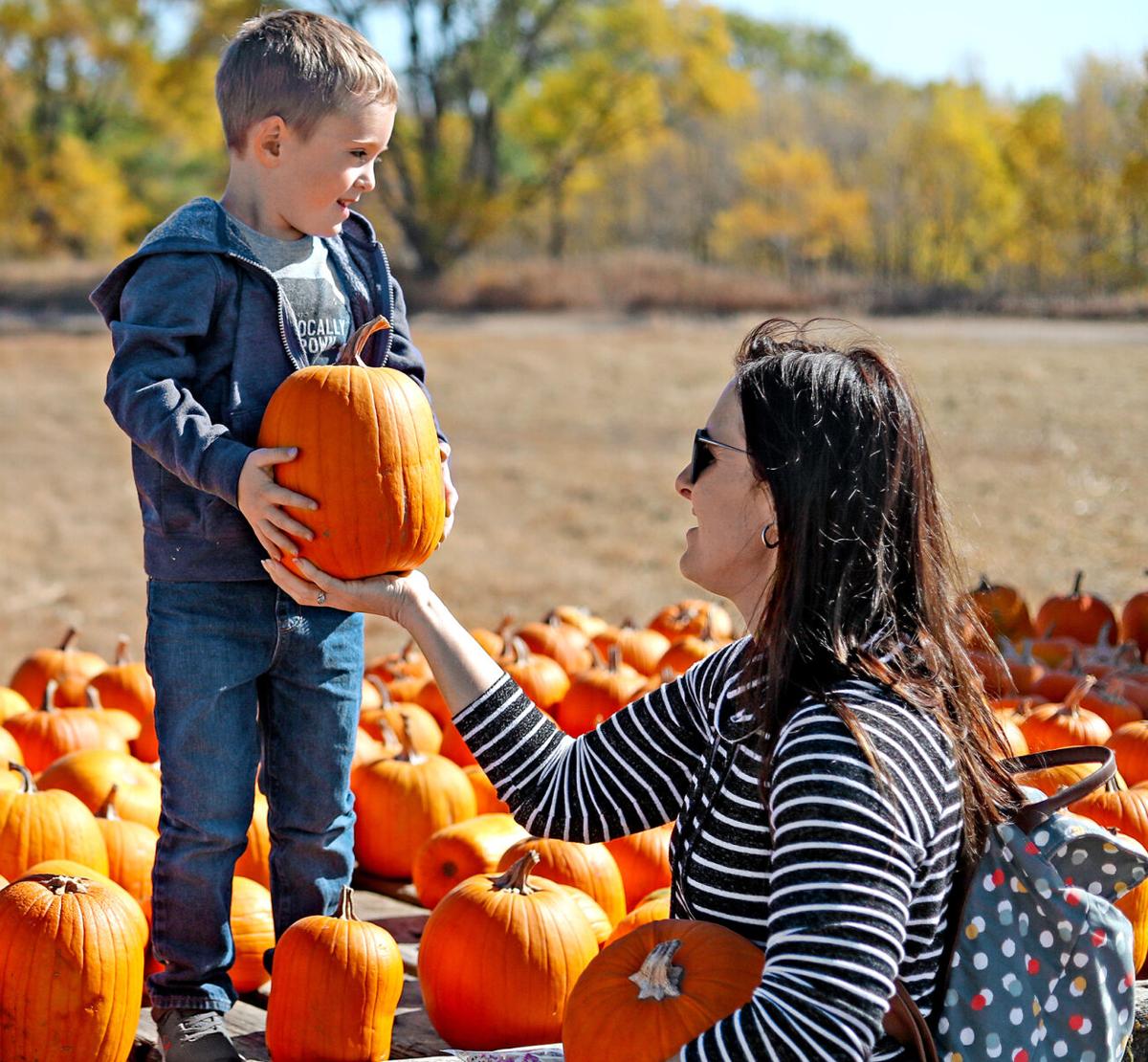 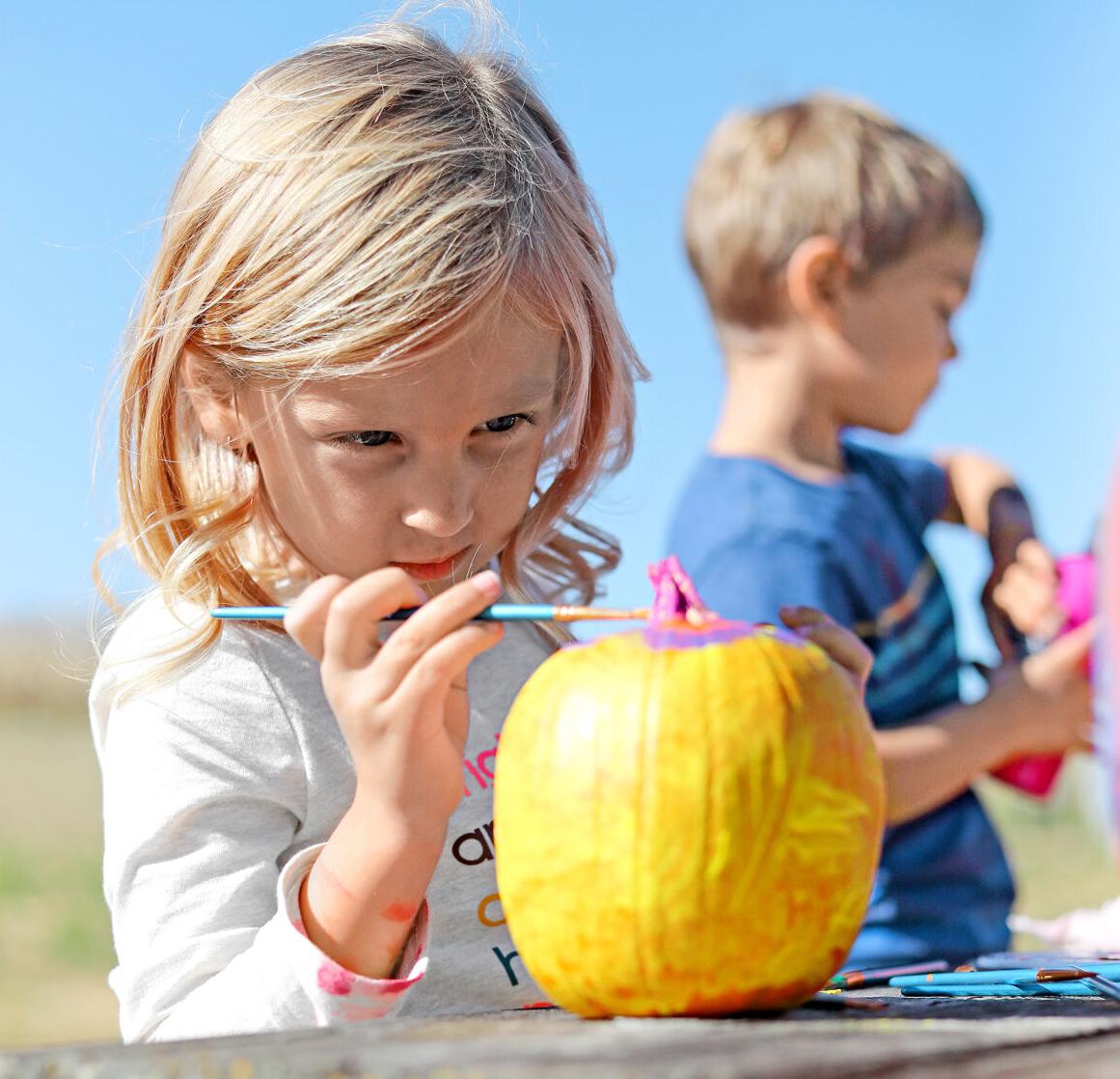 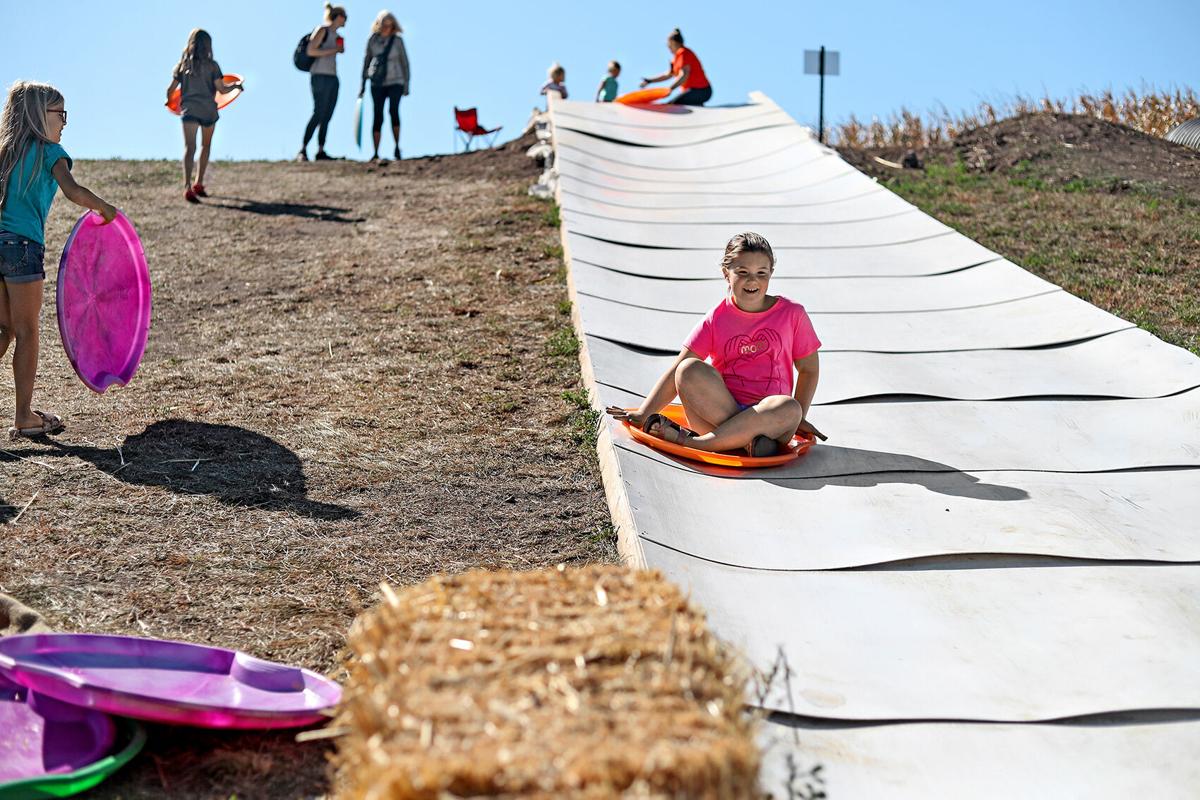 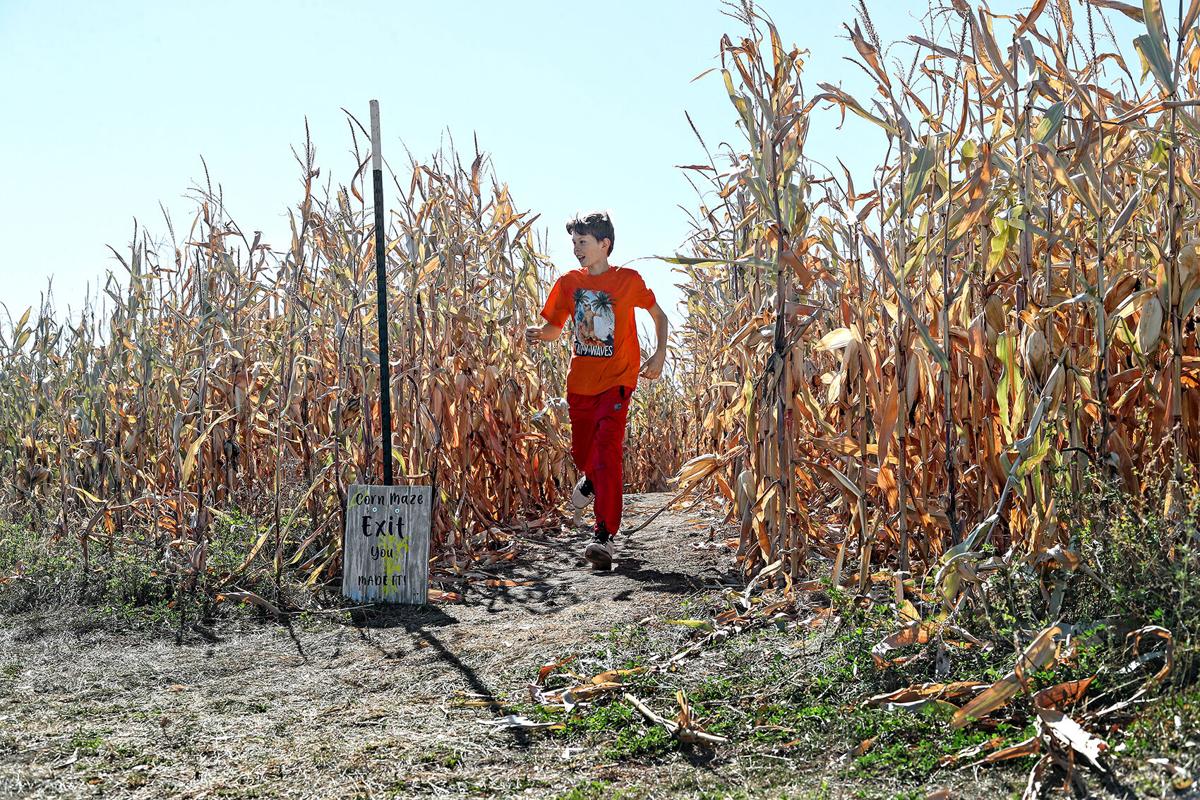 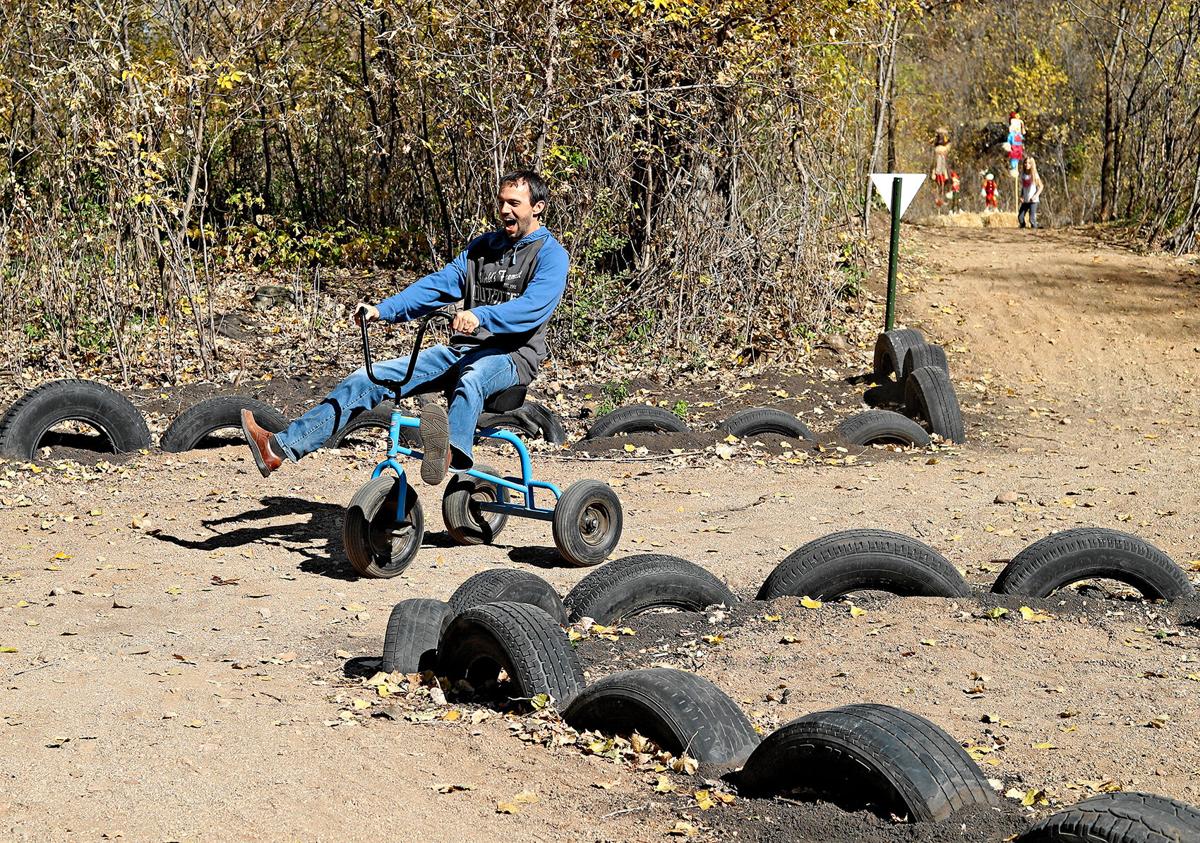 The Grove ready for fall season full of fun

For years, there has been a dream close to Taryn Kurpgeweit’s heart.

To own a pumpkin patch complete with fun and games — a place where families could come and spend the whole day having fun in the fall.

Last year, her dream came true, and they are back in action again this fall.

The Grove opened just outside of Milford in the fall of 2020 and they are open again on weekends through the end of October.

“I have always had a dream to have a pumpkin patch,” Tayrn said. “We’re country kids. Back home in Wayne, NE, my husband’s family and my family have been farmers for generations back. We loved going to pumpkin patches when we lived there — when we went it was a whole day event with food, snacks and games and all kinds of fun.”

Their family, along with volunteers from the community, built a number of attractions around the patch. They also learned all about growing pumpkins in their patch on the property.

“We learned a lot about growing pumpkins last year. We grew some, but we really mastered in weeds,” Taryn said with a laugh. “We got it under control and now we’re growing pumpkins.”

In addition to the pumpkins in their very own patch, they will also be selling pumpkins that have been grown by some other local pumpkin lovers.

The Grove also has a corn maze that they credit to a number of generous people who donated their time and their talents.

In addition to the corn maze there is also a corn pit, a trike track, a tire playground, fire pits, a s’mores station, a burlap sack slide, a petting zoo, train rides, lawn games, concession stands and food trucks. New this year will be a mining station where kids can search for gems, crystals, rocks, arrowheads and more. Another new addition this year will be a human hamster wheel and an electric roping station.

After years and years of dreaming, Taryn is excited to be living her dream for a second season with The Grove.

“It’s been a long time and it was a crazy amount of work to get it going, but it’s been such a rewarding thing for me,” Taryn said. “It’s crazy busy, but the moment you stop and take in all the families and see the kids, parents, grandparents, enjoying themselves so much — that’s the most rewarding thing.”

When: Open Saturdays and Sundays 10 a.m.-6 p.m. through October