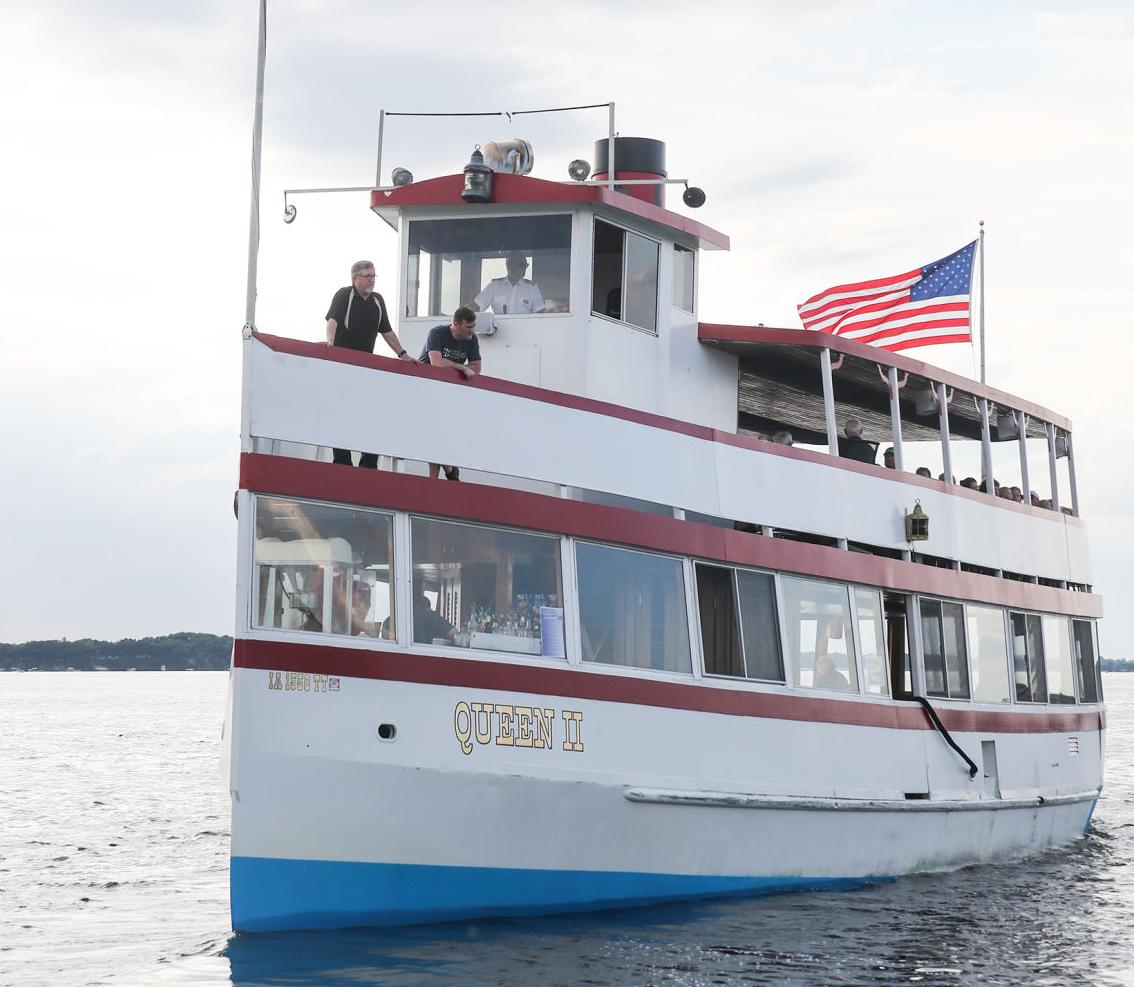 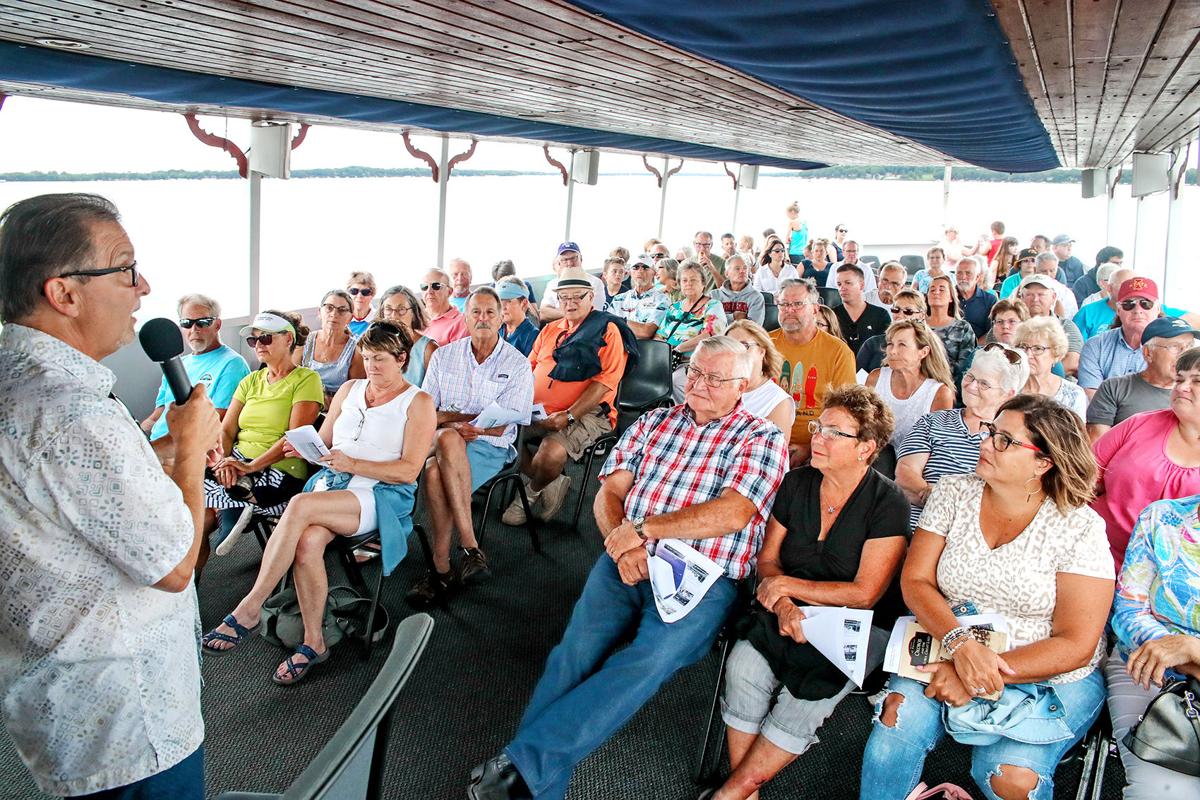 The repairs are complete and the Queen II is ready to cruise once again.

The Queen II will be making its regular one-hour-and-fifteen-minute loop around West Lake Okoboji, starting at 1 p.m. Monday, July 6, after undergoing mechanical and cosmetic repairs the past few weeks.

The vessel had been out of commission due to damage incurred after experiencing mechanical and power issues while attempting to dock during stormy weather in early June.

There will now be four cruises departing Fridays and Saturdays at 1, 3, 5 and 7 p.m. from the Queen II’s post in front of Arnolds Park Amusement Park. During the week there will be cruises at 1 and 3 p.m. Monday, Tuesday and Wednesday, and three cruises Thursday and Sunday at 1, 3 and 5 p.m.

The Queen II has its own dedicated ticket window allowing those interested in taking a cruise the opportunity to skip the line at the amusement park windows.

That is where the experience will begin to differ from seasons past.

“What they’re going to do there is show you a seating chart of both decks with groups of chairs all set six feet apart,” said Casey Schmidt, events manager at Arnolds Park Amusement Park.

The chairs are placed together in groups of two, four and six apiece. Guests are able to pick out their preferred placement.

“If we’re all sold out of two-person groupings and there are only two of you then ideally you’ll get into a four-person grouping instead, so that no matter what those who come together can sit together, but nobody outside of your group will be sitting close to you,” Schmidt said.

There are a total of 66 spots available though Schmidt noted it would have to take some perfect math and quite a bit of coincidence to get every chair filled.

Bright taping will give folks a guideline to maintaining proper social distancing while waiting to board the vessel and each guest will have their temperature checked before stepping foot on the Queen II.

They will be following guidelines from the CDC with a temperature of 100.3 degrees being the threshold for someone to be unable to ride.

“That dock is not covered and sometimes you have wait there in the sun, so if they don’t meet that we’ll give them a chance to cool off — we have air conditioning now on the Queen so that’s a huge plus,” Schmidt said. “If they still can’t get that temp down we’ll be happy to refund them or try to get them on the next cruise.”

Staff and guests will all be required to wear masks.

Once on the water guests will be treated to the usual leisurely cruise around West Lake Okoboji. While the pilot house will be off-limits this season, the ever-popular bow will still be open for photo ops and views from the front of the vessel as it parts the waves.

“That’s a very popular part of the boat and we do have an announcement letting guests know about traffic flow and to take a photograph and enjoy the view for a minute but then move on so others can do the same,” Schmidt said. “We just ask that everyone be respectful, and we’ve been lucky that’s been the case. People have been ‘Iowa nice’ as I’d call it, especially here.”

Schmidt also noted the importance of having the Queen II cruise the waters as people seek some sort of solace from a turbulent few months.

“I truly think that along with the amusement park and the fireworks, the Queen brings a sense of normalcy, a sense of healing to Dickinson County that people need right now,” Schmidt said. “People love hearing that boat whistle and I know that people love seeing it out on the water.”

“In the late 19th century, the lakes region became a resort area and the small steamboats and sailboats could not keep up with the flow of vacationers. The Queen, a large steamer, was constructed, along with other larger boats, to accommodate this new need. By the 1920s, the construction of roads around the lakes brought about the demise of most of the fleet. In 1973 the Queen was finally retired, after 89 years of service. The Queen II was commissioned and built in 1986 and she was designated the ‘Flagship of the Iowa Navy.’